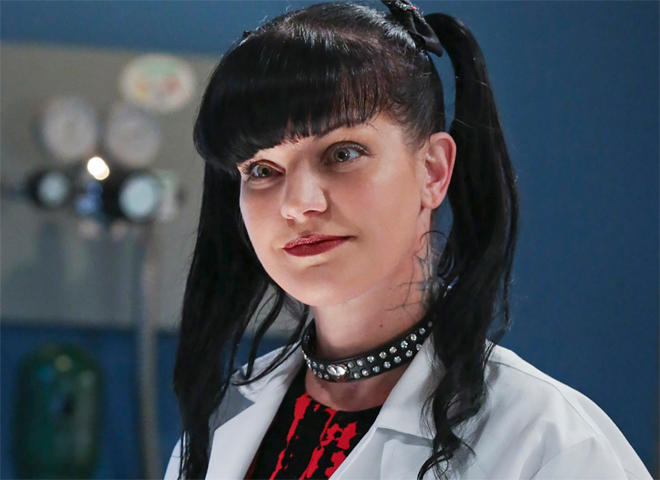 After 15 years, Pauley Perrette is saying goodbye to "NCIS" and her character, forensic scientist Abby Sciuto. Her final episode airs Tuesday night, and the actress admits that she's having a hard time bidding the show farewell.

On Monday, Perrette tweeted that she was "so worried" for her fans ahead of her final episode and dropped several hints about it. She added, "It's sad, But I hope hope hope you will all watch. I Want the world to watch. I did my best work for you. And TONS of flashbacks. Everyone is there. Love you! Get everyone to watch please."

A teaser showed Abby on a stretcher in a hospital. Writer Jennifer Corbett tweeted, "This was a difficult script to write, and while saying goodbye to a character is never easy, I'm so proud of how this episode turned out."

On CBS' "Sunday Morning," the "NCIS" star said, "I'm still grieving. And it's sad. I, like, usually cry in my car every single day when I drive to work. And I usually cry on my way home at some point. And then I take a deep breath, and I go, 'All right,' you know?"

She told ET that when she first told her cast mates and crew, she choked up.

"I just made a very feeble attempt to try and tell them without crying and I made it for about 10 seconds," Perrette said. "'I just want you guys to know,' and that was it. I'm like, [crying], 'I love you, guys,' then I have to get right back to work and do a three-page monologue about science."

On "Sunday Morning," Perrette also talked about her admiration for her character -- a young, intelligent female scientist.

"Abby made science cool and attainable for young women," Perrette said. "And this television character did more than encourage it. It made it cool. It made it exciting. It made it fun."

Abby is known for her black hair, neck tattoo and quirky outfits; Perrette tweeted a link to a video that showcased Abby's style over the years.

It's safe to say that fans will want a box of tissues for this one.

Perrette's final episode airs Tuesday at 8/7c on CBS and CBS All Access.