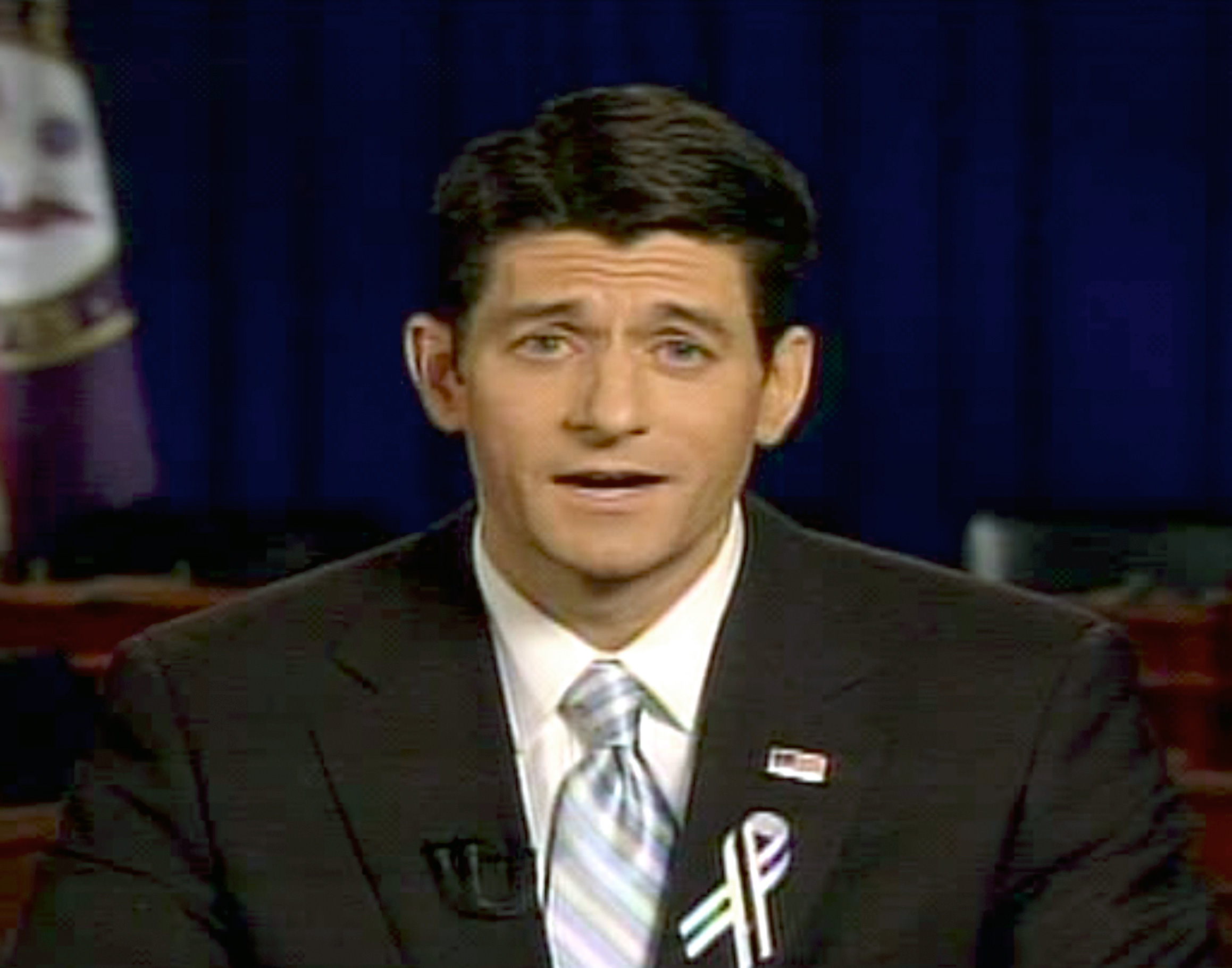 While the speech was light on details of which parts of the federal budget should be cut, Ryan described the current moment in time as a "tipping point" where government size and spending must be reduced or "America's best century will be considered our past century."

Ryan spoke from the House Budget Committee room, where he currently reigns as chairman. The move was largely seen as symbolic beforehand, and the federal budget and its shortfalls were themes that ran throughout his speech.

"The debt will soon eclipse our entire economy, and grow to catastrophic levels in the years ahead," Ryan said. "On this current path, when my three children - who are now 6, 7, and 8 years old - are raising their own children, the federal government will double in size, and so will the taxes they pay. The next generation will inherit a stagnant economy and a diminished country."

Leading off the GOP response, Ryan began by expressing sympathy for the victims of the Tucson tragedy, but then touted recent Republican-led House votes to reduce Congress' own budget, as well as to restore government spending levels to earlier, lower amounts.

Before long, Ryan zeroed in on Mr. Obama's calls for further "investments" to improve the economy, and derided them as tools of a "government that controls too much; taxes too much; and spends too much in order to do too much."

The economic policies of Mr. Obama and the Democrat were to blame for an unemployment rate that remains above 9 percent and a government that has added over $3 trillion to the national debt, Ryan said.

Ryan said another culprit for our current "fiscal crisis" is the Health Care Law, or "Obamacare," to critics. Ryan implied its passage is to blame for higher health care costs and lost jobs, as well as "accelerating our country toward bankruptcy."

Austerity measures being implemented throughout Europe should be warnings to America, he added, that government spending and reach must be reduced, lest we end up in the same financial position of Greece or Ireland.

"We need to reclaim our American system of limited government, low taxes, reasonable regulations, and sound money, which has blessed us with unprecedented prosperity," Ryan said. "It has done more to help the poor than any other economic system ever designed. That's the real secret to job creation - not borrowing and spending more money in Washington. Limited government and free enterprise have helped make America the greatest nation on earth."

Obama: "The Future is Ours to Win"

This Is Our 'Sputnik Moment'

State of the Union: The Pundits React

Poll: High Marks for Obama's State of the Union Speech

Poll Response to State of the Union 2011