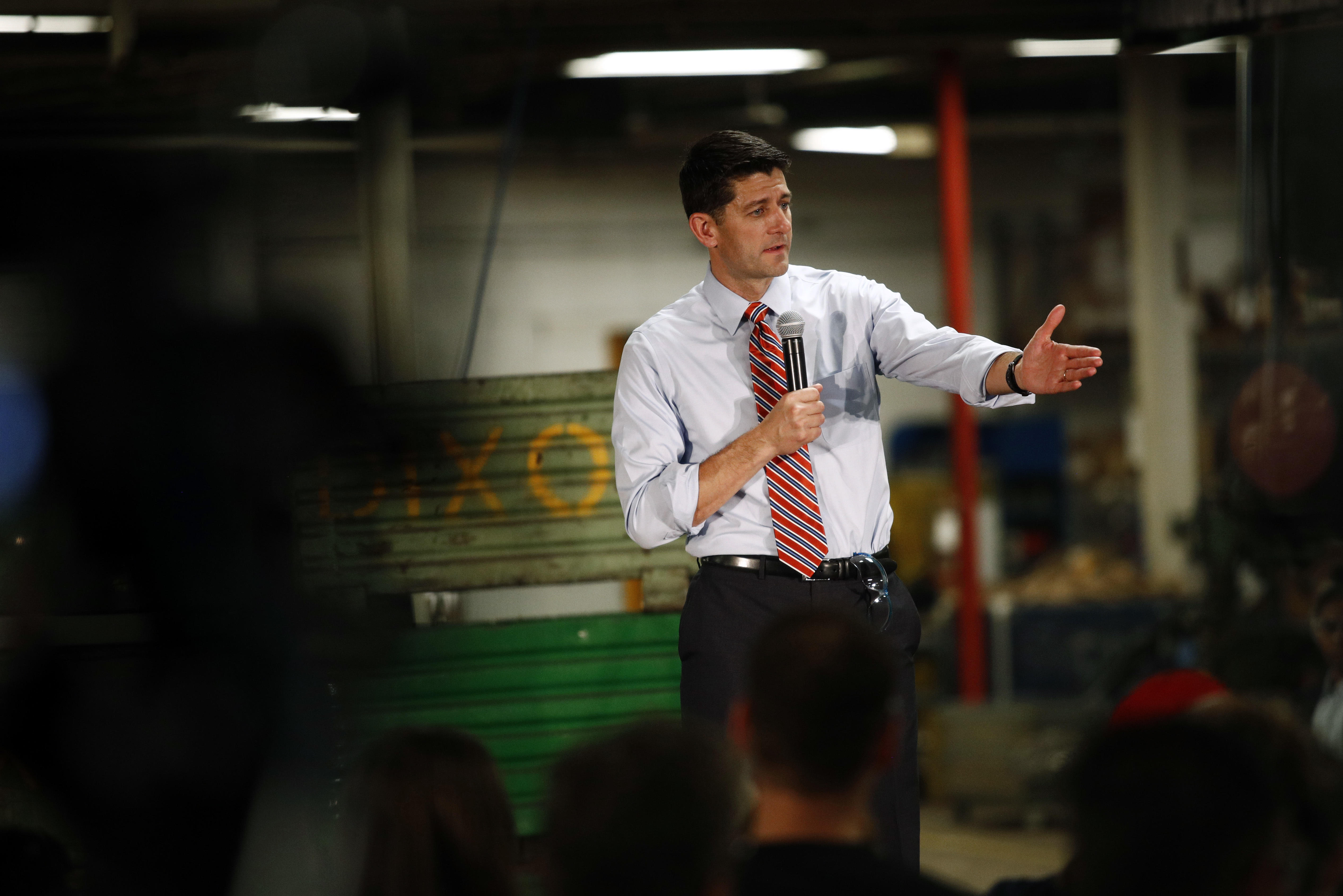 Speaker of the House Paul Ryan suggested that bump stocks should be regulated during a news conference Thursday afternoon from Dixon Valve & Coupling Company in Chestertown, Maryland.

However, the Speaker called for more information on the devices before making regulatory decisions.

"A lot of us are coming up to speed with just what this is, but having said that, fully automatic weapons have been outlawed for many, many years," Ryan said during the conference. "[A bump stock] seems to be a way of going around that. So obviously we need to look at how we can tighten up the compliance with this law so that fully automatic weapons are banned."

Bump stocks are devices used to increase the discharge rate of a firearm, allowing semi-automatic weapons to mimic the firing rate of automatic weapons. The conversation surrounding bump stock regulation began following the Las Vegas massacre in which about a dozen of these devices were found in the shooter's hotel room.

"I didn't know what a bump stock was until this week," Ryan said.

"The point is: we all have to get more educated as to what they are, how they became available in the first place. Was it a regulatory misstep by ATF some number of years ago? And we all know and believe that fully auto weapons are illegal, and so is this a big gap that needs to be closed? And if so, how to close it? We're all just beginning to go through that analysis," he said.

Several members of the GOP in both the House and the Senate have expressed openness to potential regulations.

"We certainly welcome that, would like to be part of that conversation," Sanders told reporters. "And we would like to see a clear understanding of the facts. And we'd like to see input from the victims' families, from law enforcement, from policy makers. And we're expecting hearings and other important fact-finding efforts on that and we want to be part of that discussion. We're certainly open to that moving forward."

The National Rifle Association (NRA) also announced their position that bump stocks should be subject to additional regulations in a statement Thursday.

"In the aftermath of the evil and senseless attack in Las Vegas, the American people are looking for answers as to how future tragedies can be prevented," said Wayne LaPierre, the NRA's CEO, and Chris Cox, executive director of the NRA Institute for Legislative Action in a joint statement.

"To what extent did the Russians try to meddle?"

Ryan pointed out the multiple investigations happening surrounding Russia's interference in the 2016 U.S. presidential election and acknowledged reports that the Russian government attempted to influence voters through digital political advertising on social media sites like Facebook.

The speaker said that we need to "equip ourselves with the tool to prevent it from happening again."

Following news of Rep. Tim Murphy's affair and subsequent reported urging of the mistress to have an abortion, Ryan said the representative should "move on."

"I think it's appropriate and in his interest to move on to the next chapter of his life," Ryan said, adding that he won't go into the "timing" of the resignation.

"we all have to get more educated as to what they are, how they became available in the first place," Ryan said of bump stocks, calling for more information on the devices.

The proposed tax reform plan would eliminate state and local tax deductions. Ryan explained that by eliminating "loopholes" like this, and raising the standard deduction, he hopes to benefit the middle class.

"We want to give every middle income family in America a tax cut," Ryan said.

"The purpose of tax relief is to give middle income taxpayers a tax cut, give them a tax break," Ryan said.

Ryan is asked about bump stocks

"I didn't know what a bump stock was until this week," Ryan said.

Ryan said that bump stocks "seem to be a way of going around" illegal fully automatic firearm use.

"We have to do more research to make sure the spirit of the law is upheld."

Speaker Ryan will begin his press conference from Chestertown, Maryland where earlier Thursday he visited Dixon Valve & Coupling Company to discuss tax reform with workers there.