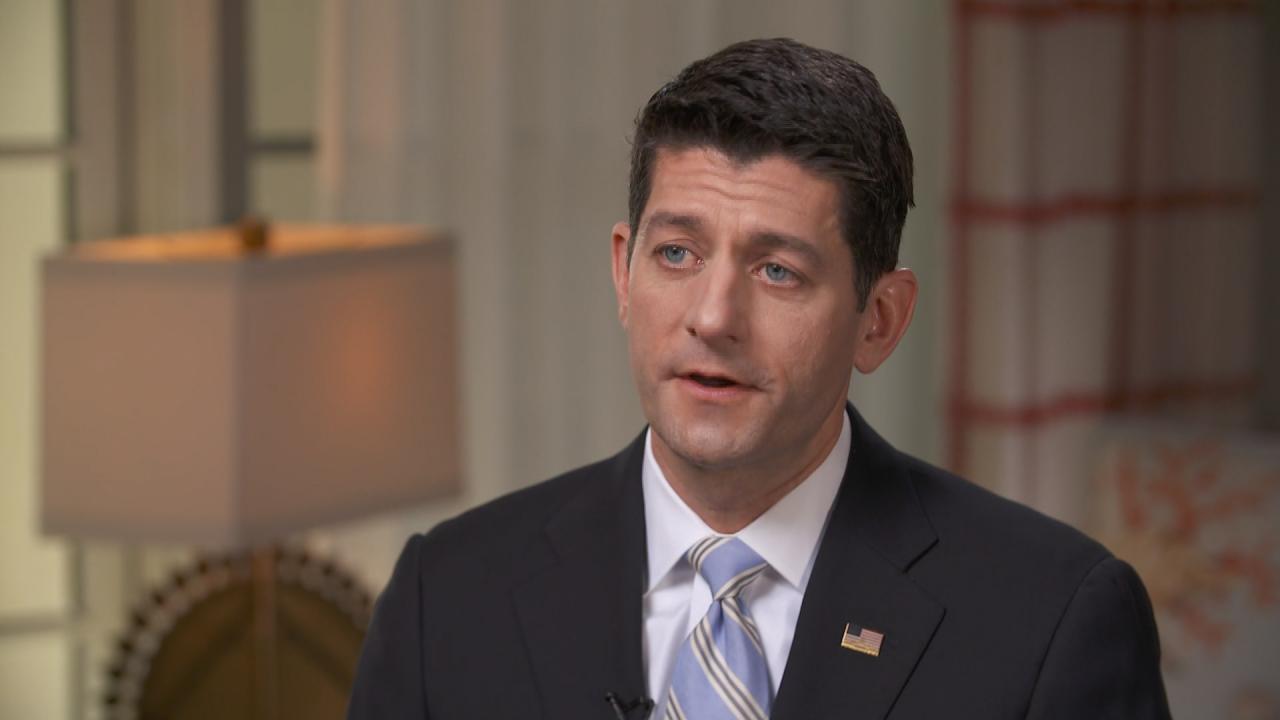 House Speaker Paul Ryan said in an interview airing Sunday that he has not seen anything to suggest former President Obama wiretapped President Donald Trump during the 2016 election -- but that what Mr. Trump tweets is “outside of [his] control” and that the congressional investigation will clear up the truth.

“That’s outside of my control, what is tweeted or what isn’t tweeted. We’re focused on health care. The president’s focused on health care,” Ryan said in an interview with CBS’ “Face the Nation.” “I think he’s frustrated with this whole thing about Russia. I think he’s frustrated with selective leaks coming from parts of government that malign his campaign.”

“But the reason why we think the intelligence committees are the ones who should do this is the last thing we want to do is compromise the sources and methods of our intelligence gathering so that we get to the bottom of all of this,” he continued.

Ryan was referring to Mr. Trump’s tweets earlier this month alleging, without presenting proof, that Obama wiretapped him at Trump Tower during the 2016 campaign. Asked whether it took Republicans off course as they prepared to roll out their health care plan, Ryan replied, “Yeah, that wasn’t really part of the health care marketing campaign.”

Ryan said that in his role as a top leader in Congress he has not heard anything about alleged wiretaps on Trump Tower or Mr. Trump’s associates, but that the “proper place” for the discussion is in the congressional committees conducting the investigation.

“Both the House Intelligence Committee and the Senate Intelligence Committee are going through all of this. That’s the proper place for this. And, by the way, we’ve been presented with no evidence that anybody, any American was in collusion with the Russians on meddling with our election. We know the Russians meddled with our election. We said so before the election,” he said.

Ryan said there has been a “lot of reporting” about the wiretapping claims and “the key is get to the bottom of it.”

“Make sure the intelligence committee investigates these things,” he said. “And I think if -- when we get through all of this investigation, I think we will discover that they didn’t do those things, but Russia did try to meddle with our elections.”