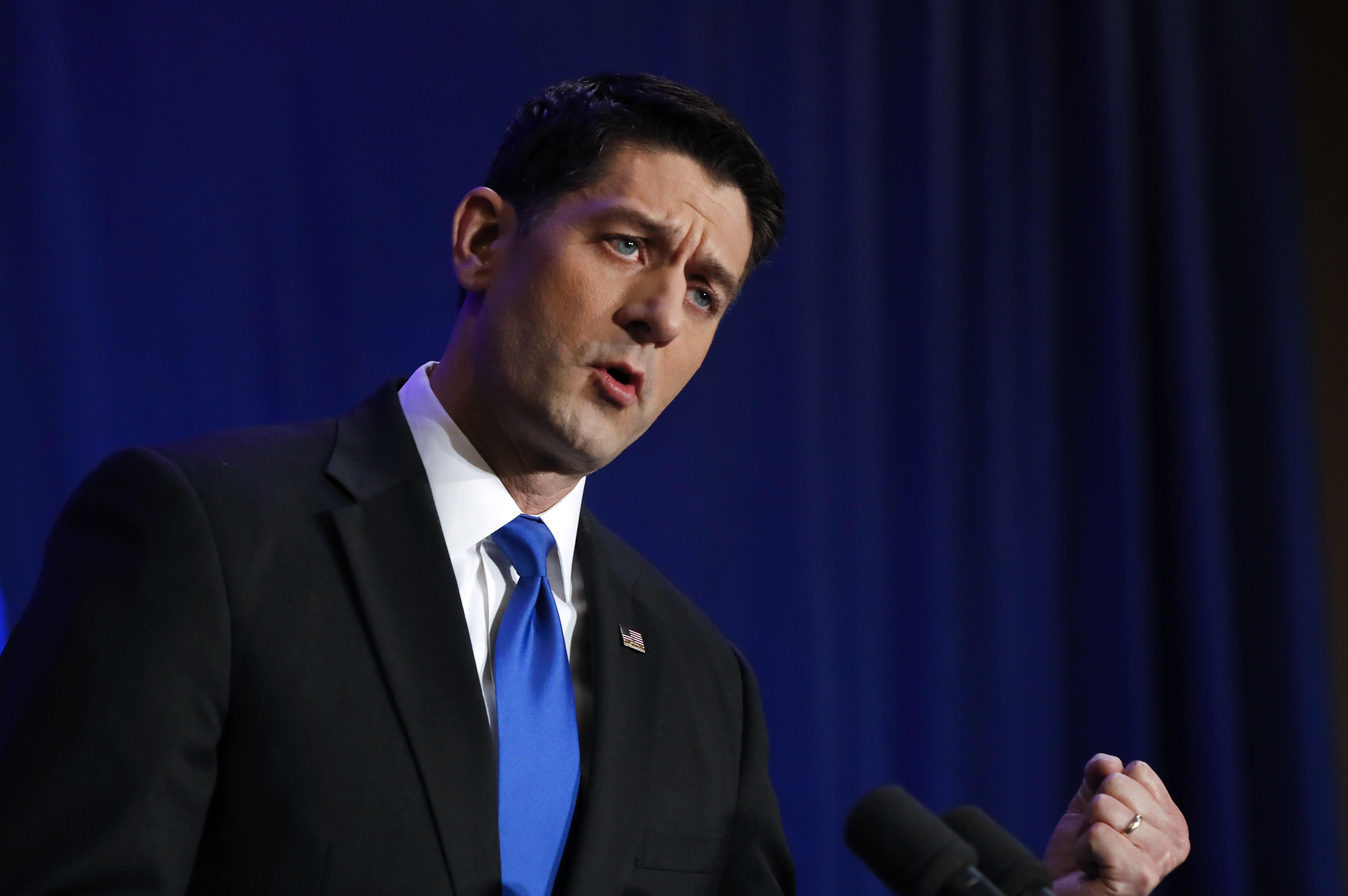 Speaking at a press conference Janesville just hours after Trump declared victory, Ryan said he spoke to Trump twice and said they spoke about the importance of uniting Americans.

“We talked about the work ahead of us and the importance of bringing our country together,” he said. “Donald Trump heard a voice out in our country that no one else heard. He turned politics on its head. Now, Donald Trump will lead a unified Republican government.”

The Wisconsin Republican credited Trump’s “coattails” with delivering GOP victories in the House and Senate, allowing Republicans to keep control of their majorities in both chambers, no small irony, given that for much of the run-up to the election, Republicans running down ballot feared his candidacy would be a drag on their prospects on Election Day.

“Our House majority is bigger than expected. We won more seats than many people expected,” Ryan said. “Much of that is thanks to Donald Trump.” It was, he said, “the most incredible political feat I have seen in my lifetime.”

Ryan said that Trump’s presidential win signals how much Americans want a change in the country’s direction.

“There is no doubt our democracy can be very messy,” he said. “We do remain a sharply divided country. Now as we do every four years, we have to work to heal the divisions of a long campaign...This needs to be a time of redemption, not a time of recrimination.”

Ryan said he already began talking about the transition with Trump -- he said he’s talked with Trump and Mike Pence twice each in the last 18 hours. He expressed confidence that he would work well together with Trump despite the fact that the two didn’t always see eye-to-eye during the campaign.

“We had great conversations about how we work together on the transition,” Ryan said. “I’m very excited about our ability to work together.”

He also said he looks forward to coordinating with Trump on what can be achieved in the lame-duck session of Congress.