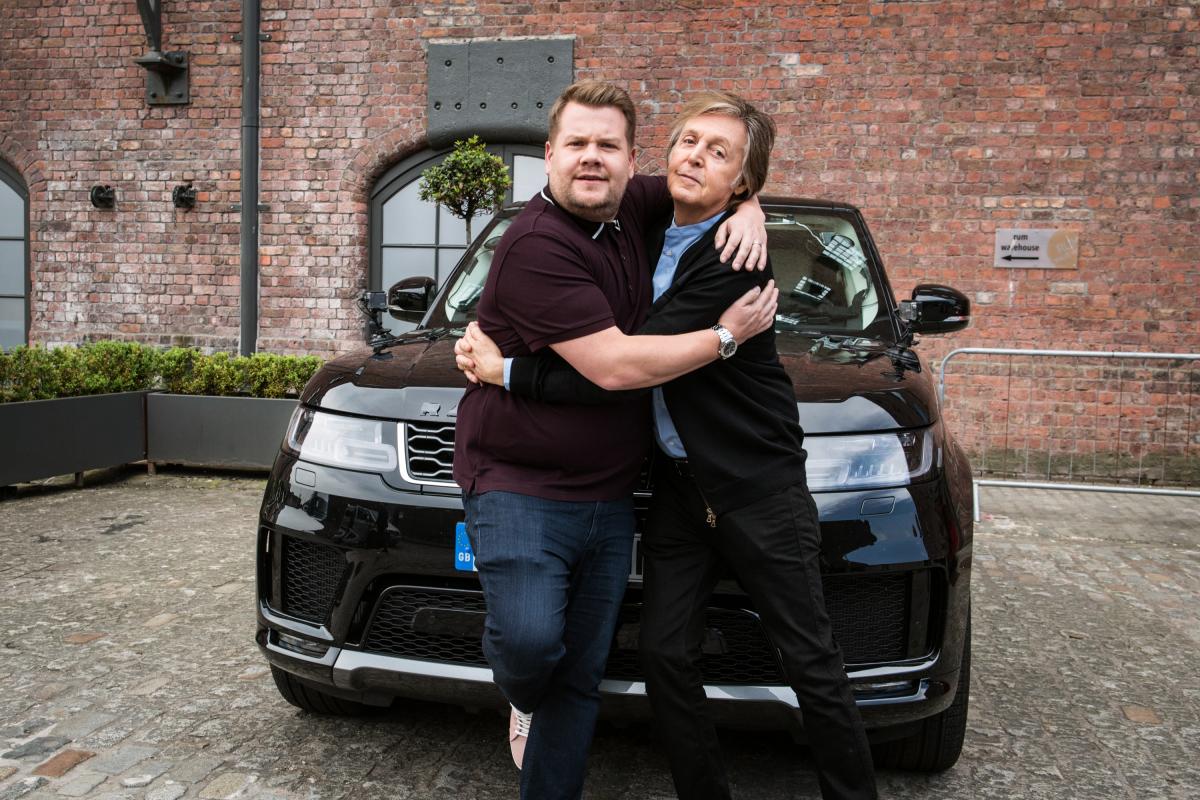 "Carpool Karaoke" hit a high note on Thursday night when Paul McCartney joined James Corden for a ride. The "Late Late Show" is airing from London this week, but Corden went up to Liverpool to take a drive with McCartney in the former Beatle's hometown.

Corden and McCartney visited a few of the singer's favorite spots around town during the segment. The two sang a few of the Beatles' greatest hits before the two talked about the importance about positivity in dark times.

"Your music is so full of positivity and joy and a message of love and togetherness," Corden said to McCartney. "I feel like it's more relevant now today than it's ever been."

McCartney then explained the origins "Let It Be."

"I had a dream in the '60s where my mom, who died, came to me in the dream and was reassuring me, saying, 'It's going to be OK. Just let it be,'" McCartney said. "So I wrote the song 'Let it Be,' about positivity."

The two then launched into an emotional rendition of the iconic song as Corden teared up.

"I can remember my granddad, who was a musician, and my dad, sitting me down and saying, 'We're going to play you the best song you've ever heard, and I remember them playing me that. If my granddad were here right now, he'd get an absolute kick out of this."

McCartney responded, "He is."