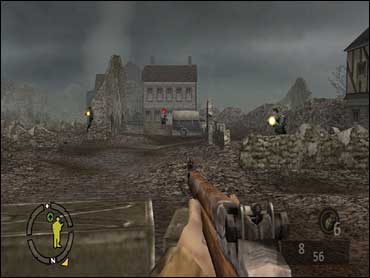 Congressional investigators are trying to determine whether a massive cover-up of a faulty ignition part by Ford that spanned well over a decade is part of a broader pattern of misleading regulators, the New York Times reports.

Citing internal Ford documents now being studied by the Congressional investigators, The Times reports Ford covered up a defect with an ignition part that causes cars to stall -- in spite of repeated internal studies, complaints from customers, reports of deadly and serious accidents, and warranty claims that topped 40 percent in some years.

Ford asserted in five federal investigations that it knew of no particular defect, while failing to reveal more than a dozen documents that would have shed light on the problem.

The head of Ford is scheduled to testify Tuesday before the Senate Commerce Committee chaired by John McCain about the Firestone tire recall. The National Highway Traffic Safety Administration is investigating 62 deaths that may be linked to the tires.

Alan Kam, who recently retired after 21 years as the National Highway Traffic Safety Administration's top lawyer for defects and enforcement issues, tells the Times that Ford's handling of problems with an ignition part known as a T.F.I module is the largest cover-up he has ever seen by an auto company.

"When I looked at this material I was astonished," he says. "Ford Motor Company had obfuscated the existence of the T.F.I. module problems even though it had problems on a massive basis."

"They had concealed signs of failures that were occurring at an astronomical level, at a figure far beyond any measure I have seen before. They were telling the agency they didn't know what was causing stalling while they were doing extensive studies showing they knew what was causing the stalling."

Kam has been hired as an expert witness for plaintiffs suing Ford in a case that will be filed in Tennessee.

A California superior court judge in August said he may order a recall of as many as 2 million Ford vehicles because of the ignition part, and accused the company of deceiving federal safety investigators and consumers.

The automaker denies any ignition defects and said no injuries have resulted from allegedly faulty devices. Ford spokeswoman Susan Krusel said the company would ask Judge Michael Ballachey to reverse his preliminary decision at a Sept. 28 hearing in Oakland, Calif.

"We're going to go back to court and present our case again showing that our vehicles are safe and there is no need for a recall," Ford Motor Co. attorney Don Lough told CBS News Corrspondent Sharyl Attkisson in August. "In the long run we expect that this decision will be reversed on appeal."

The Alameda County Superior Court judge's preliminary decision was issued in a lawsuit filed in 1996 on behalf of 3.5 million current and former California owners of Ford vehicles in model years 1983-95. They claim the vehicles stall because an ignition device was mounted in the wrong place.

No other judge has ever ordered a vehicle recall, but Ballachey has said that the law gives him the power to do just that.

The suit challenges Ford's placement of the thick film ignition (TFI) module, which regulates electric current to the spark plugs. In 300 models sold between 1983 and 1995, the module was mounted on the distributor near the engine block, where it was exposed to high temperatures.

Ford executives question whether that would pose a safety hazard and how to properly define "safe."

Ballachey's preliminary order harshly criticized how Ford dealt with the federal safety agency and agreed with the plaintiffs that the company withheld information.

"Ford's strategy, clearly established by the credible evidence, was: 'If you don't ask the right question, we don't have to answer with what common sense tells us you want to know,'" Ballachey wrote.

"Ford presented a blizzard of unpersuasive statistical evidence in an attempt to disprove the obvious: That TFI modules failed in enormous numbers from the outset, that they continued to fail in unacceptable numbers for many years before being replaced by successor technology, and that they presented a serious safety risk to its consumers."

Ford denied it concealed critical information and said its vehicles were no more prone to stalling than any others and posed no hazard.

"We're very concerned for our customers because modifying the ignition switches in the way the court suggests would do more harm than good," Krusel said. "The modules have lasted over 100,000 miles on average ... and in 18 years have never caused an accident."

After complaints from customers and dealers about stalling, Ford recalled 1.1 million 1984-85 vehicles in 1987 to repair their ignition devices. Federal safety officials investigated in 1984, 1985 and 1987 and found no safety defects.