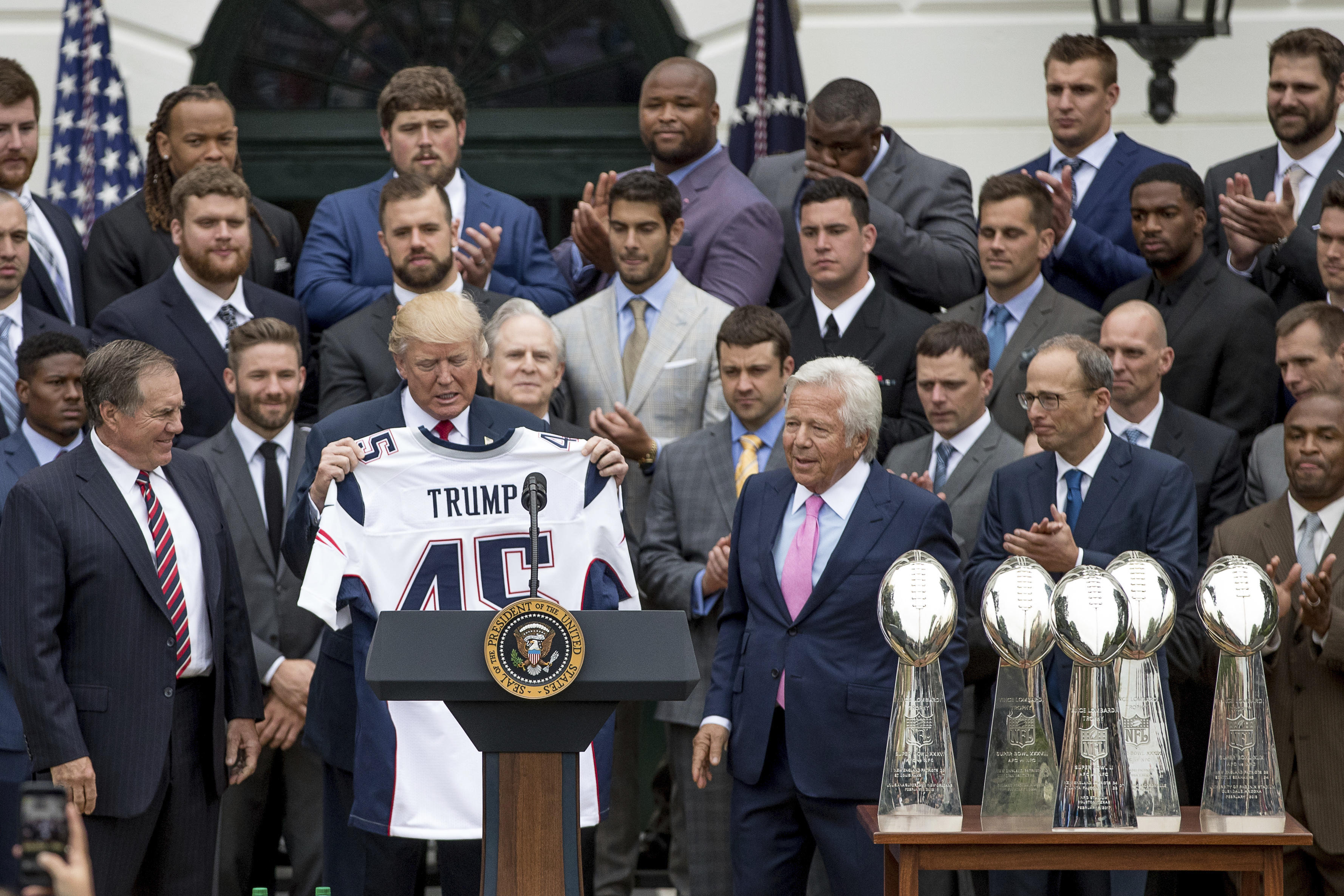 President Trump welcomed the New England Patriots to the South Lawn of the White House Wednesday to congratulate them on their fifth Super Bowl championship.

“You pulled off the greatest superbowl comeback of all time,” Mr. Trump told the players.

The team gave Mr. Trump a Super Bowl 51 helmet and a New England Patriots’ jersey with “Trump” and “45” printed on the back, a nod to the fact that he’s the 45th president of the United States.

Mr. Trump also thanked Coach Bill Belichick for a letter he wrote congratulating the president on his win in the 2016 Republican presidential primaries, which Mr. Trump later read at a rally “in a very, very big and important state.”

“Whether you’re trying to win a Super Bowl, or rebuild our country, as Coach Belichick would say, ‘there are no days off,’” the president said.

The visit came on the same day as the news that former Patriot’s tight end and convicted murdered Aaron Hernandez hanged himself in prison Wednesday morning. Hernandez was found by guards in his cell at a Massachusetts correctional facility.

Quarterback Tom Brady did not attend the visit, citing “personal family matters” as the reason for his absence. The Boston Herald reported that Brady was spending time with his mother, who is fighting cancer. However players Devin McCourty, Martellus Bennett, Chris Long, Dont’a Hightower and LeGarrette Blount all decided to skip the South Lawn visit for political differences. Defensive tackle Alan Branch specifically cited Trump’s comments about women on the “Access Hollywood” tape as his reason for not attending.

“I think I’ve got this, but thank you,” Spicer responded, which drew a few laughs.