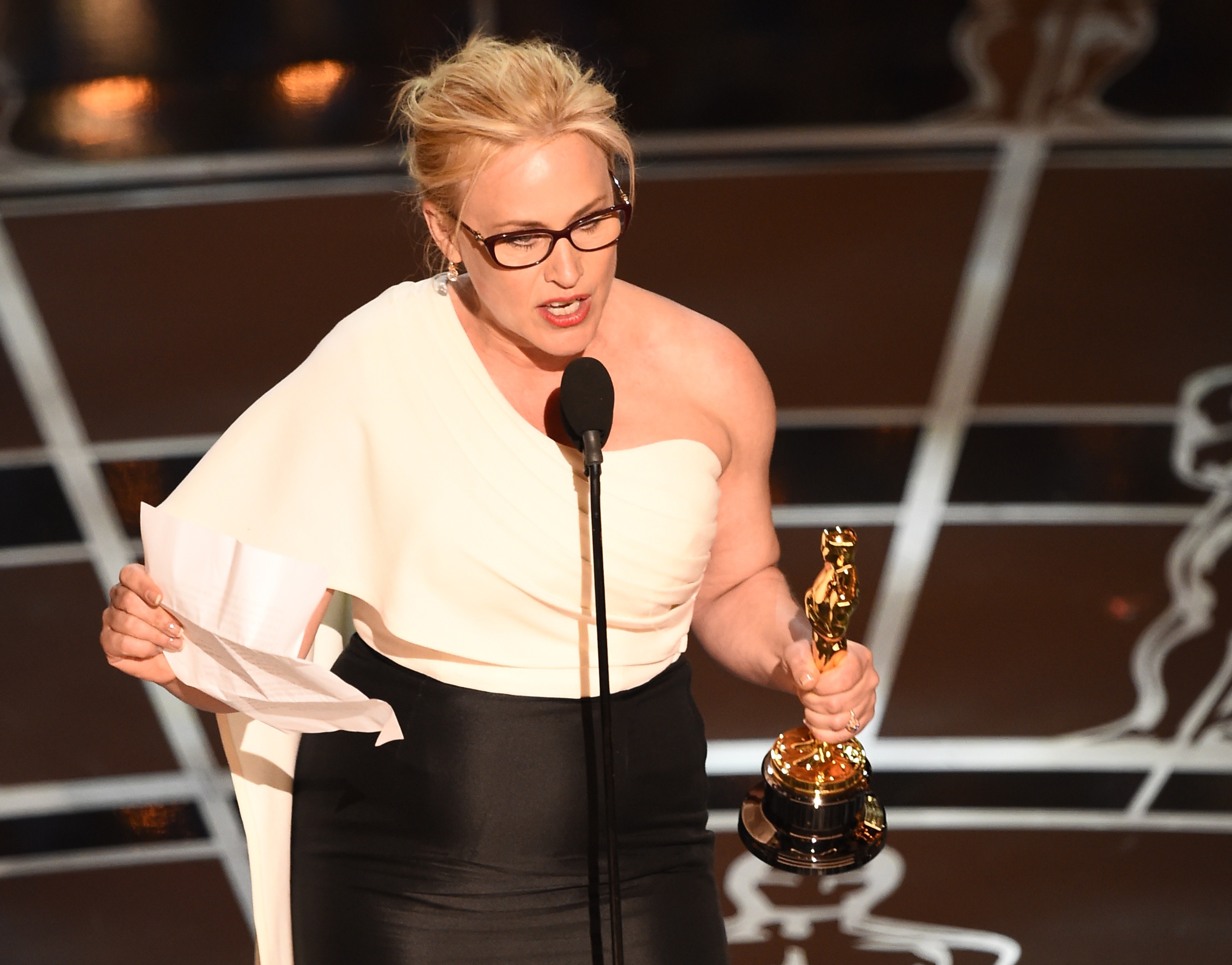 The "CSI: Cyber" star cited in February for her performance in "Boyhood" has a deal with Random House for a memoir about her "unconventional family," single parenthood and life in Hollywood, the publisher announced Wednesday. The book is currently untitled and a release date has not been set.

Arquette, who turns 46 next week, is the granddaughter of character actor and "Hollywood Squares" celebrity Cliff Arquette (aka "Charlie Weaver") and the daughter of actor Lewis Arquette. She has been married twice, including to fellow actor Nicholas Cage, and has two children. Her other films include "True Romance" and "Bringing Out the Dead."

Arquette recently generated a lot of buzz after accepting the best supporting actress award for her role in "Boyhood" at the Oscars. She ended her speech by saying, "It's our time to have wage equality once and for all and equal rights for women in the United States of America."

"I was a mother at 20, I couldn't buy diapers and food. I lived in poverty when I was little. There were times when I didn't have a pair of shoes to wear," Arquette told "CBS This Morning." "So I have a lot of empathy for other people and I feel like if I am fortunate enough to have success -- all of these women have been crying out. Nobody's been listening to them."