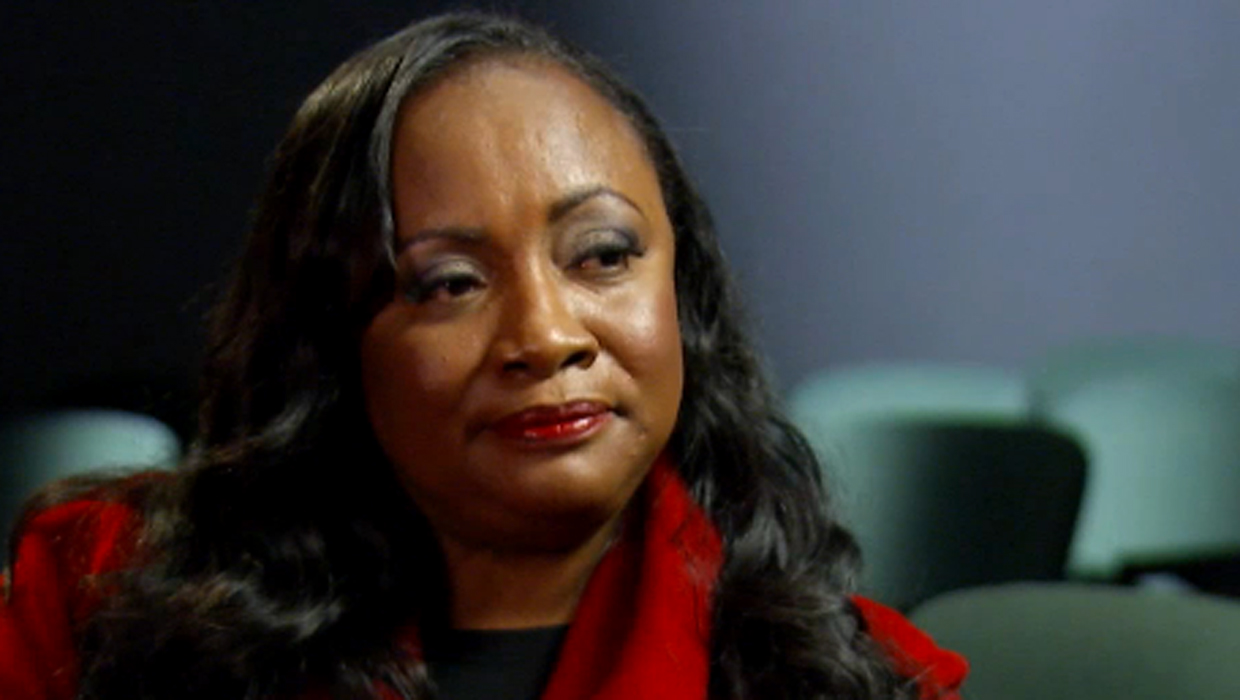 Bobbi Kristina Brown's death in July struck a painful blow to the 22-year-old's family, who is still coping with their loss.

Now, for the first time, Brown's aunt, Pat Houston, sat down with Kevin Frazier on Monday's "Entertainment Tonight" to discuss the events that led to Brown's hospitalization and how the family is recovering after her death.

As Whitney Houston's manager, confidante and sister-in-law, Pat was like a second mother to Bobbi Kristina, and she says she was planning an intervention before Bobbi Kristina was found unconscious in the bathtub at her home in Atlanta, Georgia.

"When we really found out that Krissy was in trouble, we were really making plans to do something about it," revealed Pat, who says she also wanted to send Bobbi Kristina to a rehab facility in California, "but it came too late."

In a lawsuit obtained by ET, Brown's conservator, Bedelia C. Hargrove, alleges that Nick Gordon injected Bobbi Kristina with a "toxic mixture" before she was found face down in the bathtub.

In a statement to ET, Nick Gordon's lawyers slammed the lawsuit filed against their client, claiming it is both "slanderous and meritless."

"Nick has been heartbroken and destroyed over the loss of his love and it's shameful that such baseless allegations have been presented publicly," the statement reads. "Nick has engaged civil counsel and intends to defend the lawsuit vigorously and expose it for what it is: a fictitious assault against the person who loved Krissy most."

Pat always had her doubts and even filed a restraining order against Nick last year.

However, she admits that the restraining order didn't have the intended effect, because Bobbi Kristina "didn't understand it."

"Where the world saw that she was angry and mad at me, she was texting me all along," Pat said. "I really tried to show her [that] I'm going to do this to let you know that you don't have to be afraid of anything. I got you.'"

"External attraction can really cause problems," she added, referring to the romantic relationship between Bobbi Kristina and Nick.

Dealing with the loss of Bobbi Kristina has been especially hard because the family still hasn't come to grips with her mother Whitney's death in 2012. In 2013, Pat and the family revisited the hotel room where Whitney died, and Pat recalled the experience.

"When we went into the room it was just so peaceful and calm and the room was lit -- it was like it was candle lit. It was just very, very calming," Pat recounted. "I went into the bathroom and I placed the flowers at the tub and I just sat there and just was thinking, 'What happened? How did we get here?'"

Three months after Bobbi Kristina's death, there is still a lot Pat wishes she could tell her niece. She opened up to Kevin about what she would have told Bobbi Kristina if she had the opportunity to speak with her again.

"You have to love yourself," Pat said. "You have to call on people and not allow someone to divide you and then conquer you."

Pat also responded to speculation that Bobbi Kristina's father, singer Bobby Brown, is going to write a memoir that would likely include stories about his ex-wife and his daughter.

"I don't really judge when it comes to that, you know? It could be something that could be very healing for him," Pat said. "You really never know what a person is going through so if he feels that he wants to write, he'll do it. But the only thing is you have to be very truthful. If it's good or bad, you have to own it."

Tune into "Entertainment Tonight" for more from Pat Houston on Bobbi Kristina's life and death. Click here for local listings.