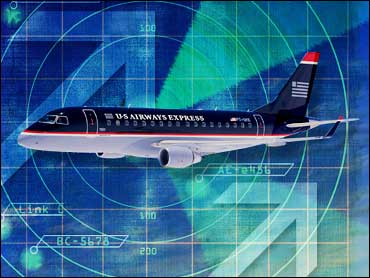 (AP) CHARLOTTE, N.C. - A female passenger aboard a US Airways flight from Charlotte, N.C., to Fort Myers, Fla., was arrested after attacking crew members before being wrestled to the floor by an off-duty deputy aboard the flight, an arrest report released Wednesday said.

The apparently intoxicated passenger aboard US Airways flight 1697 kicked, spit on, and cursed at a flight attendant after the crew member refused to serve her alcohol, according to the arrest report by Lee County Port Authority Police.

The incident happened Tuesday afternoon, just hours after passengers aboard a JetBlue flight from New York to Las Vegas wrestled down the plane's agitated pilot.

Police charged Peggy S. Albedhady-Sanchez, 50, of Union City, N.J., with three counts of battery and one count of interfering with an aircraft, the report said. A message left at Albedhady-Sanchez's home was not immediately returned Wednesday.

US Airways spokesman Bill McGlashen said Wednesday he didn't know how early in the flight the passenger became unruly, why she reacted, how she was restrained, or whether any flight attendants were injured.

"All I know is that during the flight the passenger became disruptive to the point where the crew took the precautionary measure of restraining her in the cabin," McGlashen said.

The woman was screaming and crying while she was checked by medics in the terminal before being taken away, according to Raleigh station WCNC , which said one of its reporters spoke to arriving crew members in the terminal.