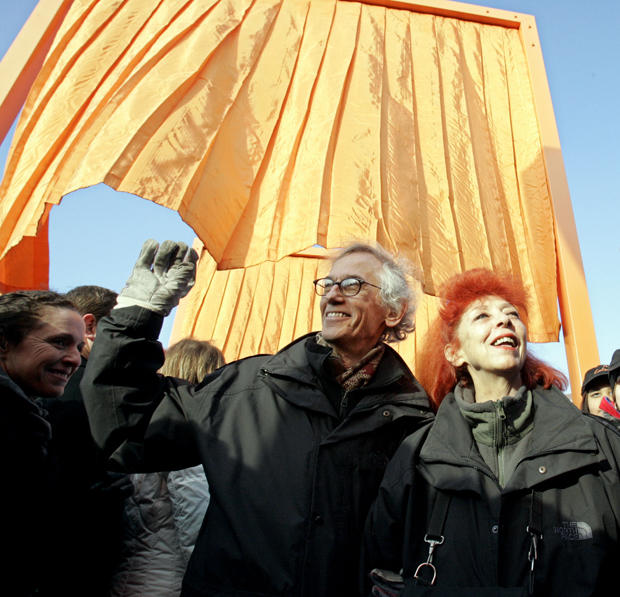 It happened this past week ... the loss of an artist who was truly all wrapped up in his work. Christo died Sunday of an undisclosed cause in New York City, his home for more than half a century.

With his wife and artistic partner Jeanne-Claude, he created a series of massive and eye-catching projects, including (but hardly limited to) matching umbrella displays in California and Japan ...

The enormous Reichstag building wrapped up in Berlin that "Sunday Morning" witnessed in 1995: "Wrapping up the Reichstag is really like building a building," he told correspondent Martha Teichner.

And then there was "The Gates" – an array of saffron stretching for 23 miles through New York's Central Park.

Christo and Jeanne-Claude self-financed their projects largely through the sale of drawings. As Jeanne-Claude was proud to say of the Reichstag, "The reason we want to do this project is, we want to see it."