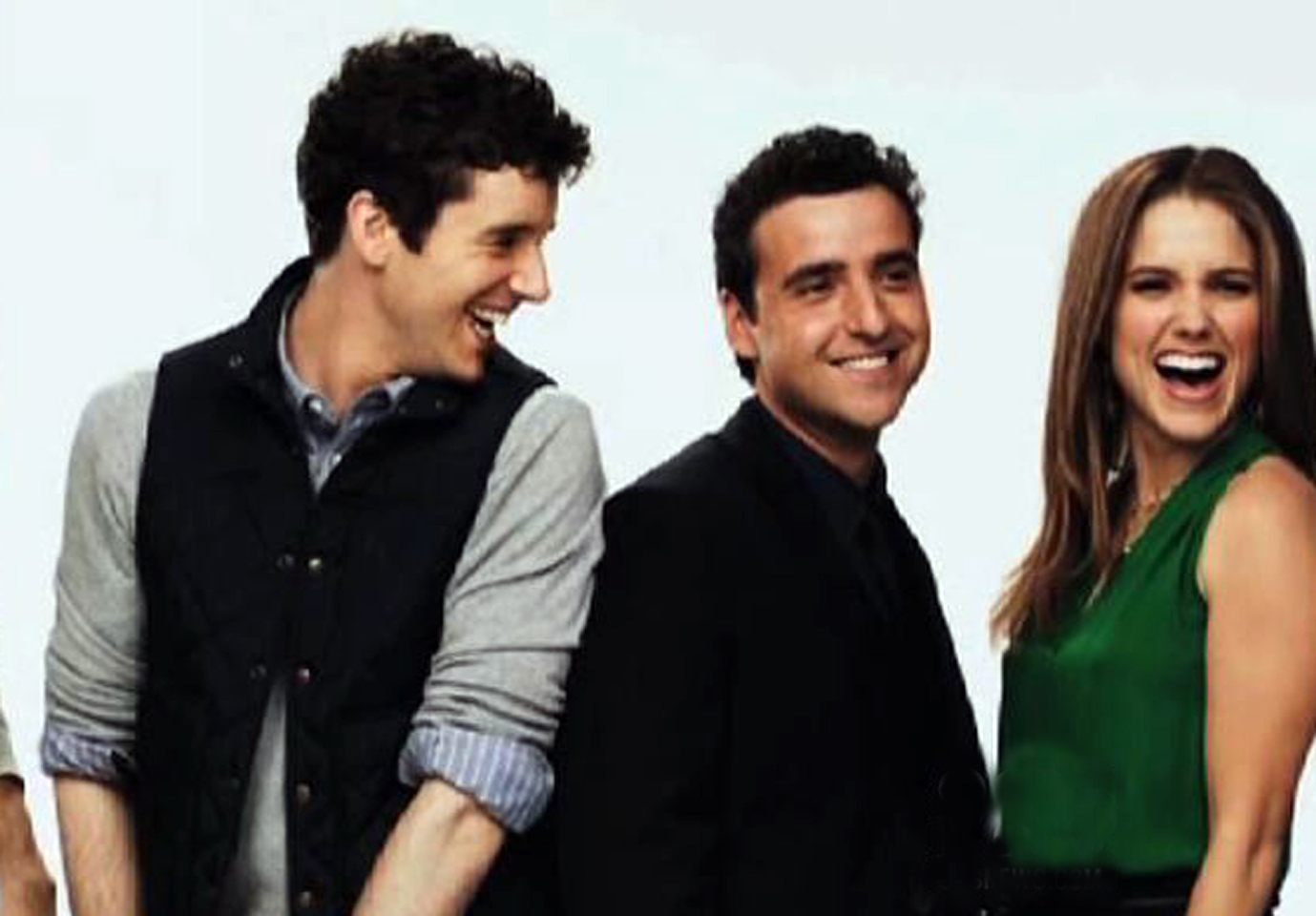 (CBS News) The fall TV season really gets under way tonight with the debut of a new sitcom on CBS and the return of dramas and comedies on CBS and ABC.

The new show is "Partners" starring David Krumholtz ("Numb3rs") and Michael Urie ("Ugly Betty"). The two are architects - one straight and one gay - and best friends whose relationship is put in jeopardy when one of them (Krumholtz) gets engaged.

This is also the season premiere for all of the CBS Monday night shows. "How I Met Your Mother" begins where last season left off with Robin and Barney's wedding.

"Mike & Molly" is following a whole new path this season, now that its stars Mike (played by Billy Gardella) and Molly (Melissa McCarthy) have gotten married.

In its second season,"2 Broke Girls," starring Beth Behrs and Katt Dennings as a pair of Brooklyn waitresses struggling to make ends meet, will get a new cast member. Jennifer Coolidge, best known as Stifler's mom in the "American Pie" franchise, will play Sophie Kachinsky

The show is taking over the 9 p.m. time slot previously held by the networkl's top-rated sitcom, "Two and a Half Men," which has moved to Thursdays.

Rounding out the night on CBS is the debut of season three of "Hawaii Five-O." The drama follows an elite crime-fighting squad on Oahu, led by Alex O'Loughlin as Steve McGarrett and featuring the actors Scott Caan, Danuiel Dae Kim, and Grace Park.

On ABC, a new season of "Castle" follows the premiere of "Dancing With The Stars" all-star season. After four seasons of denied romantic tension between writer-consultant Richard Castle and police squad leader Kate Beckett, the two have become a couple.

It will be interesting to see how their new relationship plays out as they chase down killers and try to find the people who killed Beckett's mother and are now threatening her. Season five begins at 10 p.m.

You can see a  preview of "Partners"  below.