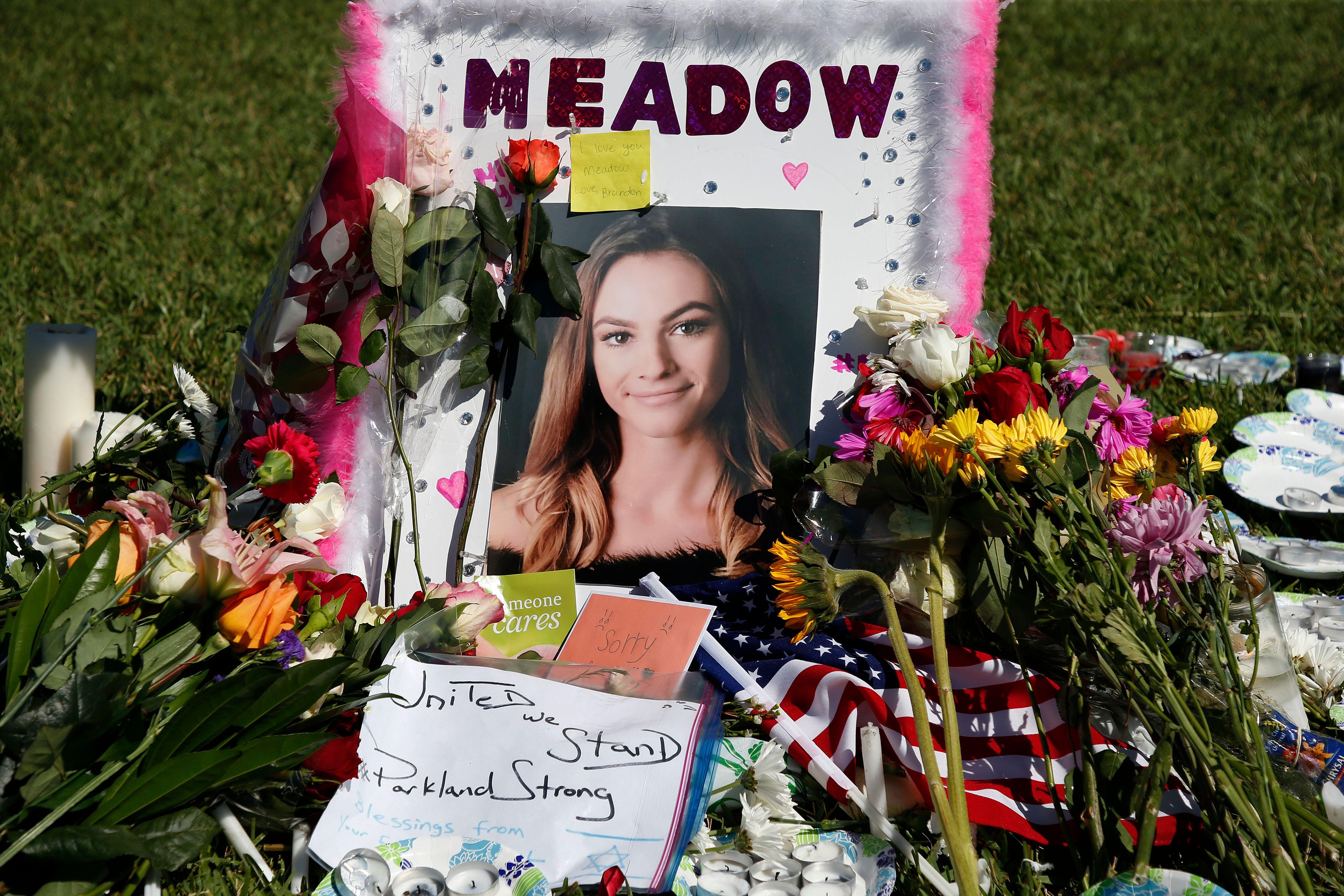 PARKLAND, Fla. -- An unarmed security monitor who critics say could have stopped the Florida high school massacre was suspended last year for sexually harassing two female students, with one of them later dying in February's shooting, her family told CBS Miami. The father and brother of Meadow Pollack say she was one of two girls Marjory Stoneman Douglas High School security monitor Andrew Medina harassed last year.  Medina was suspended for three days, even though a disciplinary panel recommended he be fired, a newspaper reported Thursday.

Andrew Pollack and his 20-year-old son, Hunter, said they didn't learn until after the Feb. 14 shooting that left 17 dead that Meadow and her mother had reported Medina, now 39, to Stoneman Douglas officials. Andrew Pollack said his ex-wife didn't tell them "because she knew I would have handled it."

Hunter Pollack said a Broward school investigator gave him the details after the shooting.

"Every day more incompetence gets exposed," said Andrew Pollack, an outspoken critic of how Broward County school officials and sheriff's deputies dealt with suspect Nikolas Cruz before the shooting.  Medina "should have been fired a long time ago."

Medina did not return a call from the AP seeking comment. The school district said in a statement late Thursday that Medina was suspended because he denied the allegations, had no previous disciplinary record and "there was no direct evidence to distinguish between the conflicting statements provided by the student and the employee."

According to records obtained by the South Florida SunSentinel, Medina, who is also an assistant baseball coach, asked one girl to go on a date and another said he made lewd comments to her and said he wanted to visit her at work. Broward County Schools investigators say one of the students' stories was corroborated by surveillance video of Medina approaching her in a hallway on Feb. 16, 2017.

According to Andrew and Hunter Pollack, Meadow was one of the girls. They said Medina would call Meadow, then 17, "beautiful and sweetheart," making her uncomfortable. They say that when her boyfriend confronted Medina, Medina threatened him. Meadow and her mother then reported Medina, they said.

Hunter Pollack said the other girl told him Medina made comments about her body and invited her over to his house for drinks.

"If I knew at the time, he would have been fired right away," Hunter Pollack told CBS Miami. "It's very unacceptable that the school board allowed this pervert to say stuff to my sister and other girls."

Pollack also wonders if Medina had been fired over the incidents, maybe a different campus safety monitor would have called for a code red or taken other actions to stop Nikolas Cruz, both of which Medina failed to do.

"I think it's politically incorrect that they didn't fire him because if they did, maybe they would have had someone competent to stop [Cruz] from getting on the campus," Pollack said.

Medina told detectives investigating the shooting that he spotted Cruz entering the school grounds carrying a bag and recognized him as a troubled former student who could be dangerous.

"We had a meeting about him last year, and we said, 'If there's gonna be anybody who's gonna come to this school and shoot this school up, it's gonna be that kid,'" Medina told investigators shortly after the shooting in a videotaped interview that was made public by prosecutors last week.

Medina didn't confront Cruz, nor did he call a "Code Red," which would have triggered an automatic lockdown of classrooms and brought police to the school, because he said he didn't see a gun. Instead, he radioed another unarmed security monitor, who hid in a closet when the shooting began.

Medina still works for the district but not at Stoneman Douglas.

"They still won't fire the guy," Andrew Pollack said. "There is incompetence everywhere in the Broward schools."

Attorneys for the 19-year-old Cruz have said he would plead guilty in exchange for a sentence of life without parole. Prosecutors say they will seek the death penalty.