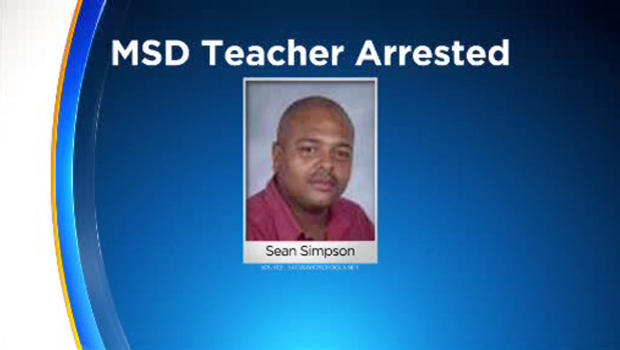 DEERFIELD BEACH, Fla. -- A chemistry teacher at the Florida school where 17 people were shot to death has been arrested. Authorities say he left a loaded gun in a public restroom, where a drunk homeless man picked it up and fired it.

No one was injured, but the teacher at Marjory Stoneman Douglas High School is now charged with failing to safely store his weapon.

A Broward Sheriff's report says 43-year-old Sean Simpson, who carries a concealed weapons permit, left his Glock 9 mm in a restroom at the Deerfield Beach Pier on Sunday. He told deputies he was returning to get it when he heard a gunshot, and found the man holding the pistol.

Simpson told a sheriff's deputy he wrestled the gun away from the man, CBS Miami station WFOR-TV reports.

According to the arrest report, Simpson said he forgot to pick the gun up after finishing in the restroom.

According to the Miami Herald, Simpson said after the Stoneman Douglas shooting that he would be willing to carry a gun on campus if it were allowed.

On Tuesday, the county school board voted against arming teachers.

Records show Simpson posted a $250 bond. It's not known whether he has a lawyer.