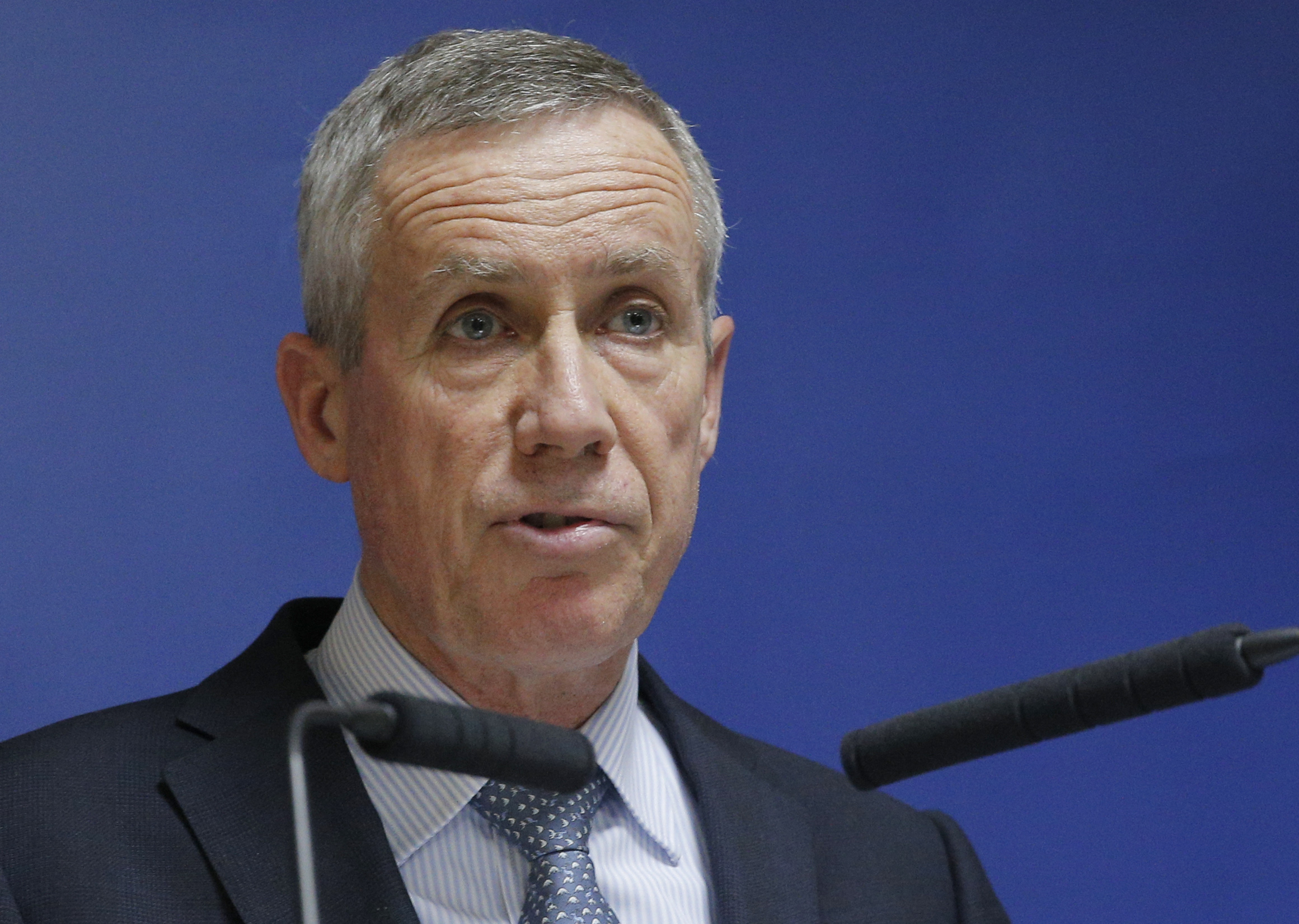 Paris Prosecutor Francois Molins said Wednesday that the suspect, Reda Kriket, is accused of participating in a terrorist group with plans for at least one attack, possessing and transporting arms and explosives, and holding fake documents, among other charges. Kriket will stay in custody while magistrates continue investigating the case and determine whether to send him to trial.

Kriket is believed to have traveled to Syria in 2014 and 2015 and made several trips between France and Belgium and the Netherlands, Molins said.

At least three other people are in custody in the case in Belgium and the Netherlands.

Molins did not say whether Kriket's purported plot was linked to the Islamic State of Iraq and Syria (ISIS) network behind last week's attacks in Brussels and last November's attacks in Paris.

The prosecutor said no target for Kriket's thwarted attack has been identified, and Kriket has given limited explanation to investigators in his six days in detention.

Two Algerians believed linked to Kriket's alleged plot are being held in Brussels. The Belgian federal prosecutors' office said Wednesday that the men, identified as Abderrahmane A. and Rabah M., will face a hearing April 7.

Another Frenchman linked to Kriket, Anis Bari, is being held in the Dutch city of Rotterdam, Molins said. Bari is resisting extradition to France.

Before the Paris attacks, Kriket and the suspected Paris attacks ringleader were convicted in absentia in the July 2015 trial of Khaled Zerkani, who Belgium's federal prosecutor described as "the most significant recruiter of jihadi candidates in Belgium." Kriket, like Paris attacks mastermind Abdelhamid Abaaoud, was absent for the trial. Also implicated in the network was Najim Laachraoui, the bombmaker who made the explosives for the Nov. 13 attacks and then used his own creations as a suicide attacker in Brussels on March 22.

Abaaoud, who was killed in a raid outside Paris just days after the attacks in that city, was a known associate of the brothers, Ibrahim and Khalid El Bakraoui, who blew themselves up in the Brussels Airport and Metro systems, respectively.

Also Wednesday, French President Francois Hollande decided to abandon proposed legislation that would have revoked citizenship for convicted terrorists and strengthened the state of emergency, because differences between the two houses of parliament could not be resolved.

He had submitted the two proposals days after the Nov. 13 attacks in Paris that left 130 people dead.

The country's state of emergency, swiftly declared by the government on the night of the attacks, was recently extended to May 26. It extends some police powers of search and arrest and limits public gatherings, among other changes.

In Belgium, authorities have admitted to serious mistakes after the attacks, but they claim they are making progress and have inflicted damage against the terrorist network suspected of carrying out both the Brussels and Paris attacks.

CBS News correspondent Allen Pizzey reports, however, that exactly how much damage European law enforcement agencies have inflicted on that European network of apparent ISIS operatives remains an open -- and vexing -- question.

As one official conceded, Brussels will never return to the so-called "normal" again.