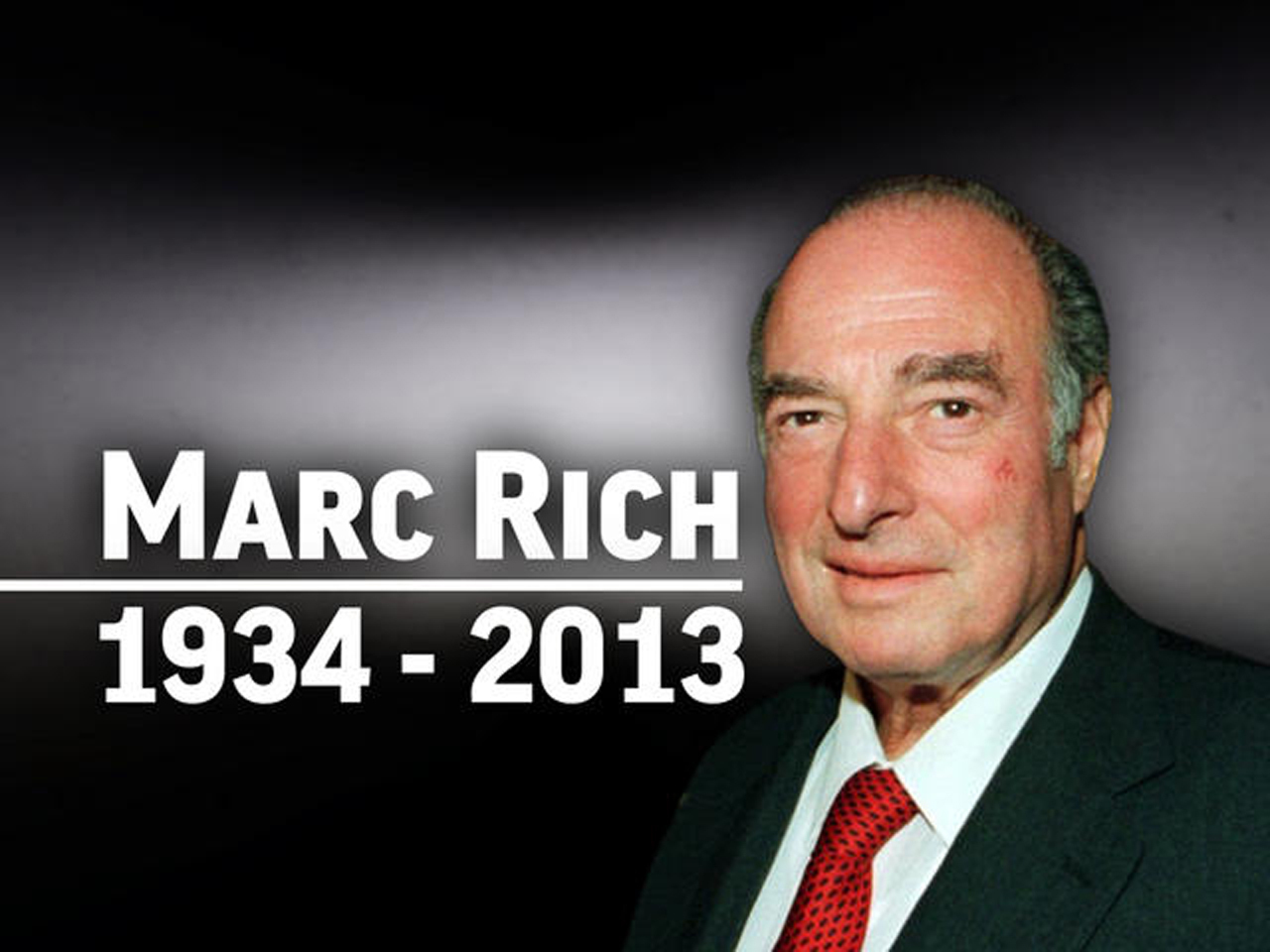 GENEVA Marc Rich, the trader known as the "King of Commodities" whose controversial 2001 pardon by President Clinton just hours before he left office unleashed a political firestorm of criticism in 2001, died on Wednesday. He was 78.

Rich died in Switzerland, where he lived, according to his Israel-based spokesman, Avner Azulay. He did not give further details, but said Rich would be buried in Israel on Thursday.

Rich fled from the United States to Switzerland in 1983 after he was indicted by a U.S. federal grand jury on more than 50 counts of fraud, racketeering, trading with Iran during the U.S. Embassy hostage crisis and evading more than $48 million in income taxes -- crimes that could have earned him more than 300 years in prison.

Rich remained on the FBI's Most Wanted List, narrowly escaping capture in Finland, Germany, Britain and Jamaica, until Mr. Clinton granted him a pardon on Jan. 20, 2001 -- the day he handed over the keys to the White House to George W. Bush.

Rich's pardon catapulted him into the headlines once again.

According to Federal Election Commission records, Rich's ex-wife, songwriter Denise Rich, gave $201,000 in political donations to the Democratic Party in 2000 as lawyers for the fugitive financier pressed the U.S. government to drop the case. Rich's attorneys turned to Mr. Clinton when the Justice Department refused to negotiate.

Federal authorities investigated but found no evidence of wrongdoing, while election officials also dismissed a complaint accusing Denise Rich of donating campaign money and furniture to Hillary Clinton in exchange for the pardon. Bill Clinton also denied any wrongdoing and said he acted on advice by prominent legal experts not connected to the trader.

Only weeks later, however, he told the House Government Reform Committee, "Knowing everything that I know now, I would not have recommended to the president that he grant the pardon."

Despite strong diplomatic pressure, Switzerland had refused to treat Rich -- a billionaire trader in oil, metals and other commodities -- as a criminal or hand him over to the United States, because it had different tax laws and no embargo against Iran.

"In our business, we're not political," Rich said in a rare 1992 interview with NBC. "That's just the philosophy of our company."

Rich was born in Antwerp, Belgium, on Dec. 18, 1934. His Jewish family fled from the Nazis to the United States, where Rich went to school and college in New York.

After dropping out of college, Rich went to work for the commodity traders Phillips Brothers, now called Phibro, in New York. He quickly got the knack of trading and, in 1967, was sent by the company to work in Madrid, where he met Pincus "Pinky" Green, his future partner.

In 1973, Rich and Green left the company after arguing over the size of their bonuses. They set up Marc Rich and Co., based in the Swiss town of Zug, whose low taxes have made it one of the world's oil trading centers.

Business boomed. Rich specialized in acting as a middle man for purchases in global trouble spots such as Iran, apartheid-era South Africa or Cuba and Libya during U.S. trade embargoes.

Rich and Green were the first traders to use short-term purchases, now known as the spot market, to make big money, quickly. Buying large volumes when the price was low, they were able to control the market when prices rose.

In 1983, Rich fled to Switzerland to escape charges against him. In his absence, Rich's companies pleaded guilty to the charges, paying fines of about $130 million.

"The question is, was there crime, and I'm saying I don't think so," Rich told NBC, adding that, since Marc Rich and Co. was a Swiss company, it was legal for the firm to do business with Ayatollah Ruhollah Khomeini's Iran.

Swiss authorities did not consider his alleged crimes grounds for extradition.

Rich worked on making himself popular by becoming a major philanthropist, giving money to the arts and charities in the hope of building good contacts and guarding against extradition. He renounced his U.S. citizenship and became a citizen of both Israel and Spain.

But he earned the hatred of U.S. labor unions during the 1990-92 Ravenswood Aluminum Corp. strike in West Virginia.

His company was a part-owner of Ravenswood Aluminum, whose workers accused Rich of locking 1,500 steelworkers out of the plant when their contract expired and hiring replacement workers without negotiating.

The union won the 20-month labor battle, but not before union members picketed outside Rich's Swiss offices.

Rich had married the former Denise Eisenberg, a New York socialite, in 1966. They divorced in 1992. After that, she contributed $450,000 to Mr. Clinton's presidential library foundation and more than $100,000 to Hillary Clinton's Senate campaign.

In 1993, Rich sold his own company -- which was then renamed Glencore, now the world's largest commodity trader -- and set up a new firm, Marc Rich and Co. Holding, also based in Zug.

Although a Russian firm, Crown Resources, tried to buy its commodities unit in 2001, the buyout fell through and Rich remained active in the trading business.

After spending several years in Zug, Rich moved to "La Villa Rose" on the shores of Lake Lucerne in nearby Meggen. He also owned property in the swish ski resort of St. Moritz and in Marbella, on the south coast of Spain.