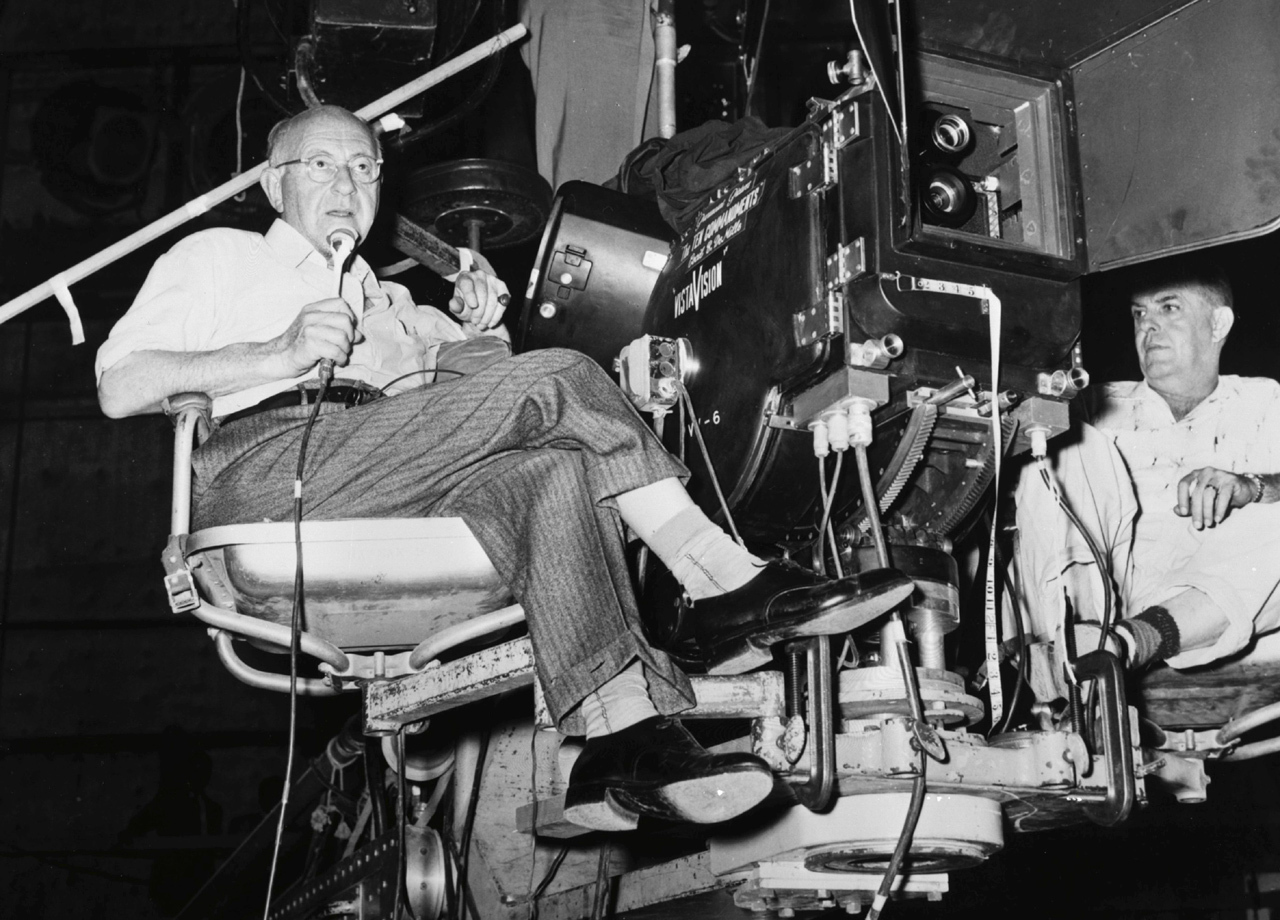 (CBS News) The only movie studio still located in the Hollywood zip code is Paramount. And on the occasion of its one-hundredth anniversary Lee Cowan tells us Paramount is ready for ITS close-up:

There are few landmarks in Hollywood more storied than the gates of Paramount Studios - now, and way back when . . . as seen in "Sunset Boulevard."

It's not just that gate that symbolizes the far-off glamour of the movies . . .

It's that mythical Paramount peak, too - what Bob Hope called his "bread and butter."

From Hope and Crosby, Jerry Lewis and Dean Martin, to Mary Pickford and Rudolph Valentino, Audrey Hepburn, Cary Grant and Grace Kelly . . . even Moses and the Israelites - they all found their way to Paramount.

Brad Grey is only the eighth studio head to take charge behind those gates, and that's saying a lot, given that Paramount just passed the century mark.

"When you're here late at night, do the ghosts of the old studio haunt you a little bit?" Cowan asked.

"Yeah, I think there's ghosts all over this lot, to be honest with you!" Grey said.

"There was no place you could turn if you're a fan of our business, and not think, 'I am completely overwhelmed by the body of work that's standing here,'" said Grey.

The studio that brought you "Iron Man," Indiana Jones, "Top Gun," even Woody Allen, started with a single silent picture.

A penny arcade operator named Adolph Zukor realized that moving pictures could be more than just the shorts at nickelodeons.

So he bought the rights to a French film called "Queen Elizabeth," starring Sarah Bernhardt. When it opened in 1912 - at a whopping 44 minutes long - the feature-length film had come to America - and soon Paramount Studios was, too.

"Zukor understood that people would come to a movie if there was somebody really interesting and famous that they would see," said Paramount's Vice President of Archives Andrea Kalas.

"The notion of the star system was really his?" said Cowan.

"Exactly, exactly. Not only did he recognize it, he knew how to capitalize on it," said Kalas.

She spends a lot of time in cold storage these days, where Paramount is chilling its fragile celluloid history - to preserve it.

Paramount's real-life screenplay has as many twists and turns as a good whodunit. In 1929 its highly anticipated "Wings" won the very FIRST Academy Award.

But it was the same year as the Great Depression, and Paramount soon found itself bankrupt.

Movies were a luxury few could afford, said film historian Leonard Maltin. "It just had a devastating effect on everybody, including Paramount," he said.

But within a few years, Paramount was back on its feet, producing as many as 40-50 films every year - almost one a week!

"They ground 'em out and turned them out with incredible speed and efficiency, and there was a waiting audience," said Maltin. "Warner Brothers made those rat-tat-tat films with gangsters torn out of the headlines. Paramount didn't do that. Paramounty did a lot of clever, witty, elegant, sophisticated films."

Everything seemed to be going Paramount's way. By the time the '50s hit, even Elvis Presley was riding a bike around the back lot.

But then came television.

That little screen began to steal the audience away from the big screen - and once again, Paramount had to adapt.

It brought in Alfred Hitchcock to direct thrillers like "Rear Window" and "To Catch a Thief."

But its real hero was Cecile B. DeMille. He had an unlimited budget on "The Ten Commandments" - all he knew was it had to be good.

"There was great fear that this unprecedented expenditure could never be recouped, and the day the movie opened, they knew it was a smash, worldwide!" said Maltin.

But by the mid-1960s, Paramount was in trouble again, and was in need of another savior - not a director this time, but a studio head, who became Paramount's most memorable movie mogul ever - a young actor named Robert Evans.

He was untested, but flashy and gutsy. He went to the board who wanted to sell Paramount to a nearby cemetery and begged them to keep the studio open.

He did it with 1970's Love Story." It made more money than Paramount had ever seen. Then Evans did it again with "The Godfather."

"The first night when the picture closed, there wasn't a sound in the entire theater," Evans recalled. "I said, 'Oh God, I might have a bomb here.'

"I thought it was a bomb - until the party afterwards," he laughed,. "People were stunned by it, actually stunned!"

Evans still has on office at Paramount, and shows up every week.

When asked if he still liked coming to work there, Evans replied, "Sure I do!"

And why wouldn't he? It hasn't changed all that much. Just ask Marc Wanamaker. He's something of an expert on the lot, who can tell you things other folks might not - lore, about say, Paramount's Mae West.

"The Mae West unit is down there where the fire escape is," he showed Cowan. "You know the saying, 'Come up and see me sometime,' right? Her bedroom was upstairs on the very top."

And he can point out history - you'd never know was there. Like the Virginia City Western town set for, yes, "Bonanza."

But if there's one place you can touch the ghosts of Paramount past, it's Stage 18. In here was shot "Rear Window," "The Man Who Shot Liberty Valence" and, of course, "Sunset Boulevard."

It's a studio with a past - and very much a present.

But Paramount is still a business, and there are no guarantees.

"We'll make some pictures that are everything we hoped they would be, and some, unfortunately, won't live up to that," said Grey. "But we'll continue to do our best."