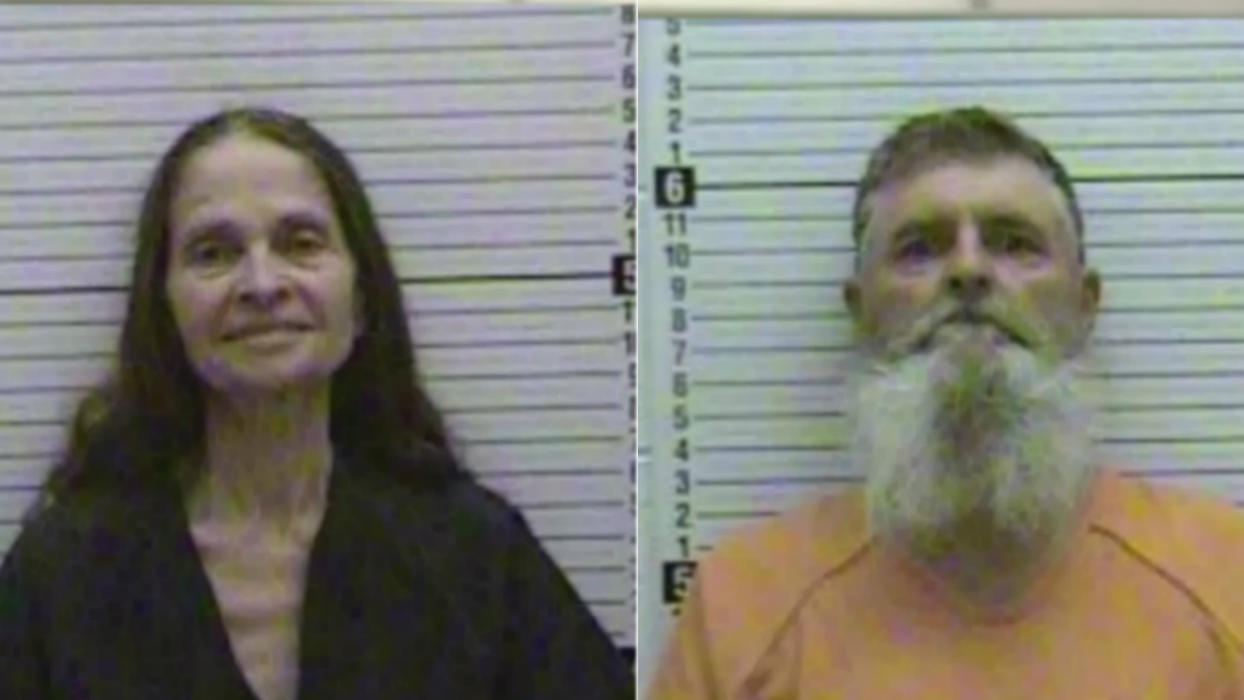 Sect co-leader Deborah Green is facing charges of failure to report a birth, child abuse and sexual penetration of a minor. Green is nicknamed "the general," because she is one of the founders of the group, reports CBS affiliate KRQE. Investigators say she and her son-in-law, Peter Green, molested a girl.

Peter Green faces 100 counts of criminal sexual penetration of a child. He is accused of raping a girl at least four times a week from the time she was 7, according to court documents.

Police have not released the identities of victim in the case.

The duo and two others also face charges for failure to register the births of their 11 children.

The children were taken into custody and are being interviewed by an FBI forensic expert, Munk said.

The group, which was founded in California, says the allegations are totally false. The group claims they are merely a small, poor group living in a secluded ranching area in New Mexico, where they are often persecuted by people who don't understand their reading of the Bible.

But authorities say the trustees of the Aggressive Christianity Missions Training Corps own thousands of acres of land and benefited from a wealthy high-ranking member who aided them in avoiding law enforcement agencies by hiding children throughout their vast holdings.

Those holdings and regular deceptions by leaders, authorities said, made it difficult for the small Cibola County Sheriff's Office to investigate allegations of child abuse that former members say went back years.

Speaking before a magistrate judge on Friday, Cibola County Undersheriff Michael Munk gave a glimpse into his department's two-year investigation of the militant sect former members say treated followers like slaves and often physically beat children who had no records of being born. That investigation led to the Sunday raid of the group's Fence Lake compound and the arrest of four members.

And while former members say the group was able to keep abuse quiet by training children not to talk to police, Munk said the sect also evaded law enforcement by moving and operating in seclusion.

Cibola County Magistrate Judge Larry Diaz on Friday refused to lower bond for Deborah and Peter Green. His decision came after deputies on Wednesday arrested four other sect members who authorities say were trying to flee in two vans full of children and around $1,000 in cash.

Diaz said he believes Deborah and Peter Green are flight risks. Both are being held on $500,000 cash surety bond.

Green is also known as Mike Brandon. Authorities say it's Peter Green who comes from a wealthy family and helped buy up land where the group hid children when they came under suspicion at times.

Deborah Green appeared frail and walked slowly around the courtroom on Friday. A public defense attorney said she was suffering from a number of illnesses, including the effects of malaria. As she tried to speak to members who came to court, sheriff's deputies immediately stopped her.

"She didn't appear to need any assistance when we took her into custody on Sunday," Munk said.

James Green, Deborah's husband and the group's co-leader, has angrily denied his group had been involved in any child sexual abuse and called the charges "all fake."

But during a long interview with KOB-TV in Albuquerque on Thursday, he acknowledged that the Aggressive Christianity Missions Training Corps taught children living at a secluded compound to avoid speaking with law enforcement because members have experienced "tons of persecution" over the years in California, Oregon and New Mexico.

He said "hundreds of kids" had safely passed through the group's compound in New Mexico.

The Aggressive Christianity Missions Training Corps, founded in Sacramento, California, describes itself as a group that is "revolutionary for Jesus" and provides a free spiritual "ammo pack" to anyone who submits a written request. Photos of members show them in military-style clothing and on missions in Africa.

Its website is laced with anti-Semitic language and anti-gay tirades about same-sex marriage.

The Southern Poverty Law Center lists the sect as a hate group.