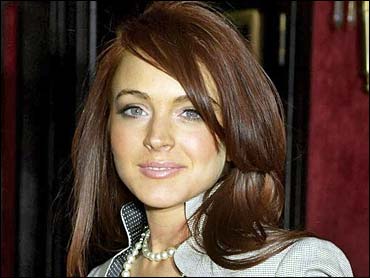 Celebrities and the paparazzi who photograph them have long had a strained relationship. Flashbulbs welcomed by celebs at movie premieres are annoying at the grocery store.

But, as Melissa McDermott reports on The Early Show, what was once considered intrusive behavior by the photographers may now be construed in some quarters as criminal.

When Lindsay Lohan got into an accident last week in Los Angeles, police arrested a photographer for intentionally driving into her car.

"A crime is a crime and we are going to enforce the law," says William Hodgman of the L.A. district attorney's office.

He adds that some paparazzi have gone too far in their hunt for celebrity prey: "What is clear, at least at ground level, at the paparazzi level, is that there is a competition to get a shot, that is purchased by others, and that the intensity of this conduct is crossing the line into criminal behavior."

The D.A.'s office in L.A. says prosecutable crimes against paparazzi may include trespassing, behavior constituting assault, and false imprisonment, which occurs when a person or the vehicle they are driving is being prevented from freedom of movement.

The debate goes back to the death of Princess Diana in a 1997 car crash. She was in a car that was fleeing from paparazzi in Paris. While Diana's death would ultimately be blamed on her driver who, probers said, was drunk and speeding, the paparazzi have never been let off the hook for their pursuit.

Despite the bad press from eight years ago, the number of celebrity photographers continues to increase as new technology makes it easier for anyone to break into a business that thrives on catching celebrities looking their worst.And the newsstands are filled with tabloids fighting it out for more readers.

Says Dan Wakeford, executive editor of In Touch Weekly magazine: "There are eight to ten magazines trying to beat us at what we do, so there's a lot of competition."

Recent pictures of Brad Pitt and Angelina Jolie are said to have cost us weekly nearly $500,000.

The pictures of Lohan's car accident didn't appear in any tabloid. Instead, it was the photographer, Galo Cesar Ramirez, who made headlines.

"I personally don't believe anyone in their right mind would intentionally ram a celebrity with their car," comments celebrity photographer Steve Sands.

He's had his share of celebrity exclusives, such as a People magazine cover featuring Gyneth Paltrow's newborn.

Sands asserts you can't always obey the rules set by Hollywood publicists: "My opinion of the red carpet is that you are like an extra on a film set. …There will be about 10 to 15 photographers that are lucky enough to publish an image. …So a lot of photographers will take it into their own hands and go to a grocery store or wait outside a celebrity's house."

Those are the pictures the tabloids believe sell best.