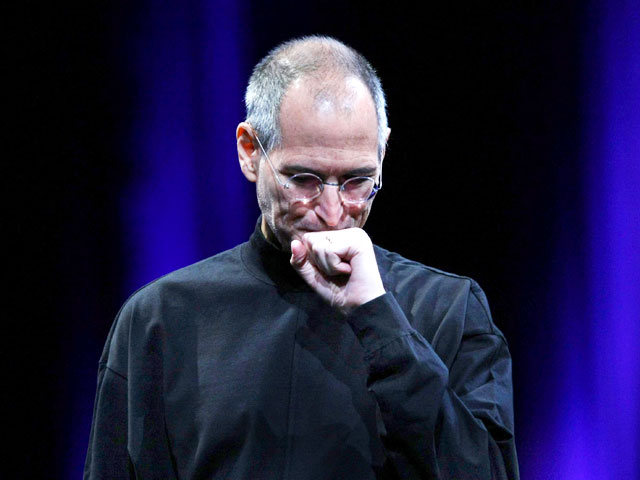 (CBS/AP) About as many people die from pancreatic cancer as there are diagnosed with it each year.

The deaths this week of Apple founder Steve Jobs and Nobelist Ralph Steinman have put this notoriously lethal cancer in the spotlight.

In the U.S., pancreatic cancer is the fourth leading cause of cancer deaths. About 44,030 people will be diagnosed with it and about 37,660 people will die of it this year in the U.S., the American Cancer Society estimates. But pancreatic cancer has actually been on the decline despite no big advances in treatment or early detection. A decline in smoking - one of the top risk factors for the disease - may explain the drop in cases.

Jobs lived more than seven years after being diagnosed with a neuroendocrine tumor - a less common, slower-growing and more treatable type of pancreatic cancer than the kind that killed Steinman a week ago.

The Apple CEO said little of his illness. But five years after his first cancer surgery in 2004, Jobs was gaunt, lost a lot of weight and had a liver transplant. Experts say his cancer had likely returned or spread.

In January, Jobs announced his third and final leave of absence. He resigned in August and died on Wednesday.

Why is pancreatic cancer so deadly?

The pancreas is as vital as the heart. The organ makes digestive enzymes, insulin and other hormones that enable the body to make energy from food.

Possible symptoms are fatigue, back pain, abdominal pain, unexplained weight loss, loss of appetite, jaundice and nausea, according to the Lustgarten Foundation. But pancreatic cancer is often not found until it is advanced or has spread. And overall survival is dismal - 20 percent after one year and only 4 percent after five years.

With a neuroendocrine tumor like the one Jobs had, "people can live a longer time; median survival is five to eight years," said Dr. Alan Venook, a pancreatic cancer specialist at the University of California, San Francisco.

The lifetime risk of developing pancreatic cancer is about 1 in 71, according to the cancer society. Men and blacks account for more cases than women and whites, possibly because of differences in smoking rates. Smokers have two to three times more risk of developing the disease. Use of smokeless tobacco also raises the risk.

Obesity, diabetes, and a sedentary lifestyle also put people at risk for pancreatic cancer. Alcohol use may play a role, because heavy drinking can lead to diabetes and liver and pancreas problems that pose a cancer risk, the cancer society says.

The best hope for a patient is that the tumor is operable. On the horizon are immune system treatments - research that Steinman, the Nobel recipient from Rockefeller University in New York, was studying in the lab and trying on his own pancreatic cancer.

"Vaccines are coming along," and last year's approval of one for advanced prostate cancer suggests researchers may be learning to overcome some of the drawbacks of the past, said Dr. Roderich Schwarz, chief of surgical oncology at the University of Texas Southwestern Medical Center in Dallas.

"It's quite possible that vaccines will claim their territory in the treatment of these challenging tumors," said Schwarz. "It's still in the development stage rather than the proven stage."

The American Cancer Society and the National Cancer Institute have more on pancreatic cancer.

The bans on transgender athletes — 6 facts
Thanks for reading CBS NEWS.
Create your free account or log in
for more features.
View CBS News In
CBS News App Open
Chrome Safari Continue
Be the first to know
Get browser notifications for breaking news, live events, and exclusive reporting.