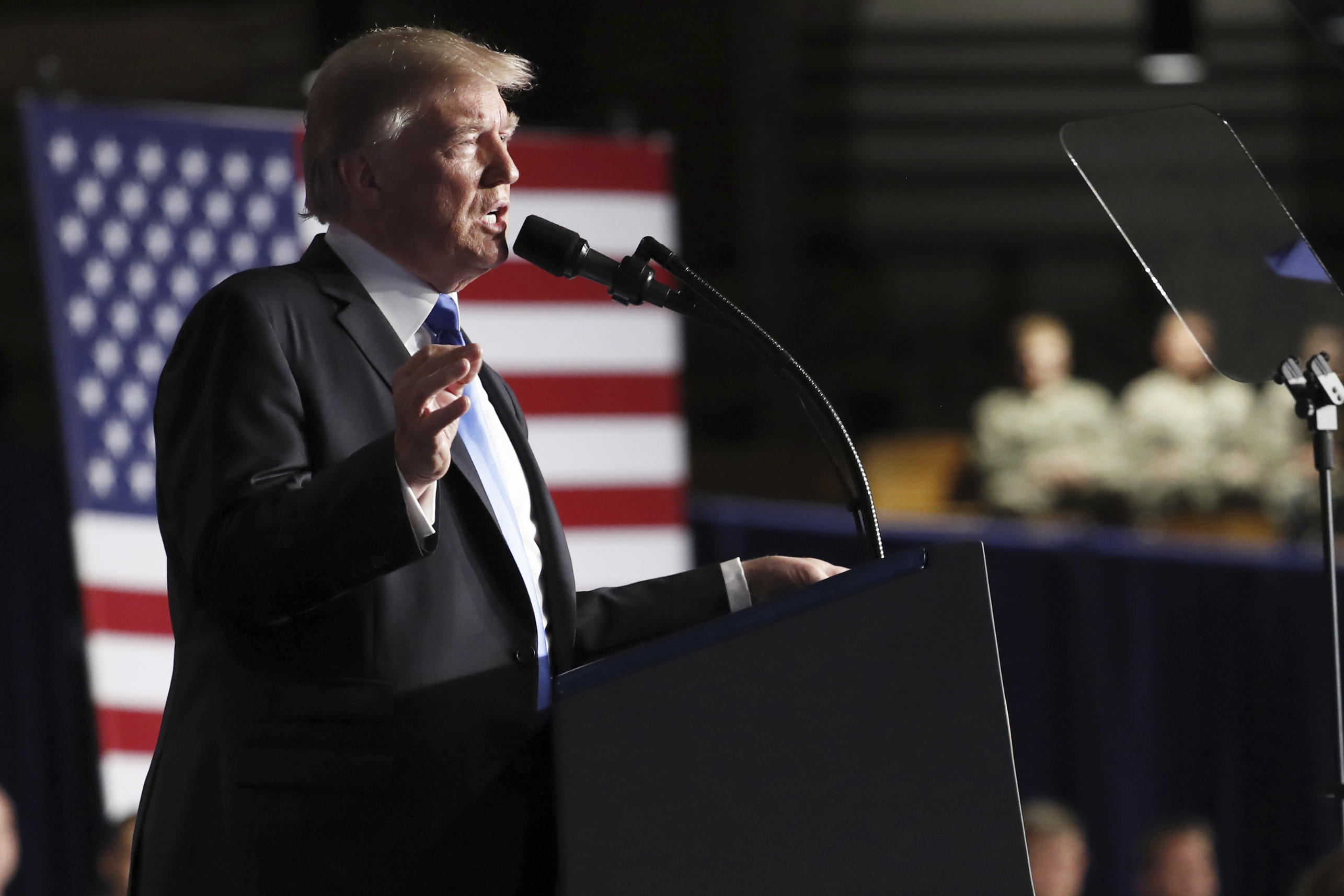 ISLAMABAD -- Pakistan summoned the top U.S. diplomat in Islamabad on Tuesday to protest President Donald Trump's allegation that the country had harbored al Qaeda leader Osama bin Laden despite getting billions of dollars in American aid.

Washington and Kabul have long accused Islamabad of harboring militants -- a charge it denies.

U.S. commandos killed bin Laden in a May 2011 raid in Abbottabad, Pakistan, where he had been living in seclusion in a house near a well-known military academy. Pakistan denies it knew bin Laden's whereabouts prior to the raid, which was carried out without its knowledge. It later arrested Dr. Shakil Afridi, who had run a fake vaccination campaign in Abbottabad to help the CIA confirm bin Laden's whereabouts.

Mr. Trump asserted in an interview with "Fox News Sunday" that "everybody in Pakistan" knew bin Laden was there and no one said anything despite the United States providing $1.3 billion a year in aid.

That statement, which he reiterated Monday on Twitter, created a furor in Islamabad.

New Prime Minister Imran Khan fired back, tweeting on Monday that Pakistan suffered 75,000 casualties and lost $123 billion in the "US War on Terror," despite the fact that no Pakistanis were involved in the Sept. 11 attacks. He says the U.S. has only provided a "miniscule" $20 billion in aid.

Janjua went so far as to say that "no other country had paid a heavier price than Pakistan in the fight against terrorism," adding that the U.S. leadership acknowledged on multiple occasions that Pakistan's cooperation helped in "decimating" al Qaeda.

Meanwhile, the U.S. is trying, thus far in vain, to push a peace deal between the Afghan government and the Afghan Taliban to end the war which began with the U.S.-led invasion in 2001.

As the latest round of U.S.-Taliban talks in Qatar failed to bring any breakthroughs, a new U.S. assessment said on Monday that military and political signs point toward continued stalemate in Afghanistan.

The U.S. and Afghan governments have made "little clear progress" recently in compelling the Taliban to negotiate a peace deal, according to the report by the Pentagon inspector general.

"Progress toward peace remains elusive," Glenn A. Fine, the acting inspector general, wrote in an introduction to a comprehensive review of military, political and humanitarian conditions in Afghanistan during the July-September period. These were the final three months of the 17th year of a war that began in October 2001.

The Afghan Taliban has historic ties to the Pakistani government, and many analysts believe Pakistan's security forces still hold more sway over the extremist group than anyone or anything else.

The Pentagon report offered little support for the Trump administration's assertions that its revised war strategy, announced in August 2017, is bringing the Afghan government and the Taliban insurgency closer to peace and reconciliation. When he visited Kabul in July, Secretary of State Mike Pompeo said the strategy "is indeed working."

With that backdrop, Pakistan's foreign secretary noted in her statement on Tuesday that "Pakistan and the U.S. were working in close coordination with other regional stake holders in order to end the prolonged conflict" in Afghanistan.

"At this critical juncture, baseless allegations about a closed chapter of history could seriously undermine this vital cooperation," she said.