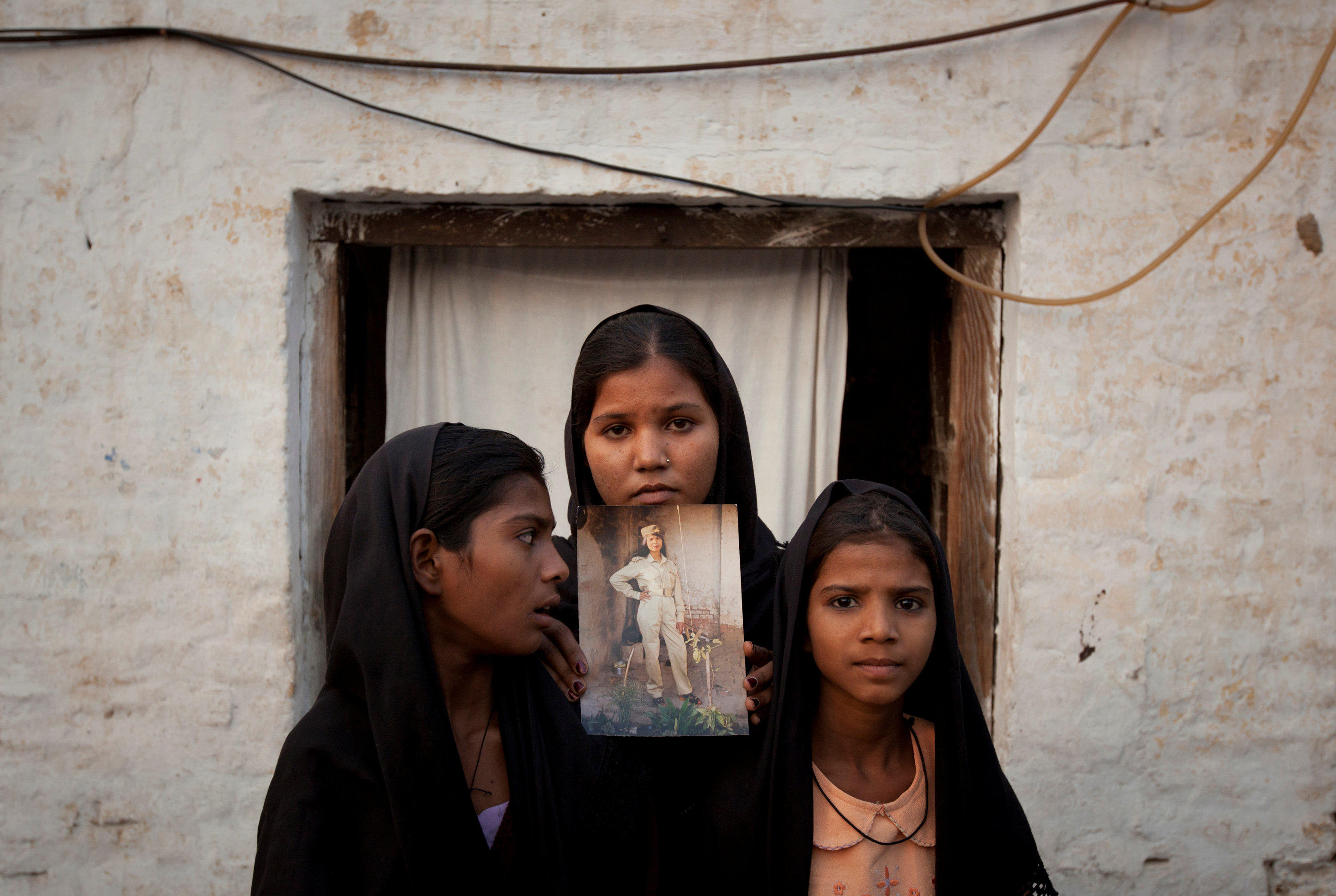 MULTAN, Pakistan -- The husband of a Christian woman acquitted eight years after being sentenced to death for blasphemy, but not released after countrywide protests, appealed on Sunday to U.S. President Donald Trump and British Prime Minister Theresa May to help the family leave Pakistan. Asia Bibi's husband, Ashiq Masih, in a brief video message said they were in danger in Pakistan.

"Please help us, we are in trouble in Pakistan," Masih appealed to Mr. Trump and May. Masih had previously told The Associated Press by phone that he and his wife feared for their lives. "We are now living under an increased sense of fear."

Bibi was arrested in 2009 after she was accused of blasphemy following a quarrel with two fellow female farm workers who refused to drink from a water container used by a Christian. A few days later, a mob accused her of insulting Islam's prophet, leading to her 2010 conviction. Bibi's family has always maintained her innocence and says she never insulted the prophet.

Insulting Islam is punishable by death in Pakistan, and the mere rumor of doing so can incite lynchings.

The protests ended after the government agreed to impose a travel ban on Bibi and allow her case to be reviewed. A review petition was filed in the Supreme Court.

"There will be a war if they send Asia out of country," Rizvi warned after the deal was reached, according to Reuters.

Earlier in the day, police said over 150 people were arrested on charges of arson, vandalism and violence during the protests.

Defending the police's actions, Information Minister Fawad Chaudhry said the government cannot spare those involved in violence. He said that the government cleared blocked cities without any bloodshed.

"No government can tolerate a rebellion against the state," Chaudhry said.

"The State has to enforce Rule of Law, Constitution and stand by state institutions especially when they are targeted" Mazari added.

Also Sunday, some two thousands supporters of Jamaat-e-Islami party held a protest march in southern port city of Karachi against the acquittal of Bibi but they remained peaceful.