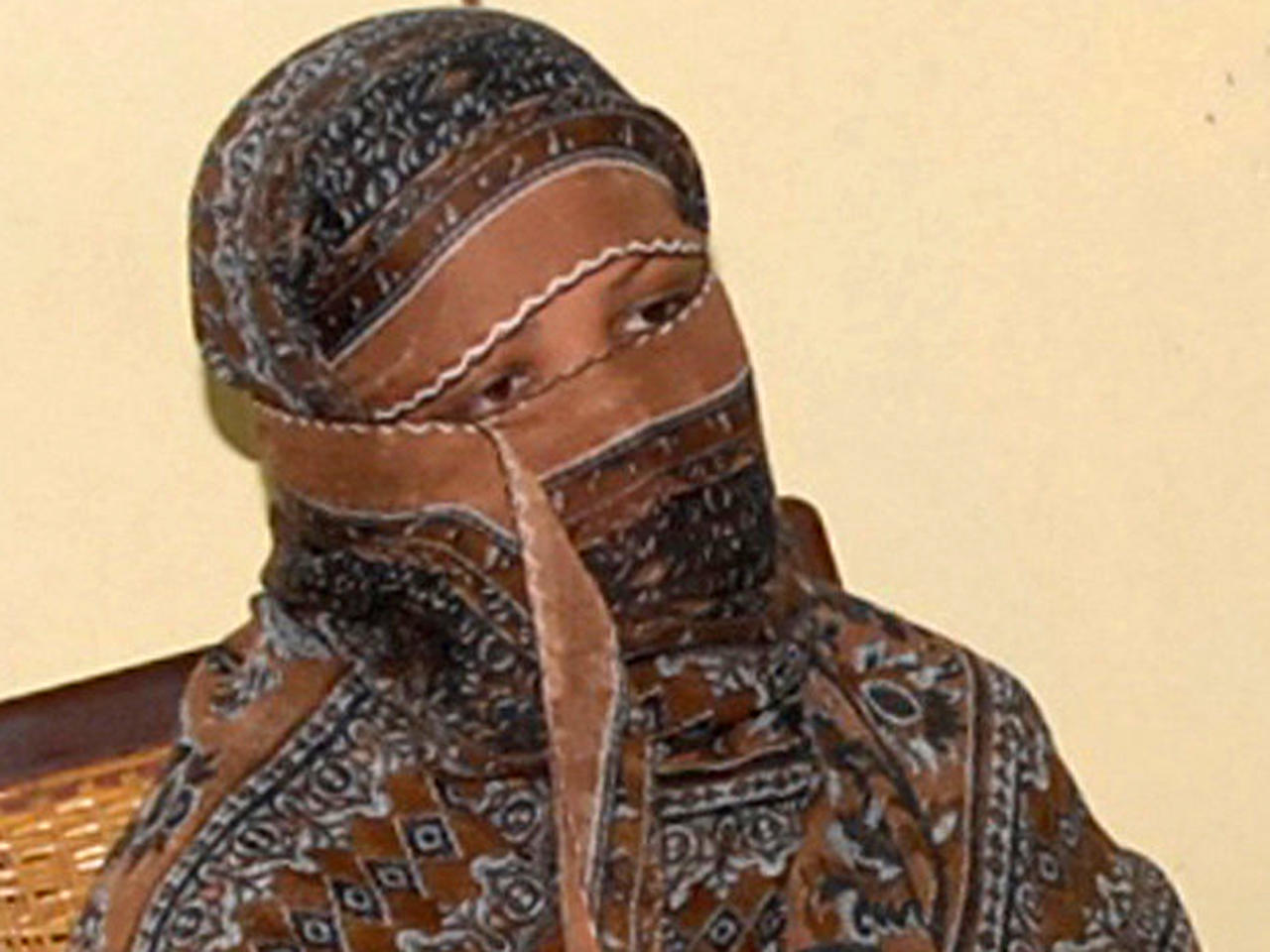 ISLAMABAD -- The release of a Christian woman in Pakistan, acquitted eight years after being sentenced to death for blasphemy, was delayed Friday after authorities agreed to bar her from flying abroad following talks with radical Islamists who want her publicly hanged. The agreement between the government and the Tehreek-e-Labbaik party was reached in the city of Lahore, where Islamists have been rallying for days.

On Wednesday, the Supreme Court overturned the 2010 conviction of Asia Bibi for insulting the Prophet Muhammad. Pakistani authorities will now not allow Bibi to leave the country until the Supreme Court makes a final review of its verdict, said provincial minister Noorul Haq Qadri, according to the agreement.

In return, protests in major cities would cease, the government's religious affairs minister told Geo TV, according to the Reuters news agency. It comes a day after Ghulam Mustafa, the lawyer representing a provincial cleric in Punjab who had filed the initial blasphemy charges against Bibi, petitioned the Supreme Court requesting that the judges review her acquittal.

The court has not set a date to take up the petition. Pakistan's Supreme Court has not been known to reverse its decisions but court reviews typically take years.

Bibi's ordeal will continue until the review is completed. The latest development will likely irk rights groups calling for the release of Bibi, who has spent nine years in jail since her arrest in 2009.

What did Asia Bibi do

She was accused of blasphemy following a quarrel with two fellow female farm workers who refused to drink from a water container used by a Christian. A few days later, a mob accused her of insulting Islam's prophet, leading to her 2010 conviction.

Bibi's family has always maintained her innocence and said she never made such an insult. Since Wednesday's landmark ruling over Bibi's acquittal, radical Islamists have blocked highways and damaged or set fire to dozens of vehicles to pressure the government to prevent Bibi's release from an undisclosed detention facility.

Earlier, during the day, some 5,000 Islamists rallied in the capital, Islamabad, and nearly 4,000 demonstrators staged a sit-in in the eastern city of Lahore, demanding that Bibi's acquittal verdict be overturned. Similar rallies were also held in the northwestern city of Peshawar; there were no reports of violence.

No violence was reported during the rallies. Earlier, Pakistan shut down schools and colleges after radical cleric Khadim Hussain Rizvi, the leader of Tehreek-e-Labbaik party, announced that "talks" between his deputies and the government about Bibi's fate had failed.

Before dawn Friday, Rizvi had told an emotionally charged rally in Lahore that one of the government negotiators threatened his deputies during the talks that security forces would ruthlessly kill them if they did not disperse peacefully. He asked his supporters to continue sit-ins as authorities summoned paramilitary troops to restore order.

"We are ready to die to show our love for the prophet," he said. Rizvi's envoys had demanded that Bibi be barred from leaving the country but Information Minister Fawad Chaudhry initially rejected the demand, saying the government will not accept any dictates.

Interior Minister Sheharyar Afridi said Friday that officials were trying to persuade Islamists to disperse their rallies peacefully. Authorities also stepped up security near the facility where Bibi was being held for her safety.

On Thursday, prison officials said two inmates were arrested last month for planning to strangle Bibi to death. They said the men were still being questioned.

Bibi's family had expected her release by Thursday night. Her husband, Ashiq Masih, returned from Britain with their children in mid-October and was waiting for her release so that they could fly out of Pakistan.

Though the family has not disclosed the country of her destination, France and Spain have offered asylum. Islamabad authorities suspended mobile phone services in the city for 10 hours on Friday, likely to prevent the crowds from swelling further in the capital.

Bibi's acquittal has posed a challenge to the government of Pakistan's new prime minister, Imran Khan, who came to power this summer partly by pursuing the Islamist agenda. Khan condemned the Islamists on Wednesday after cleric Afzal Qadri urged supporters to kill the three judges who acquitted Bibi, revolt against army chief Gen. Qamar Javed Bajwa and overthrow Khan's government.

Military spokesman Maj. Gen. Asif Ghafoor said Friday the army was exercising restraint, to provide a chance for a peaceful resolution. He asked demonstrators to refrain from violence and await the outcome of the review petition to the Supreme Court.