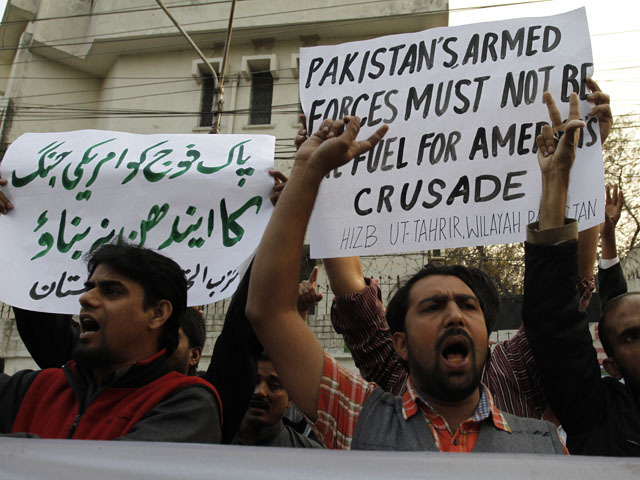 ISLAMABAD - Pakistan is seeking to redefine its ties with the U.S. and other NATO forces in Afghanistan after the killing of 24 of its soldiers in last Saturday's helicopter attack on two border posts, a senior Pakistani government official told CBS News on Thursday, claiming a simple apology would not be enough to repair damaged ties.

The remarks come as a report in The New York Times says President Obama will not be offering a formal apology to Pakistan to try and ease tension between the two countries right now anyway, as a step.

The Times, citing Obama administration officials, says that on Monday, U.S. Ambassador to Pakistan Cameron Munter told a group of White House officials, "a formal video statement from Mr. Obama was needed to help prevent the rapidly deteriorating relations between Islamabad and Washington from cratering".

According to the article, the White House overruled the State Department's suggestion for such a show of remorse from Mr. Obama.

Ambassador Munter, however, did issue on Thursday his own video message of condolence over the raid. "Pakistan and the United States have stood together for over 60 years," says Munter. "We have weathered previous crises together. I am certain we will weather this one, too, and emerge - together - as stronger partners." (Scroll down to watch Munter's entire statement)

"The crisis created by the helicopter attack this time around is much deeper than before, perhaps even deeper than the aftermath of May 2nd," the Pakistani official, who has access to detailed intelligence information, told CBS News on condition of anonymity. It was a reference to the May 2nd raid by U.S. Navy SEALs which killed Osama bin Laden in Pakistan's northern city of Abbottabad.

While bin Laden's discovery inside Pakistan raised eyebrows across the Western world about the nation's claim to be a staunch ally in the campaign against global terror groups, it also prompted strong Pakistani criticism of Washington's decision to target bin Laden without sharing prior information with Pakistan's civil or military leaders. The Obama administration cited fears that advance warning might have been leaked to Islamic hardline groups had it been shared with Pakistani officials.

The official's comments to CBS News on Thursday, seeking a redefinition of ties, echo a wider sentiment shared by the country's army and civilian leaders, who increasingly argue the helicopter strikes appear to have been a deliberate attack on the two Pakistani army posts.

"There is ample evidence of exchange of communication between our side and ISAF (International Security Assistance Force - Afghanistan) as soon as we heard of the attack getting underway," a senior Pakistan army official told CBS News earlier this week. "Why is it that the attack just continued relentlessly?"

The official who spoke on Thursday said a redefined relationship would "have to include the terms to be written down on paper in terms of what is expected of Pakistan. The attack suggests we live in a highly accident-prone situation."

A western diplomat stationed in Islamabad, who also spoke to CBS News on condition of anonymity Thursday, said Pakistan's bold reaction appears to be driven also by the belief that it may force the U.S. to seek a resolution to the ongoing military battle in Afghanistan on terms more acceptable to Islamabad.

Since the New York terrorist attacks catapulted Pakistan from being an ally of Afghanistan's previous Taliban regime, to becoming a U.S. ally in the war against Islamic extremists, the land route through Pakistan has been used to carry most of the supplies for Western troops in Afghanistan.

While the U.S. and other Western countries with troops deployed in Afghanistan have sought to build up an alternative route through central Asia, they continue to rely on Pakistan for a considerable chunk of their supplies.

After Saturday's attack, Pakistan immediately ordered the land route to be blocked, with some of the country's officials even claiming the measure could be a permanent.

"Even if the Pakistanis do not block the route permanently, taking supplies through the snow-clad northern route as we hit the winter months will be a logistical challenge," said the Western diplomat. "Already the route through central Asia is looking less hospitable than the supply route through Pakistan."

In the wake of the helicopter strikes, Pakistan has also ordered the U.S. to vacate the Shamsi air base in its southwestern Baluchistan province and decided to boycott an international conference on security in Afghanistan, due to take place in the German city of Bonn on December 5th.

In spite of Pakistan's stern stance, a foreign ministry official in Islamabad tells CBS News the Pakistani government is not looking for a permanent break in ties with the U.S.

"If President Obama would have offered condolences in person, maybe that would have begun softening our position. While that is not likely to happen, no one in Islamabad is looking for a permanent end to our ties with the United States... Clearly, we have to have a resolution at some stage."

Below: Video statement of condolence by U.S. Ambassador Cameron Munter