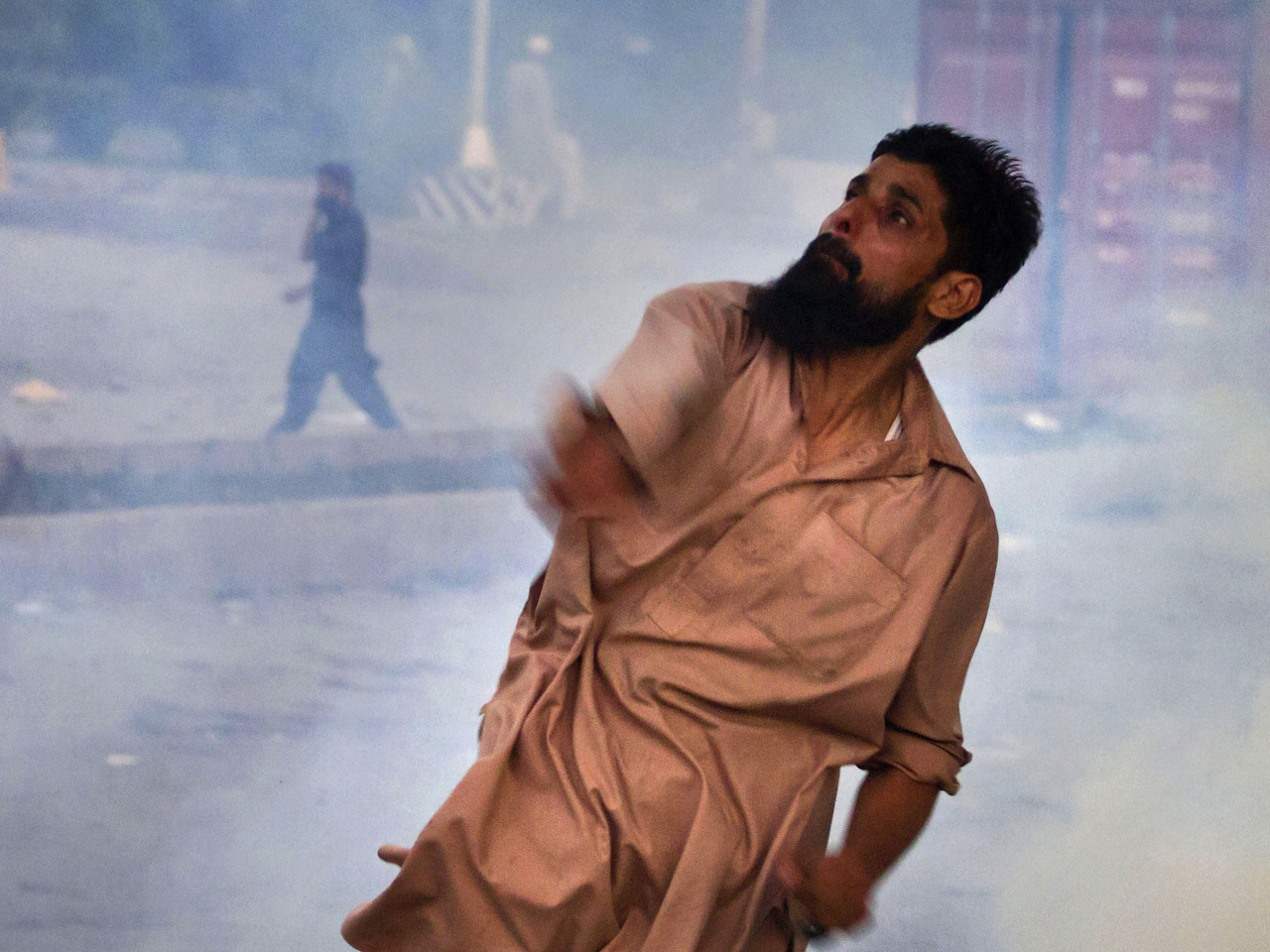 The move was made, according to Pakistani officials, to prevent terrorists from using cell phones to detonate bombs remotely, but there are indications the government is actually trying to quell the violent protests by blocking communications between the conservative Muslim organizers of the rallies.

Protesters took to the streets again on Friday, meanwhile, and a Pakistani television reporter covering the unrest said his driver had been shot and killed by police firing to try to disperse the crowd, according to The Associated Press. No further information was immediately available.

The decision to cut the services on Friday - the holy day in the Islamic world, which often sees mass protests as worshipers flood out of mosques - came a day after the government declared this Friday a national holiday to renew a pledge of allegiance with Prophet Muhammad.

Analysts and diplomats say the government-declared holiday, and the blockage of cell phone signals, seem more directly aimed at protesters than terrorists following demonstrations on Thursday (video at left) during which riot police clashed with hundreds of angry Muslims who tried to march into a tightly-secured part of Islamabad where Western embassies, including the U.S. Embassy, are located.

"Our intelligence services believe it is remotely possible to trigger a bomb with one cell phone inserted in the bomb and another used from a distance to trigger the bomb," an official with the Pakistani Interior Ministry tells CBS News, calling it a "necessary security precaution."

Pakistan has seen a large number of terrorist attacks since the civilian government allied itself with the U.S. following the Sept. 11, 2001 terror attacks on New York and Washington.

Western diplomats tell CBS News terrorism is less the focus of Pakistan's clampdown on telecommunications than trying to contain the protests.

"You can write a book on the use of cell phones for organizing protests during the Arab Spring," said one diplomat, who asked to remain anonymous, referring to the popular uprisings in Tunisia, Egypt and Libya, and the ongoing fight by opposition rebels to topple strongman Bashar Assad in Syria.

On Thursday, some of the protesters who clashed with riot police in Islamabad were seen frantically alerting their friends via text message to take different routes into the capital as additional security was ordered and main entrance routes into Islamabad were blocked.

"I want to be certain they (other protesters) can safely reach our planned destination," Malik Khadim Usman, a college student at the protest, told CBS News. He showed the text message he had just sent out to everyone in his phone's contacts list.

Salim Khattak, another student at the protest, said organizers had sent out messages, "alerting us to the right assembly points from where we could march onwards."