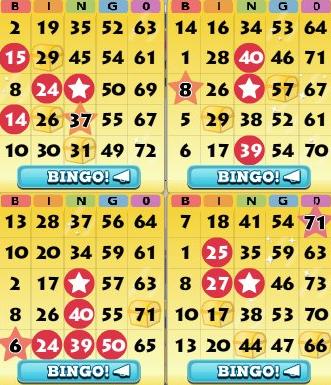 (CBS/AP) NEW CASTLE, Pa. - It happened last Wednesday night, at a church fundraiser in western Pennsylvania: A man won a $400 jackpot playing bingo...but then, his number came up, and not in a good way.

Police tell the New Castle News that the man was playing at Mary Mother of Hope parish hall in the city about 45 miles northwest of Pittsburgh. He claimed to have "bingo," and a worker paid him the jackpot before checking his card, or she might have realized sooner that the "winner" was a cheater.

The woman called police because the man left with the money. Police arrived at his home a short time later - bingo! - and told him they'd charge him with theft if he didn't give back the money.

Police aren't identifying the man because he saw the error of his ways, and returned his $400 "winnings."