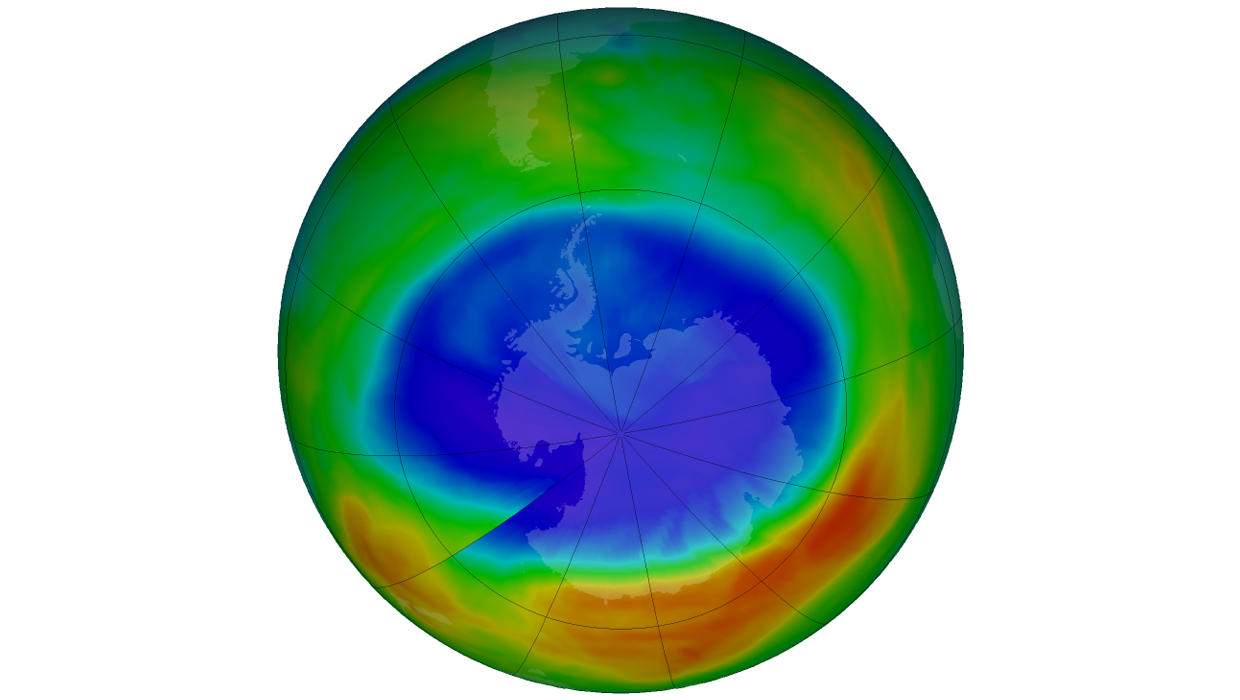 WASHINGTON -- The ozone hole over Antarctica shrank to its smallest peak since 1988, NASA said Thursday.

The huge hole in Earth's protective ozone layer reached its maximum this year in September, and this year NASA said it was 7.6 million square miles wide. The hole size shrinks after mid-September.

"In the past, we've always seen ozone at some stratospheric altitudes go to zero by the end of September," said Bryan Johnson, NOAA atmospheric chemist. "This year our balloon measurements showed the ozone loss rate stalled by the middle of September and ozone levels never reached zero."

Paul Newman, chief Earth scientist at NASA's Goddard Space Flight Center, said stormy conditions in the upper atmosphere warmed the air and kept chemicals chlorine and bromine from eating ozone. He said scientists haven't quite figured out why some years are stormier — and have smaller ozone holes — than others.

Newman said this year's drop is mostly natural but is on top of a trend of smaller steady improvements likely from the banning of ozone-eating chemicals in a 1987 international treaty. The ozone hole hit its highest in 2000 at 11.5 million square miles.

Ozone is a colorless combination of three oxygen atoms. High in the atmosphere, about 7 to 25 miles above the Earth, ozone shields Earth from ultraviolet rays that cause skin cancer, crop damage and other problems.

Scientists at the United Nation a few years ago determined that without the 1987 treaty there would have been an extra 2 million skin cancer cases by 2030. They said overall the ozone layer is beginning to recover because of the phase-out of chemicals used in refrigerants and aerosol cans.

Googling makes people feel smarter than they really are