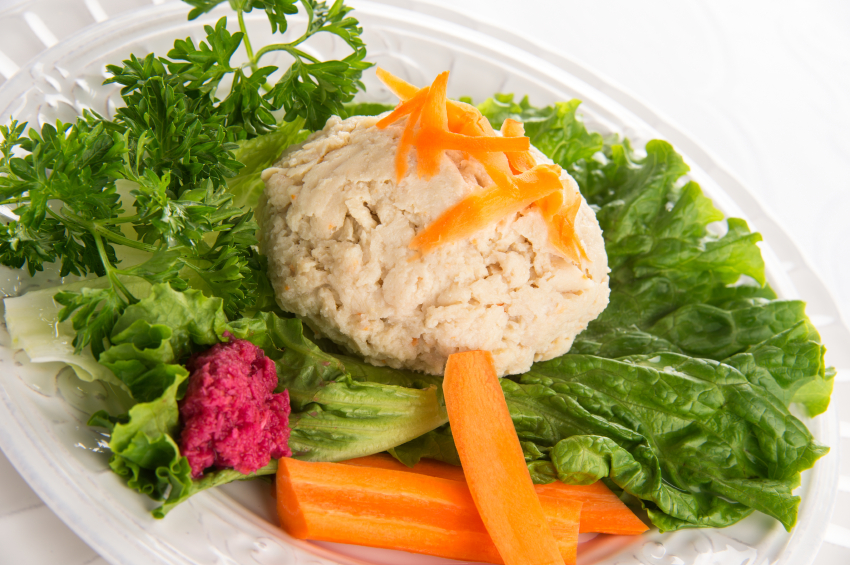 Described as an acquired taste, the traditional Passover dish of gefilte fish is just plain hard to acquire this year.

Gefilte fish -- a dish that's not required at the annual Seder but is nevertheless popular during Passover -- is facing a shortage after fishing hauls were curtailed by this winter's sub-normal temperatures.

Thanks to the polar vortex, about 90 percent of the Great Lakes were covered with ice this winter, the most in 35 years. That made it almost impossible for fishing boats to leave shore and haul in whitefish, the main ingredient in modern gefilte fish, prompting shortages of the traditional dish. That took some customers by surprise.

"I really feel for these people," BenZ's Gourmet manager Erik Antes told The New York Times, after fielding calls from customers searching for the dish. The store had sold out. "I'm not crazy about it, but for most of us, what's Passover without gefilte fish?"

Still, the impact is mainly on those who either make the dish themselves or who look to local stores like BenZ's for their prepared versions. Store-bought varieties are available, given that producers such as Manischewitz buy fish well in advance of Passover.

"We have had no problem with supply to our customers as our supply is planned out months in advance," said Randall Copeland, vice president of operations for Manischewitz, in an email. "There is plenty of our products in the stores. The shortage is in fresh gefilte fish made in store where they have to rely on receipt of ingredients on a short term basis."

So what does the dish taste like? One food critic has compared the dish to "canned cat food," but many who grew up eating it profess a love for the gelatinous fish balls. Others claim the canned variety falls short of the dish's potential. The Gefilteria, which produces artisan gefilte fish, notes, "Gefilte has become synonymous with the outdated, the gray, the antiquated and the Old World." But the dish is "excellent when done right."

Aside from the difficulties in finding whitefish, prices have jumped. The per-pound price of whitefish has soared to $18, up from the typical $12, according to the Chicago Reader. That means that Seder dinners, celebrated at the start of Passover, were more costly this year. About 70 percent of U.S. Jews participate in a Seder, which traditionally involves a Seder plate with traditional foods.

But it's not only gefilte fish that bumped up the cost of a Seder dinner, but rising beef prices as well, given that beef prices are the highest they've been in 27 years.

Of course, the worst hit of all might be the fishermen who are losing out on revenue given the Great Lakes' continuing ice coverage. Chuck Bronte, a fishery biologist with the U.S. Fish and Wildlife Service, tells The Associated Press, "You have a lot of boats that can't get out to fish, even now."