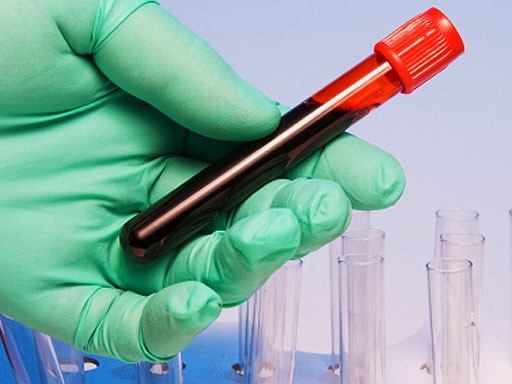 Ovarian cancer is the fifth leading cause of cancer death for women in the United States, according to the American Cancer Society. Now a new screening method for ovarian cancer could detect twice as many women with the disease than current methods.

In the largest trial of its kind, researchers from University College London used a statistical approach to interpret the change in levels in women's blood of the protein CA125, which is linked to ovarian cancer. Over a span of 14 years, researchers evaluated 46,237 post-menopausal women whose blood was tested once a year for CA125 levels. A computer algorithm was then used to interpret each woman's risk of ovarian cancer based on factors including their age, original levels of CA125 and how that level changed over time. Researchers noted that if levels became elevated, women were then sent for further tests.

The study found that regular blood tests using this method could detect 86 percent of ovarian cancers earlier than when women are normally diagnosed. The results, part of the UK Collaborative Trial of Ovarian Cancer Screening (UKCTOCS), the world's largest ovarian cancer screening trial, are published in the Journal of Clinical Oncology.

"There is currently no national screening programme for ovarian cancer, as research to date has been unable to provide enough evidence that any one method would improve early detection of tumours," Prof. Usha Menon, UKCTOCS co-principal investigator and the trial coordinator said in a press release. "These results are therefore very encouraging. They show that use of an early detection strategy based on an individual's CA125 profile significantly improved cancer detection compared to what we've seen in previous screening trials."

Previous ovarian cancer screening methods have used a fixed point test for levels of CA125 in the blood to identify a possible abnormality. However, the fixed point test only catches 41 to 48 percent of ovarian cancers and miss the rest. It does not take into account other factors that could determine if a woman will develop cancer.

The American Cancer Society estimates that about 21,000 women in the U.S. will be diagnosed with ovarian cancer in 2015 and 14,000 will die from the disease.

Later this year, researchers hope to publish results showing whether or not the early detection of ovarian cancer using this screening method made enough of a difference to help women live longer.

"While this is a significant achievement, we need to wait until later this year when the final analysis of the trial is completed to know whether the cancers detected through screening were caught early enough to save lives," Menon said.