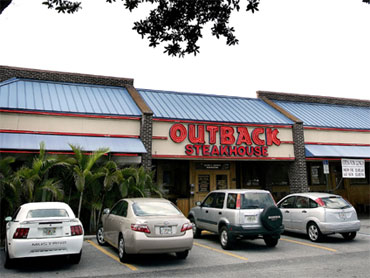 Outback Steakhouse has agreed to pay $19 million to female workers and take other steps, including hiring a new human resources executive, to settle a sex discrimination lawsuit.

A consent decree describing the settlement between the Tampa-based restaurant chain and the U.S. Equal Employment Opportunity Commission was filed in U.S. District Court in Denver on Tuesday.

The EEOC filed a lawsuit against Outback there in 2006, claiming that female workers were denied favorable jobs which prevented them from advancing to profit-sharing management positions.

Outback has also agreed to institute an online application system for managerial positions and hire a human resources executive for a new position called vice president of people. It also agreed to hire a consultant to monitor its compliance with the settlement and to report back to the EEOC on how it's doing every six months.

Restaurant Partners' new CEO, Liz Smith, said the company doesn't tolerate any form of discrimination and that she is committed to "very compelling and rewarding employment opportunities for all individuals."

Under the settlement, the $19 million will be distributed to women who have worked at corporately owned Outbacks for at least three years since 2002. Letters will be sent to them telling them of the settlement.