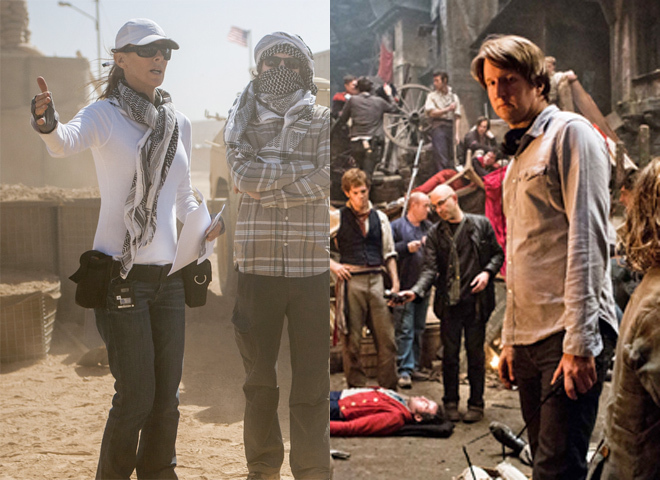 NEW YORK Award-season watchers were stunned by the surprise omission of not one but THREE directors expected to be included in today's announcement of the Academy Award nominations. "Argo," "Les Miserables" and "Zero Dark Thirty" are among the nine nominees for Best Picture this year, and it was anticipated their directors would be nominated with them.

Ben Affleck had already directed two well-received films, "Gone Baby Gone" and "The Town" (both of which earned nominations for, respectively, actors Amy Ryan and Jeremy Renner). He is also a Directors Guild and Golden Globe nominee for "Argo," so the Academy's snub might be interpreted as the directors branch's wariness of honoring actors-turned directors (although that did not seem to get in the way of Robert Redford, Warren Beatty, Kevin Costner and Mel Gibson, winners all).

But the more puzzling absences are "Zero Dark Thirty"'s Kathryn Bigelow and "Les Miserables"' Tom Hooper - both also Directors Guild nominees and, more importantly, both past winners of the Academy Award for their most recent films (Bigelow for "The Hurt Locker," and Hooper for "The King's Speech").

That, indeed, may be the problem.

A glance at Oscar history since 1950 shows extremely rare occasions when a director wins an Oscar and is then nominated for his (or her) follow-up film. In fact, unless the name etched on your Oscar statuette was "David Lean," you were more likely to be ignored the next time around - even if your film was nominated for Best Picture. (This was the case with Robert Wise's followup to "The Sound of Music," "The Sand Pebbles," and "Patton" director Franklin J. Schaffner's "Nicholas and Alexandra.")

In the 1950s and '60s there were a few cases of repeat players: Elia Kazan, after winning for "On the Waterfront," was nominated for "East of Eden." George Stevens followed his "Giant" win with a nod for "The Diary of Anne Frank." Lean followed "The Bridge on the River Kwai' with "Lawrence of Arabia," which was followed by "Doctor Zhivago." And John Schlesinger's "Midnight Cowboy" win was followed by a nomination for "Sunday Bloody Sunday."

It was during the 1970s when one was more likely to return to the Dorothy Chandler Pavilion after already winning a Best Director Oscar. William Friedkin ("The French Connection") was nominated for "The Exorcist"; Bob Fosse ("Cabaret") for "Lenny"; Woody Allen ("Annie Hall") for "Interiors"; and Francis Ford Coppola ("The Godfather Part II") for 1979's "Apocalypse Now."

Since then, forget it.

Whether a director follows an Oscar winner with another Best Picture nominee (James L. Brooks' "Broadcast News," his follow-up to "Terms of Endearment") or something less hallowed (Michael Cimino's "Heaven's Gate," following "The Deer Hunter"), or if you direct actors like Tom Hanks or Michael Douglas in Oscar-winning performances, it does not matter - you are not getting nominated.

The only director to buck this trend was James Cameron, who followed up his mega-hit "Titanic" 12 years later with Best Picture nominee "Avatar," losing the Best Director Oscar to . . . Kathryn Bigelow.

[Asterisk-ly, Clint Eastwood was nominated for 2006's "Letters From Iwo Jima," shot after "Flags of Our Fathers" but released that same year.]

So those snubbed this year can take comfort that they are merely fulfilling a historical trend.

And whoever wins this year? Don't get your hopes up about your NEXT film.