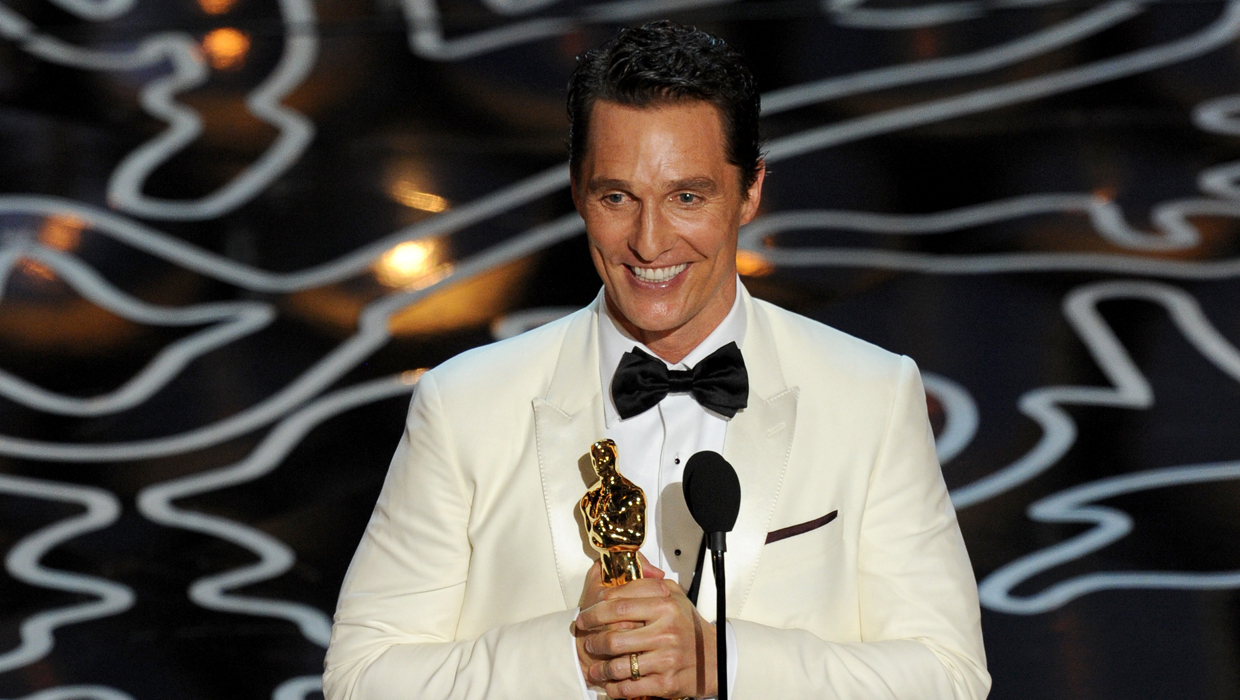 It turns out Matthew McConaughey's hero is himself, a few years down the line.

In accepting the best actor Oscar for his role as Ron Woodroof in "Dallas Buyer's Club" on Sunday, McConaughey, 44, said he needs three things in his life to survive: God, family and someone to look up to as a hero.

When he was 15, the actor said, he decided that hero would be himself in 10 years. Ten years later, he pushed the deadline back another decade. Then another decade.

"My hero's always 10 years away," the actor said in a gracious acceptance speech. "I'm never going to attain that. That keeps me with somebody to keep on chasing."

The signature line, from the character McConaughey played in his first film, "Dazed and Confused," brought the house down.