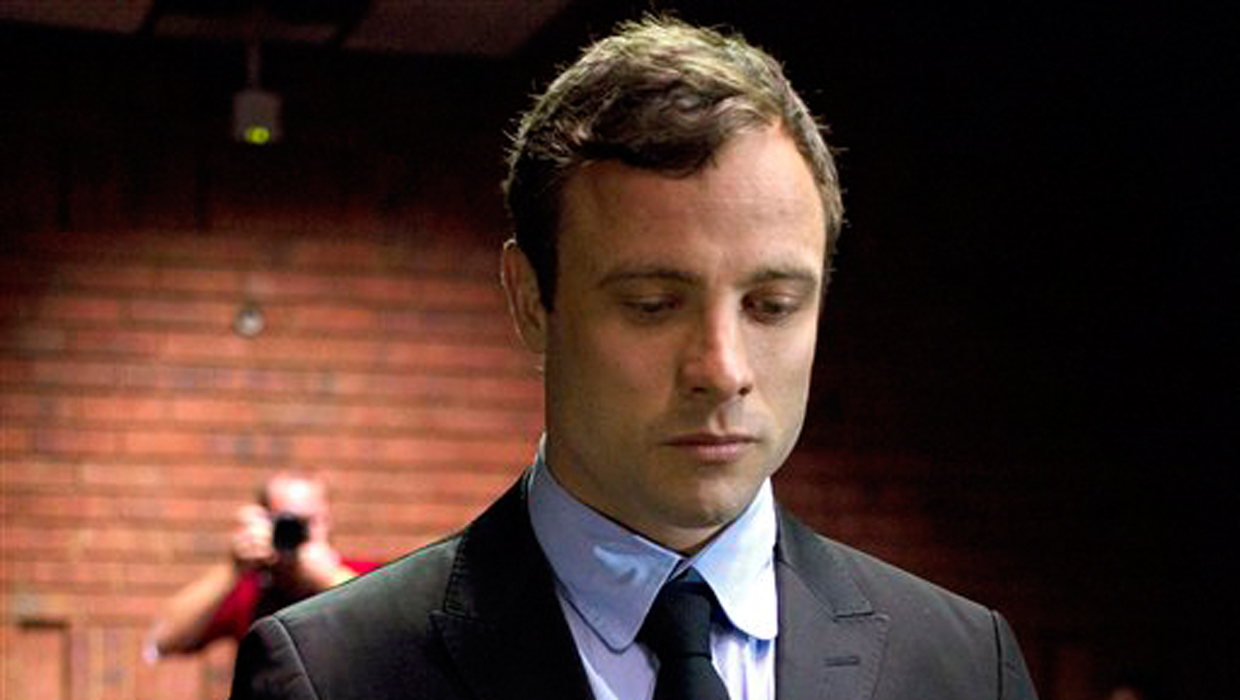 CENTURION, South Africa - Oscar Pistorius, the double-amputee runner charged with murder, reached a settlement with a woman over an alleged assault from 2009, because his lawyers advised him he could not fight civil and criminal legal battles at the same time, the spokeswoman for the Olympic athlete said on Wednesday.

Pistorius, who goes on trial on a murder charge next month for fatally shooting his girlfriend last Valentine's Day, was arrested and accused of causing an injury to a guest at a party at his house five years ago after allegedly slamming a door and then punching it.

"The reasoning for the settlement being that Oscar was advised by his lawyers that he could not run a civil and criminal matter (side) by side," Burgess said in a statement to The Associated Press. The matter had "no bearing" on Pistorius' murder trial, Burgess said, and was settled "solely for the purposes of expediency."

Burgess did not give any details of the settlement.

Pistorius will go on trial from March 3 on a charge of premeditated murder for the killing of his girlfriend Reeva Steenkamp at his home last Feb. 14, and also faces other firearm-related charges at the trial at a high court in the South African capital, Pretoria. He denies murder and claims he shot Steenkamp by mistake after believing she was a dangerous nighttime intruder in his bathroom.

Pistorius' lawyers are also in negotiations with the family of Steenkamp over another out-of-court settlement ahead of his murder trial.

Regarding the 2009 case, Pistorius had launched a counter-claim against Taylor-Memmory, accusing her of making up the assault. He said he was arrested without reason.

The settlement with Taylor-Memmory was first reported in South Africa by Eyewitness News, which quoted her as saying Pistorius agreed to pay her legal fees and also drop his $200,000 counter-claim against her.

"I agreed to it because I was so tired of it weighing me down," Taylor-Memmory told Eyewitness News, claiming she was harassed by the media and the public and received hate mail. "It became so difficult at a stage that I needed a bodyguard when I went out in public due to all the hate rants," she said, according to Eyewitness News.

The 2009 arrest is when Pistorius is believed to have first come across former detective Hilton Botha, one of the first police investigators to examine the scene after Pistorius shot Steenkamp last Valentine's Day — a year ago on Friday.

After Steenkamp's shooting death, police said there had been previous incidents "of a domestic nature" at Pistorius' upscale Pretoria house without elaborating on them.