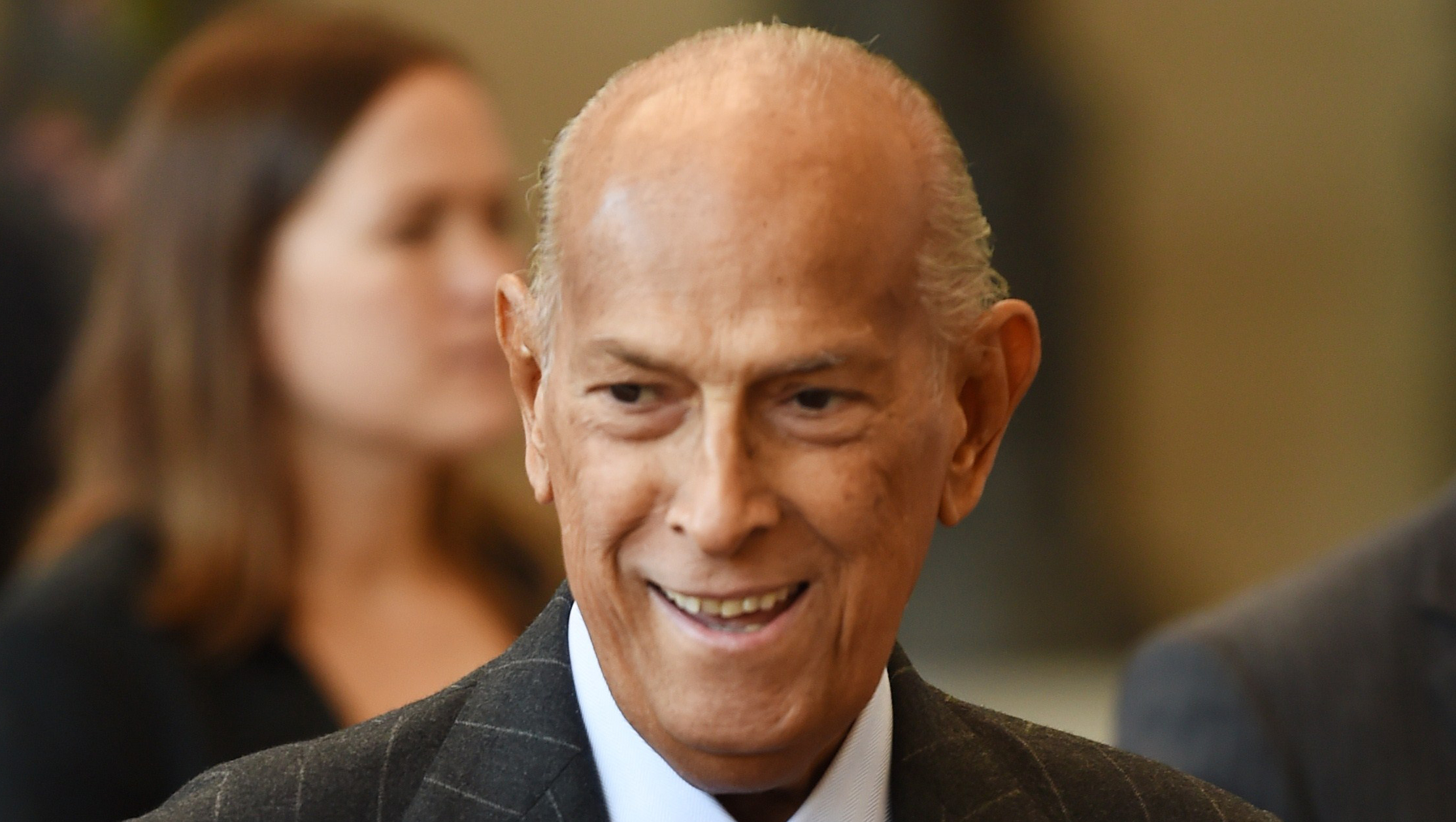 From Hillary Rodham Clinton to Hugh Jackman to Mikhail Baryshnikov, luminaries of the fashion, entertainment and media worlds packed a Manhattan church on Monday for the private funeral of legendary fashion designer Oscar de la Renta.

De la Renta died on Oct. 20 at his Connecticut home at the age of 82, following a battle with cancer. He died surrounded by his family and his dogs.

Jerry and Syd Shaw, who attended the funeral, said de la Renta worked until the end.

"That was his life. He loved it. He loved working. He loved people," Jerry Shaw said following the service.

"I think he would be overwhelmed because he had all kinds of people from all parts of his life," she said.

The Dominican-born designer, famous for his intricate workmanship and glamorous designs, was as admired on Hollywood red carpets as he was at socialites' soirees. Most recently, Amal Alamuddin wore a de la Renta-designed dress when she married George Clooney at a lavish wedding in Venice.

Monday's service lasted about one hour. According to the printed program, honorary ushers included the designer's son, Moises de la Renta; TV newsman Charlie Rose, and singer Julio Iglesias. Readings were to be given by Clinton, former Secretary of State Henry Kissinger, and former New York Mayor Michael Bloomberg, among others.

In the wake of his death, countless stars paid tribute to de la Renta, who was remembered not only for his designs but also for this kind nature.