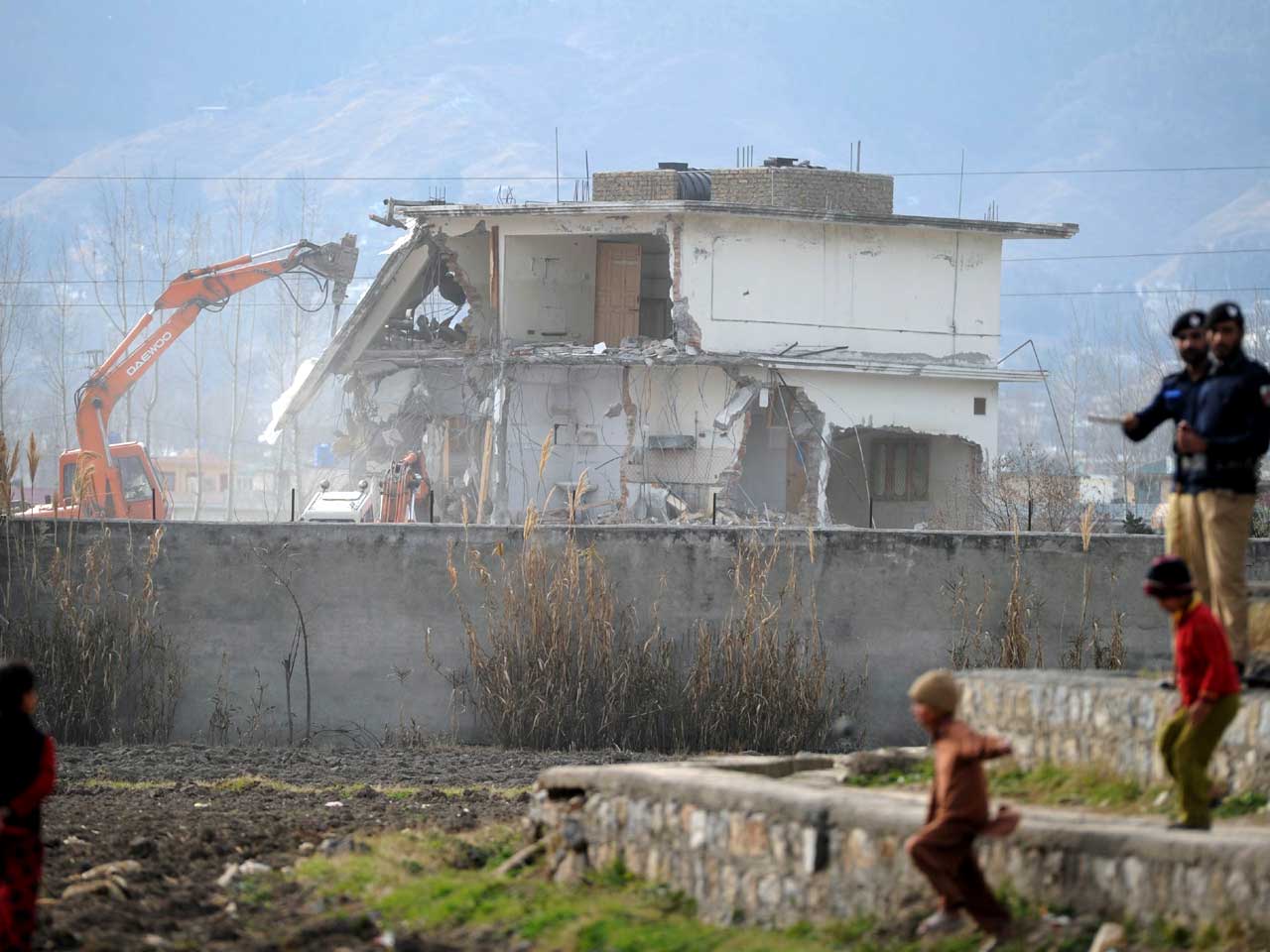 This story originally appeared on Global Post, and was written by Aamir Latif

(Global Post) ABBOTTABAD, Pakistan -- When Umair Ali visited this town where Osama bin Laden once lived, he says he got something much better than just a lousy T-shirt. He got a bike.

Ali, who lives nearby, was one of many opportunistic Pakistanis who scrambled to the hideout of the slain Al Qaeda chief before it was razed by authorities, believing that anything they find could be worth gobs on the international market.

Time was of the essence as Pakistani authorities -- in an apparent attempt to prevent the site from becoming a monolith that celebrated the terrorist leader's life -- brought bulldozers to the scene earlier this week.

Ali and others quickly scoured the grounds around the building and elsewhere in Abbottabad for anything that might have once belonged to bin Laden, or anyone associated with him, that hadn't already been confiscated by intelligence agencies.

Ali was lucky enough to find a bicycle. Although the bike was in bad condition, he believes its possible association with bin Laden could mean a handsome profit down the line.

"I had to fight others to get it from the site because many people wanted it," Ali, who owns a small shop, told GlobalPost.

"This is a broken bicycle at the moment. But you will see. In the future, it will be considered something to impress others. Many locals and foreigners will be happy to showcase this bicycle in their houses."

Although Pakistan gave no warning that the compound would be razed and gave no official comment afterward, an official speaking to GlobalPost on the condition of anonymity said the site was demolished because it had become an unwelcome attraction for the country and was regularly swarmed by domestic and international media outlets.

Pakistani security forces have never allowed journalists to go inside the compound and several foreign journalists, and even the Danish ambassador and his wife, were briefly detained for trying.

Bin Laden's presence in Pakistan, as well as the US raid that killed him, created deep fissures between not only Pakistan and the United States, but also within Pakistan itself. The fact that bin Laden was found not one mile from one of the country's most-celebrated military academies was an added embarrassment and some analysts believe the government just wants to put the whole affair behind it.

Pakistani officials said that, in its place, a park would likely be built.

Other souvenirs from the scene -- including chairs, tables, cupboards, beds and windows -- were being quietly sold by local contractors hired to carry out the demolition to area residents who either wanted them as a memento or saw them as a potential investment.

One of the contractors said he wasn't going to sell the items he found right away, hoping that they would appreciate in value over time. He thinks that in the future the negativity surrounding bin Laden would dissipate, and he could openly exhibit the material at a gallery for a high price.

"Even now I have many buyers," he said. "But they are not paying as much as I expect in future."

Not everyone is in it for the money, of course. Hamza Nasir, a college graduate who works for a local company, said he bought a chair from one of the contractors for about $100 because he admired bin Laden, who was killed during the raid by US Navy Seals here in May.

"This could be the chair, or one of the chairs, Sheikh Osama would sit in," he said, proudly.

Hamza said he thought the Pakistani government demolished bin Laden's compound for the same reason the United States dumped his body at sea after the attack -- to make sure there was no place where supporters could go to mourn or worship him.

But, Hamza said, no matter what, bin Laden's memory -- and his ideology -- could never be eliminated.

"Osama was not just the name of a person. He was a reaction to the modern colonialism that was unleashed by the United States and its allies," he said. "Whenever I look at this chair, it will remind me of the struggle of this man, who was a terrorist in the eyes of the US and the West, but was for me, a symbol of resistance against modern colonialism."