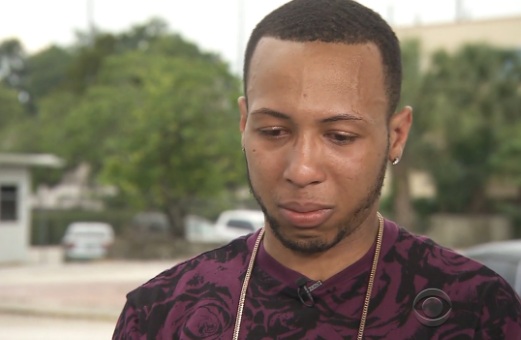 ORLANDO, Fla. -- An eyewitness to the Orlando nightclub mass shooting described to "CBS Evening News" anchor Scott Pelley the mayhem in the moments after the shooting began, and his narrow escape.

Witness Shawn Royster said that leading up to the shooting, people were enjoying themselves and having a good time at Pulse, a popular gay nightclub in Orlando.

"Next thing you know it was like mayhem," he said.

He started to hear gun shots inside the club, and said people began to scatter. He wasn't sure how long the gunfire went on.

"Honestly my mind was so gone at that point -- probably a good minute, a good two minutes," he said.

Royster heard a lot of screaming and yelling.

"They were like dragging bodies, people that were wounded, just to get them out of the way... Probably the worst fear I ever felt in my entire life," he told Pelley.

Royster eventually ran, and was able to narrowly escape by hiding under a truck across the street from the club.

"It just seems like it never was going to stop," Royster said of the gunfire.

To hear his emotional interview, and what he witnessed, watch the video above.