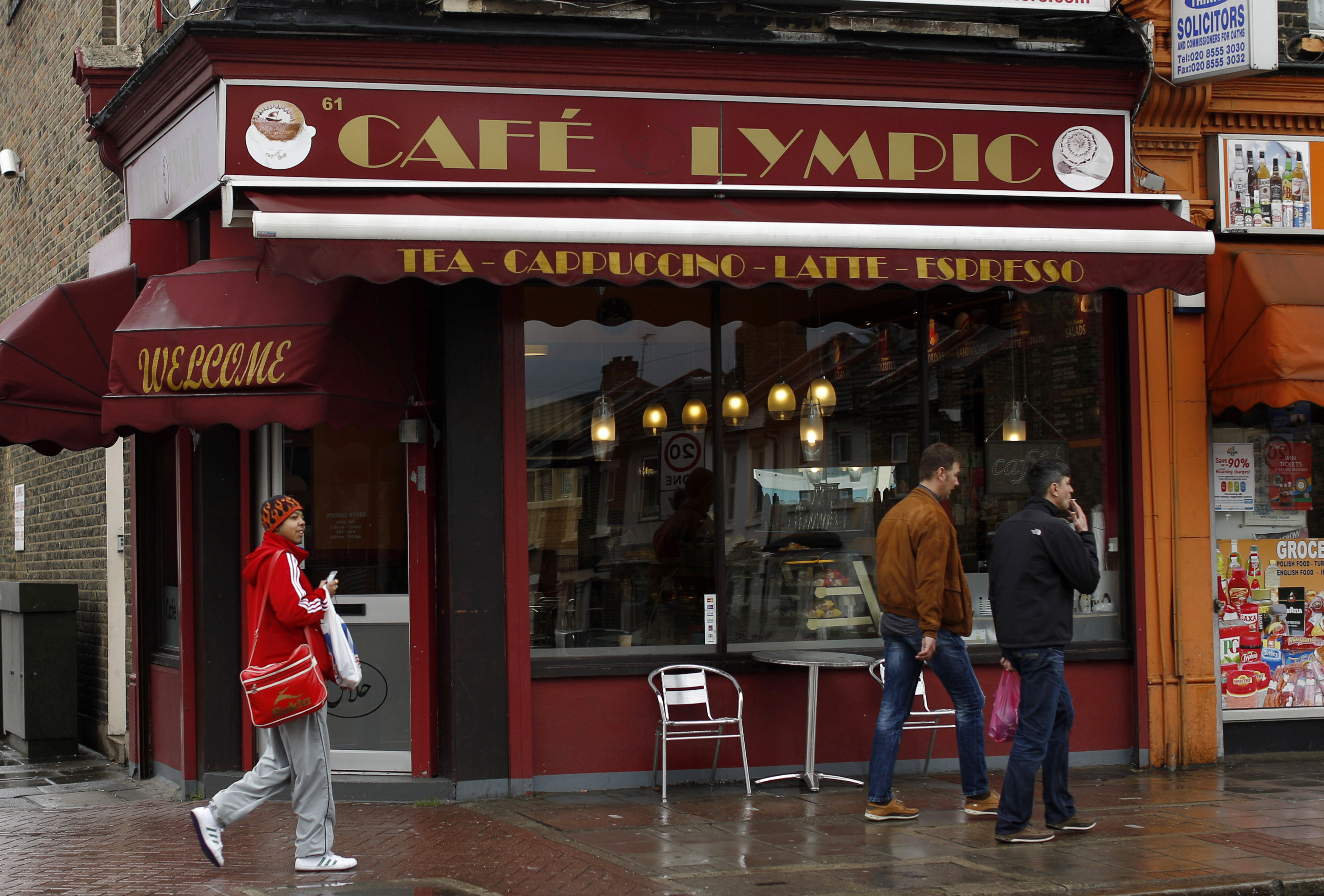 (AP) LONDON - One day, the small espresso shop near the site of the London Games was the "Olympic" cafe. The next day, it was the "Lympic."

The manager won't say. But it's more than likely the small business became another casualty in the battle against guerrilla marketers — advertisers who try to associate their products with a prestigious event without paying to be sponsors.

Protecting the Olympic brand is always a big job, and never more so than this year. Olympic organizers say the increasing sophistication of guerrilla marketers and the rise of social media are putting the five rings under assault in ways barely envisioned a decade ago.

That means action against anyone who infringes the Olympic brand or sponsors' deals — no matter how small.

"There's no question that the rings are instantly recognizable — it's what makes it attractive," said Stephen Greyser, an emeritus professor at Harvard Business School.

He compared the efforts by non-sponsors to athletes trying to find loopholes in the rules against performance-enhancing drugs.

"It becomes an industry," he said.

The International Olympic Committee and London organizers raised more than $2.4 billion from the sale of marketing rights in the four years through the 2008 games in Beijing, providing more than 44 percent of their funding during the period.

The rings are among the world's most recognized symbols. Companies like McDonald's, Coca-Cola and Samsung, which pay as much as $100 million each to be official sponsors during each Olympic cycle, expect organizers to protect their rights.

They expect organizers to protect their rights. If others can use the rings and the name "Olympic," why should the big companies pay so much money?

"Without our sponsors, the games simply wouldn't happen," London organizers said in a statement. "They provide funding, products, services and expertise to help us stage the games and with that have purchased exclusivity in their sector."

British lawmakers did their part, passing a law — described as draconian by critics — that gives organizers the power to bar companies from using Olympic trademarks and even certain combinations of words — such as "London 2012" — that may infringe on the rights of sponsors.

"Where there are serious or deliberate attempts to ambush the Games ... we will take swift and firm action," London organizers added.

But if the crackdown on guerrilla marketers goes too far, it could anger those attending the games or going about their business in London. Organizers will find it hard to tell people they can't wear their Nike T-shirt into Olympic Stadium because adidas is the sportswear partner.

"It's fine to clamp down on the threat, but where it impacts the individual, it's going to be very difficult for (London organizers) to get it right," said Hugh Tebay, a partner at Sipara, a British law firm that specializes in trademark and branding. "If public reaction is too strong, they'll have to backtrack."

Such worries played out during another big international event, the 2010 World Cup in South Africa. The Bavaria brewing company outfitted some 30 Dutch women in mini-dresses in its eye-popping trademark orange for the Netherlands' opening game against Denmark. When the ringleaders were caught and authorities in Johannesburg threatened jail, Bavaria agreed to refrain from future marketing ambushes until 2022.

Four years earlier at the 2006 World Cup in Germany, the brewery gave fans orange lederhosen. Guards confiscated the Alpine-inspired pants, forcing hundreds of fans to watch a match in their underwear.

Then there are the infamous cases, such as in 1992, when non-sponsor Nike held news conferences with members of the U.S. basketball team. Michael Jordan, who had an endorsement deal with Nike, accepted his gold medal while covering up the logo of the team's official sponsor, Reebok.

Some companies are already flying close to the sun in London.

Why do otherwise upstanding companies press to see just how far they can push the rules? It's because marketers lie awake at night hoping to link their brand to athletes overcoming all odds to win before a global audience.

The Summer Olympics are valuable because they occur so infrequently — once every four years — and the competition includes virtually every country on the planet. Although soccer's World Cup is similar in terms of national fervor, it goes on for longer, diluting its appeal, and it is less popular in that market of markets, the United States, Greyser said.

Unlike a typical sporting even that attracts mostly men, the Olympics draws in both men and women.

And then there's social media. While Olympic officials previously only had to worry about ads and billboards, now they must also police Facebook, Twitter and blogs. And not just by companies, but by fans and athletes.

Athletes have all sorts of personal endorsement deals, creating more headaches for Olympics organizers. During the games, athletes will be barred from tweeting about sponsors. If they prefer Pepsi to Coke, they had better not say so, at least not in their Twitter feed, according to IOC rules.

It's not clear what would really happen if an athlete as famous as Bolt were to violate those rules. Organizers say they will take a pragmatic approach and that most cases will be dealt with "in an amicable way."

Still, it's a little sad to go by 61 West Ham Lane and see the maroon sign with the "O" rubbed out.

"We really did put the pressure on," said regulator Steve Miller, who heads a body to standardize local regulations. The group has since stepped away from the branding business.

Cafe workers say the "O" vanished after they became tired of talking to reporters. But even Miller confessed to being somewhat startled, having wandered by one day to see it missing.

"I thought it had fallen off," he said.