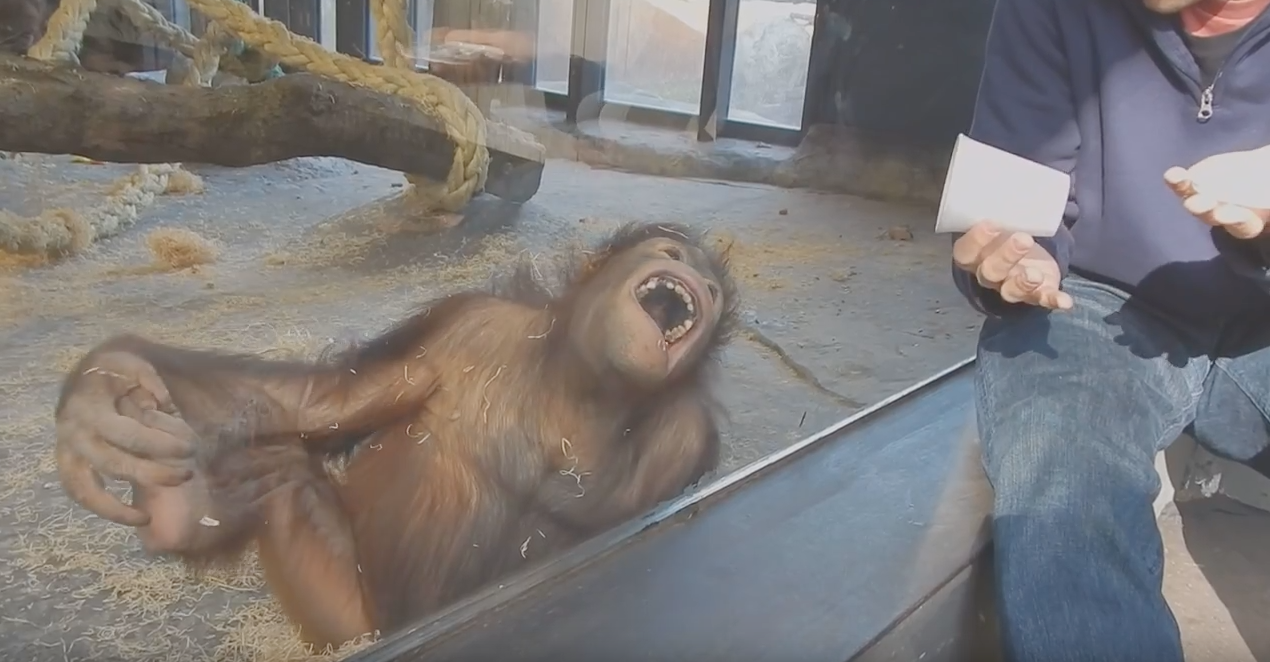 One orangutan at the Barcelona Zoo can't stop monkeying around when it comes to magic tricks. A visitor performed a simple magic trick for the animal watching from behind a glass enclosure, and the curious simian's reaction might just be one of the funniest things you'll see all day.

In a YouTube video posted by Dan Zaleski, the ape watches as a chestnut is placed in a Styrofoam cup. The man puts on a lid, shakes the cup, and quickly dumps it out of view before returning the cup back before the curious orangutan, who stares at it intently. He removes the lid and holds the now-empty cup up for the ape's inspection.

The primate briefly pauses before reacting in the best way possible -- he throws his head back, opens his mouth wide, and appears to laugh uproariously, falling back in disbelief, legs in the air.

In its first week online, the video racked up more than 12 million views.

Zaleski added a message to the YouTube post suggesting that, "If you were moved as much as we were, seeing just how similar an orangutan is to a human, you can help save our cousins from extinction in the wild by supporting conservation work," such as the Orangutan Foundation International (OFI).