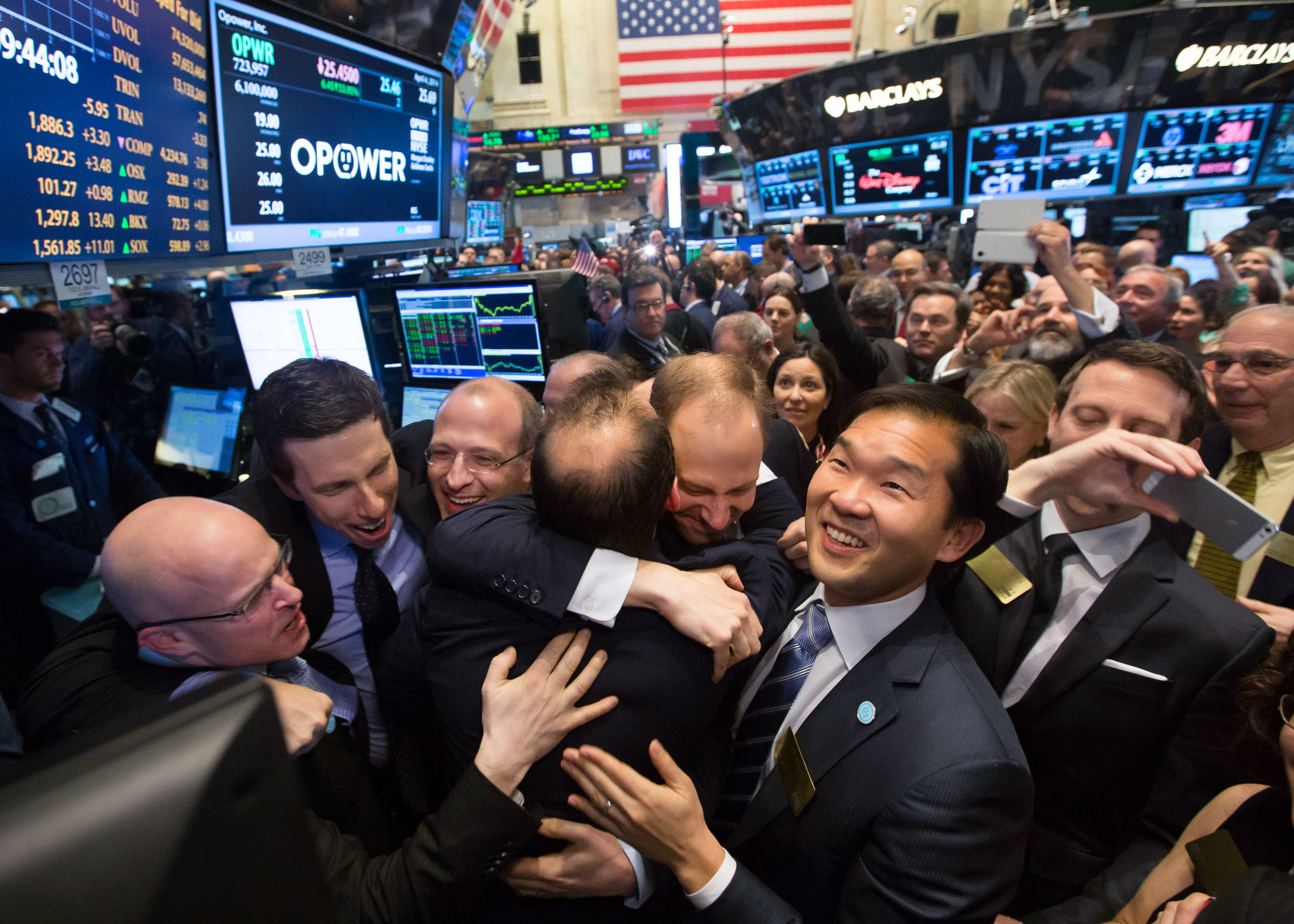 Energy efficiency company Opower (OPWR) had a busy IPO on Friday -- a day when many tech stocks took it on the chin. The stock was priced at $19 a share and spiked above $24 in opening trading, after which it settled down to roughly $23 a share. On Monday, it fell 6 percent to $21.75 as the overall market slumped.

OPower's initial run-up sounds like many successful recent tech IPOs, except, as the Wall Street Journal notes, Opower has neatly done something huge tech competitors couldn't -- convince consumers to use less electricity. Was the trick a better thermostat? More real-time online information about their consumption habits? No.

Although the Arlington, Va.-based company uses sophisticated technology, its advantage has been an understanding of people. Alex Laskey, president and co-founder, explained to the Journal that his experience doing political polling taught him that consumers don't want more technological applications in their lives, but would respond to accessible information that could save them money.

Opower's approach was in contrast to what Google (GOOG) and Microsoft (MSFT) tried. They both offered to consumers Web-based displays of information from smart electric meters. Hardly anyone cared and the companies shut the systems down. Startups found that consumers wouldn't install hardware to monitor power use. Even Nest Labs, which developed a thermostat that could learn an owners habits and set temperatures accordingly, didn't turn into a way of change consumer habits. (Google eventually bought the company for $3.2 billion.)

Opower targeted utilities as the buyer of its software. Opower ran energy efficiency profiles on the consumers and then sent paper reports to them. People saw their own energy use compared to those of their neighbors in a form they could follow without needing to master new software interface or a new device.

The results were the sort of practical social pressure that can drive successful marketing. Opower claims to have helped people save 1.9 terawatt hours of power and $234 million last year.

Why would a utility want to see consumers use less electricity and cut their bills? Simply put, the companies need to provide enough capacity to meet the demand, but may not want to bear the costs of bringing another power plan online to meet incremental new demand. Cut use in the right ways and the utility saves money on capital expenses, increasing profitability and improving public relations.

Opower's success isn't a triumph of technology. Instead, the company leveraged knowledge of how people act to create a simple product that would work so well that the industry would have good reason to buy it.