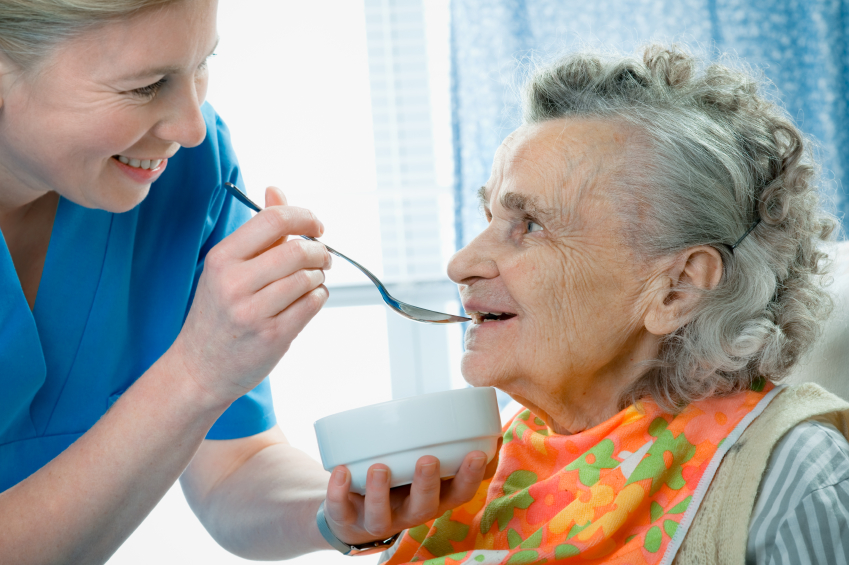 WASHINGTONA shocking new report from the Alzheimer's Association finds one in three adults over 65 dies with Alzheimer's disease or other types of dementia.

Alzheimer's the sixth leading cause of death in the United States, according to estimates from the Centers for Disease Control and Prevention (CDC).

Dying with Alzheimer's, however, is not the same as dying from it. But even when dementia isn't the direct cause of death, it can be the final blow -- speeding someone's decline by interfering with their care for heart disease, cancer or other serious illnesses. That's the assessment of the report released Tuesday March 19th, which advocates for more research and support for families afflicted by it.

"Exacerbated aging," is how Dr. Maria Carrillo, an association vice president, terms the Alzheimer's effect. "It changes any health care situation for a family."

Dementia refers to the loss of brain function that affects memory, thinking, language, judgment and behavior that is triggered by certain diseases. Causes include brain injury, strokes, alcohol abuse, use of certain medications, changes in blood sugar, sodium and calcium levels, Parkinson's disease, multiple sclerosis, infections of the brain and most commonly, Alzheimer's disease.

Already, 5.2 million Americans have Alzheimer's or some other form of dementia. Those numbers will jump to 13.8 million by 2050, Tuesday's report predicts. That's slightly lower than some previous estimates which predicted a "silver tsunami" of 16 million cases, driven in part by baby boomers who have started to reach age 65 in recent years.

Count just the deaths directly attributed to dementia, and they're growing fast. Nearly 85,000 people died from Alzheimer's in 2011, the CDC estimated in a separate report Tuesday. Those are people who had Alzheimer's listed as an underlying cause on a death certificate, perhaps because the dementia led to respiratory failure.

That death rate rose 39 percent in the past decade, even as the CDC found that deaths declined among some of the nation's other top killers - heart disease, cancer, stroke and diabetes. The reason: Alzheimer's is the only one of those leading killers to have no good treatment. Today's medications only temporarily ease some dementia symptoms.

But what's on a death certificate is only part of the story.

Consider: Severe dementia can make it difficult for people to move around or swallow properly. That increases the risk of pneumonia, one of the most commonly identified causes of death among Alzheimer's patients.

Likewise, dementia patients can forget their medications for diabetes, high blood pressure or other illnesses. They may not be able to explain they are feeling symptoms of other ailments such as infections. They're far more likely to be hospitalized than other older adults. That in turn increases their risk of death within the following year.

"You should be getting a sense of the so-called blurred distinction between deaths among people with Alzheimer's and deaths caused by Alzheimer's. It's not so clear where to draw the line," said Jennifer Weuve, an assistant professor of medicine at Rush Institute for Healthy Aging in Chicago, who helped study that very question.

The Chicago Health and Aging Project tracked the health of more than 10,000 older adults over time. Weuve's team used the data to estimate how many people nationally will die with Alzheimer's this year -- about 450,000, according to Tuesday's report.

That's compatible with the one in three figure the Alzheimer's Association calculates for all dementias. That number is based on a separate analysis of Medicare data that includes both Alzheimer's cases and deaths among seniors with other forms of dementia.

The report also highlights the toll dementia can take on caregivers and family members caring for loved ones who are suffering. In 2012, nearly 15.4 million caregivers provided more than 17.5 billion hours of unpaid care according to the association, valued at $216 billion. Nearly 15 percent of dementia caregivers live at least one hour away and incur double the out-of-pocket expenses of local caregivers.

Last year, the Obama administration set a goal of finding effective Alzheimer's treatments by 2025, and increased research funding to help. It's not clear how the government's automatic sequester cuts, which began earlier this month, will affect those plans.

But Tuesday's report calculated that health and long-term care services will total $203 billion this year, much of that paid by Medicare and Medicaid and not counting unpaid care from family and friends. That tab is expected to reach $1.2 trillion by 2050, barring a research breakthrough, the report concluded.

"Alzheimer's disease steals everything -- steadily, relentlessly, inevitably. With baby boomers reaching the age of elevated risk, we do not have time to do what we have always done," Robert Egge, vice president of public policy for the Alzheimer's Association, said in a statement. "The National Institutes of Health needs to reset its priorities and focus its resources on the crisis at our doorstep, and Congress must fully fund implementation of the National Alzheimer's Plan to solve the crisis."

"Free" screening? Know your rights to get no-cost care
Thanks for reading CBS NEWS.
Create your free account or log in
for more features.
View CBS News In
CBS News App Open
Chrome Safari Continue
Be the first to know
Get browser notifications for breaking news, live events, and exclusive reporting.