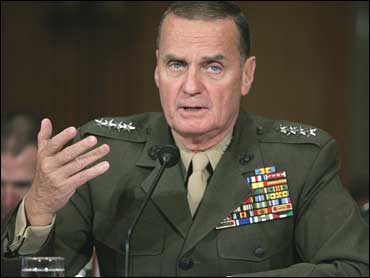 The news that Hillary Clinton will almost certainly be the next Secretary of State got the headlines this week, and why not?

We knew the President-elect liked Doris Kearns Goodwin's book "Team of Rivals," which told how Lincoln put his political rivals in his cabinet and made allies out of enemies.

But who would have guessed the President-elect would turn to the contemporary Team of Rivals - the Clinton marriage - for his top cabinet officer?

Not me. But Hillary Clinton has the credentials and the stature and may be an inspired choice.

Jones is a model public servant, served as a platoon commander in Vietnam, learned his way around Capitol Hill as liaison to the Senate Armed Services Committee, and after 40 years in the military handled sensitive diplomatic assignments for the Bush administration.

A strong coordinator is key because as George Bush found out, when you so put strong people in top jobs, instead of a team of rivals, they sometimes become rival teams.

George Bush could never find anyone with the stature and experience to keep his top people moving in the same direction.

In Jim Jones, Obama may have found just the person to do that.