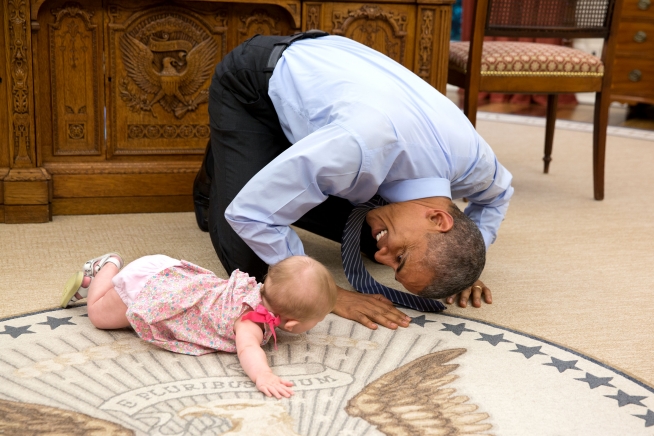 On Mother's Day, President Obama wants to talk to you about the "diaper gap."

In a post on Medium for the holiday, Mr. Obama explained that many low-income families struggle to afford diapers for their young children, a trend that can lead to health and well-being issues for not only the children but for the mothers.

"I can't imagine what it would have been like to be a parent that has to choose between diapers and other basic expenses," he wrote. "Access to clean diapers isn't just important for a child's health and safety. Research has shown that mothers who are unable to afford diapers for their babies are more likely to suffer from maternal depression and mental health issues."

According to Mr. Obama, 740 nonprofit locations around the U.S. are now part of the "Community Diaper Program," which helps provide free diapers for low-income families. Businesses donated more than three million diapers to diaper banks in March, he added, and other businesses have since donated an additional one million diapers.

Mr. Obama stressed the bipartisan nature of this issue, and thanked all the organizations involved in working to address the problem.

"Whether a Republican or Democrat, in the private sector or in public service, we all have a role to play in keeping our families and communities strong," he wrote. "So today, in addition to saying thank you to all the mothers out there -- looking at you, Michelle! -- I want to recognize all the companies, nonprofits, community organizations, and American citizens that have banded together to address the diaper gap."