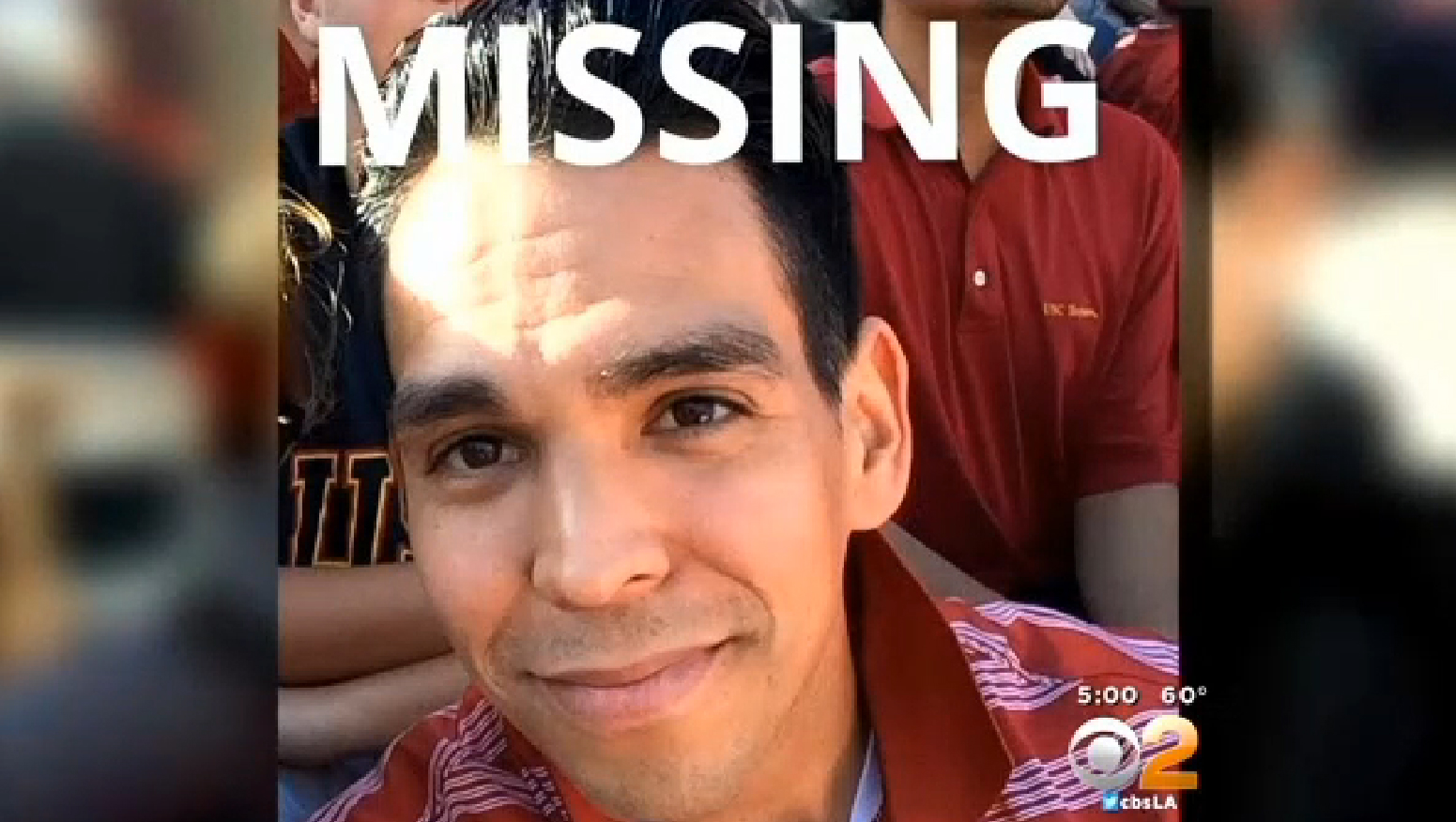 Omar Arce Meza, 33, of Los Angeles, was last seen around 11 p.m. Thursday at the Marriott Desert Springs Resort & Spa in Palm Desert, according to the Riverside County Sheriff's department. Meza is an executive for AIG Financial Distributors, according to the Los Angeles Times.

Meza arrived at the Palm Desert hotel on Thursday for business meetings, but didn't show up on Friday, according to police. His wallet and jacket were reportedly found on the golf course of the luxury resort, and his cell phone is missing, reports CBS Los Angeles.

Authorities can't say whether or not foul play could be involved, but they're following up on all leads, Armando Munoz, a Riverside County Sheriff's department spokesperson, told 48 Hours' Crimesider.

Investigators are using bloodhounds and search and rescue personnel in an effort to find him. Dive teams are also searching ponds at the resort, Munoz said.

"It's so out of character for him. He's highly responsible and reliable," Diane Meza told the Los Angeles Times.

Police describe Meza as five feet, ten inches tall and 155 pounds with black hair and brown eyes. He was last seen wearing a gray suit, a white shirt and a blue tie.