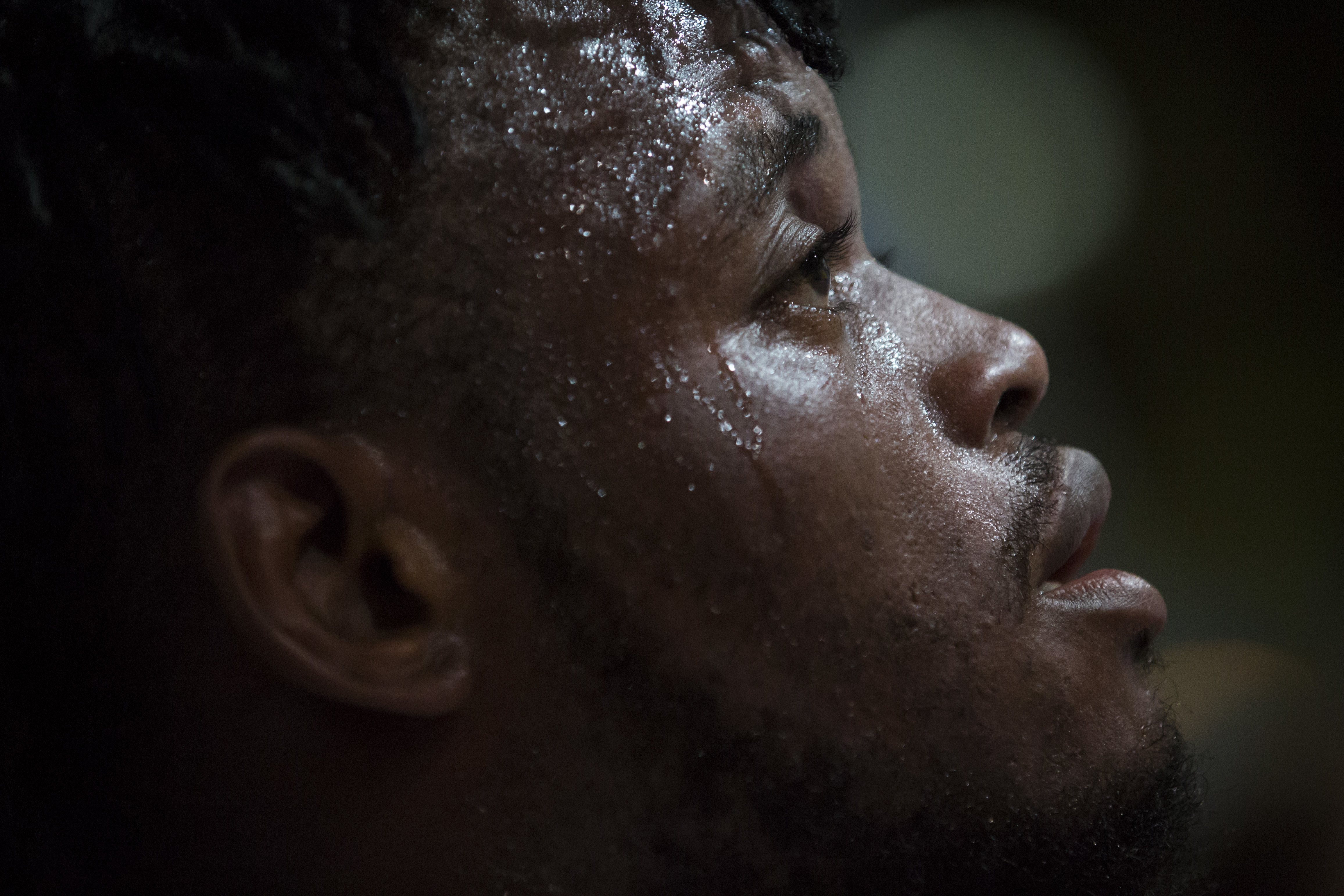 NAIROBI -- They were used to running barefoot on baking ground. They were raw, untrained. All eager.

Each day, the five runners who grew up in the Kakuma refugee camp pounded the dusty tracks past thousands of makeshift tents to pass the time.

Until there was a lifeline.

Workers from the foundation of former marathon world-record holder Tegla Loroupe arrived to hold athletic trials, and the five excelled. For this group of runners, many with no family and all with little schooling, running could offer food, a solid house. Proper shoes.

"When I started the project, I said 'What can I do with these people?'" coach Volker Wagner said. What he didn't have to worry about was their "eagerness to run."

The five runners are refugees, five of 65 million across the world who have been displaced from their homes. Now, they're also track athletes, and they're going to the Olympics.

The runners, all from South Sudan, are part of the IOC's first 10-member refugee team. It's a team of athletes whose roads to Rio de Janeiro have surely been harder, but whose journeys might ultimately be more heartwarming, than any of the other 10,000-plus athletes who will compete at the globe's biggest sports event.

"When we go to Rio we are going to give a message that a refugee can do anything any other human being can do," said Yiech Pur Biel, a 21-year-old 800-meter runner who now trains with the group at a base in the foothills just outside of the Kenyan capital of Nairobi.

The refugee team is made up of sportsmen and women who have talent and drive, and the same dreams of competing on the world's largest stage as athletes from all over the globe. But they have no way of representing their countries, countries they were forced to flee. So they've been given a flag, the Olympic flag, to march behind at the opening ceremony in Rio and to compete under at the games.

They have stories of unfathomable hardship.

Yiech was a 9-year-old boy caught up in the Sudanese civil war in 2005 when his mother - with no food and no other hope - left him with a neighbor and went in search of something to eat for her family. She didn't come back. Yiech was sent, alone, to the vast Kakuma refugee camp in northern Kenya.

James Nyang Chiengjiek wasn't much older, a child who herded cattle, when soldiers tried to kidnap him and force him to go to war. He ran away and also ended up at Kakuma, a camp teeming at one time with nearly 200,000 people, all homeless, many of them hopeless.

Scrambling to hide when her village was attacked by a rival tribe, Rose Nathike Lokonyen came across the dead bodies of her grandparents. She was 7.

Paulo Amotun Kokoro's childhood memories are of running, but not for fun or for sport. He ran for his life as bullets whizzed past his head.

Anjelina Nadai Lohalith was separated from her parents as a child more than a decade ago. The 21-year-old hasn't heard from them since, and can only hope that the news passed on to her that they are still alive is true.

"What I want to be is a champion," said Nadai Lohalith, whose event is the 1,500 meters. "One day, one time." She hopes for a successful Olympics but, more than that, a reunion with the parents she hasn't seen in more than 10 years.

The rest of the team is made up of two swimmers from war-torn Syria who, separately, made the treacherous voyage across the Aegean Sea on flimsy inflatable boats to reach Europe. They then trekked from country to country seeking shelter.

There are two judokas from Congo, rescued from war as children only to be abused, starved and locked in cages by their handlers as they pursued a sport they loved. And a marathon runner who left Ethiopia in fear for his life, who now drives a taxi in Luxembourg to make ends meet, trains alone, and still wins races.

Make no mistake their places at the Olympics have been earned: All 10 have met qualifying criteria.

It's still a steep curve, especially for the South Sudanese. They have only been in formal training for a few years at the most, some of them just months. But after the hardships they endured early in life, this challenge isn't that scary.

"If I compare the training or the duration of training with other people I am going to compete with, (it) is not the same. But, I do not fear that," Nadai Lohalith said.

They've come a long way, but Wagner said if any of them get through the qualifying heats at the Olympics, it'll be huge. But that's not the point.

It was never the point.

"When you give these people hope," coach Wagner said, "that made this project successful."

Most of all, they look forward.