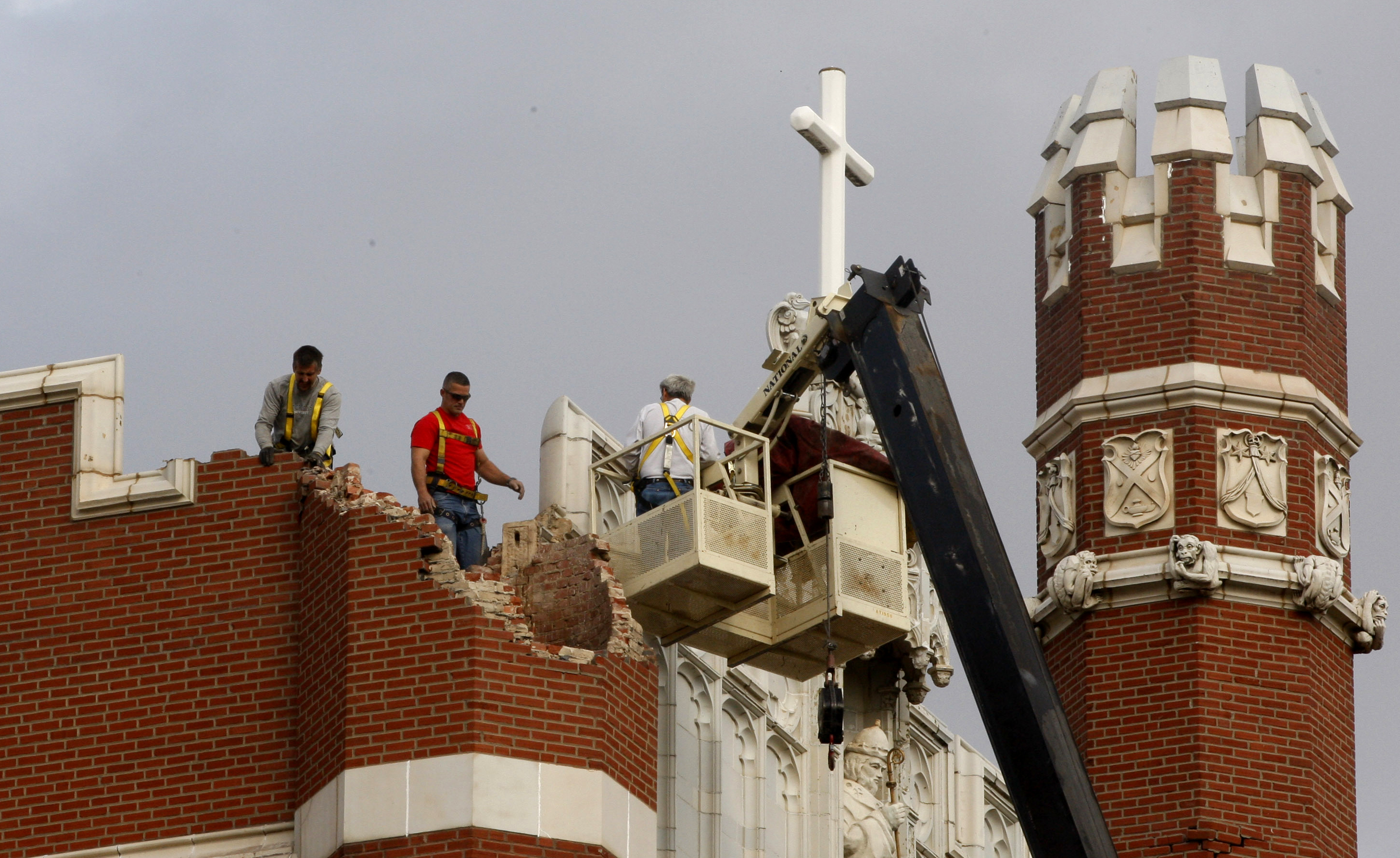 WASHINGTON — The rate of earthquakes in Oklahoma has dropped dramatically since late May, when the state limited wastewater injections into energy wells, an Associated Press statistical analysis shows. And a new scientific study says the state is on its way back to calmer times that prevailed before a huge jump in man-made quakes.

For quake-prone parts of Oklahoma, the state ordered what is essentially a 40 percent reduction in injection of the saltwater that scientists generally blame for the massive increase in earthquakes. This year, before the new rules went into effect on May 28, Oklahoma averaged 2.3 quakes a day. Since then the average dropped to 1.3 a day, based on AP’s analysis of U.S. Geological Survey data of earthquakes of magnitude 3.0 or larger. But some of those fewer post-regulatory quakes have been large and damaging.

“Definitely the rate of quakes have gone down,” said USGS geophysicist Robert Williams. “At the same time we had more magnitude 5s this year than ever before historically in Oklahoma. It’s good news on one hand. It’s heading in the right direction, but troubling to see these large damaging quakes in Pawnee and Cushing.”

Over the last couple years, scientists have linked a dramatic increase in earthquakes in Oklahoma, Kansas and Texas to the practice of injecting wastewater from hydraulic fracturing, or fracking, back underground after drilling for oil and gas. Higher volumes of wastewater injected are connected to more quakes with the fluids adding more pressure to tiny faults. After Kansas regulated wastewater volume in March 2015, a January AP analysis showed that Kansas felt fewer quakes, while less-regulated Oklahoma got more. In response, Oklahoma announced new regulations.

This November, Oklahoma had an average of less than a quake per day, though a 5.0 magnitude quake shook the vulnerable Cushing area where massive oil reserves are stored.

“The trend is obvious,” said Stanford University professor William Ellsworth. He said the AP numbers were similar, but not identical to a trend he calculated using a different database and different size earthquakes. He said the new regulations were partly responsible for the falloff in earthquakes, but he noted there also has been less drilling because of a crash in oil prices.

A study published Wednesday in the journal Science Advances by a different Stanford seismologist, Mark Zoback, saw the reduction in Oklahoma quakes and used intricate computer simulations to show that the rate of earthquakes will continue to go down and eventually return to near pre-2009 levels. Williams and Ellsworth, who weren’t part of the study, said Zoback’s work made sense.

“We’re not out of the woods yet. There is still a possibility for potentially damaging earthquakes,” Zoback said. “It’s going to take a few years for the situation to return to normal.”

Oklahoma officials said they plan to continue the regulations and are expected to release a new directive in the next couple of weeks for the 15,000-square-mile area where strong quakes rattled Pawnee and Cushing.

“Obviously the goal is to bring seismicity down to what, for Oklahoma, would be considered a normal level. That’s the goal,” said Matt Skinner, a spokesman for the Oklahoma Corporation Commission, the agency that oversees oil and gas operations. “Things will take time, but we’re going to move ahead with actions that will hopefully make that time sooner rather than later.”

Oklahoma has had three quakes magnitude 5.0 or larger since 2014, and two of them occurred after the May regulations took effect: The September 5.8 in Pawnee and the November quake in Cushing.

Pent-up pressure may be partly to blame, Zoback said. And Williams noted some injecting continues.

Mainly, though, “we don’t understand the plumbing down there,” Williams said.