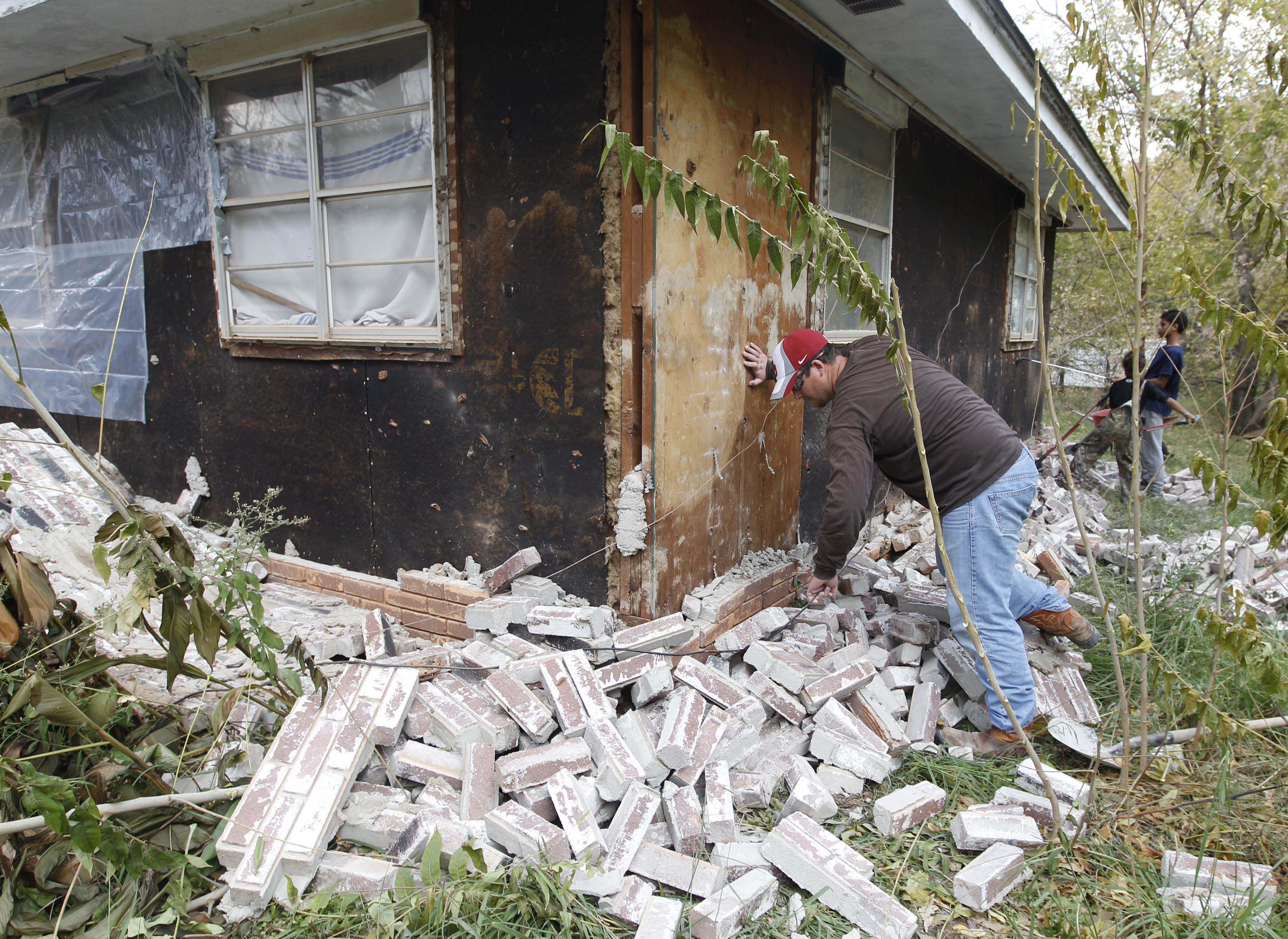 For residents in Oklahoma, thousands of tiny earthquakes in the past five years have mostly been annoying.

But a new study in Geophysical Research Letters suggests the future could be more dire, with the state possibly seeing larger temblors. It found that the same fault lines that have triggered earthquakes of between 3 and 4 magnitude are capable of producing events as high as 6.

The study, led by Dan McNamara, a research geophysicist at the U.S. Geological Survey, found that there were 3,639 earthquakes in Oklahoma between late 2009 and 2014, which was 300 times more than in previous decades. Several of these earthquakes caused damage and many were felt, with over 153,000 individual reports for 474 separate earthquakes entered at the USGS.

Many of those quakes occurred on average 3 miles underground along the Nemaha and Wilzetta fault zones, broad cracks in the Earth's crust in central Oklahoma that were originally formed 300 million years ago during what was then called the Pennsylvanian period or the late Carboniferous period.

Until recently, the faults in Oklahoma had largely been quiet so the huge increase initially puzzled scientists.

Several studies have traced the increase of earthquakes in Oklahoma as well as Ohio to the oil and gas industry's increased use of injection wells to bury huge amounts of wastewater underground. Resulting from enhanced hydrocarbon extraction operations, scientists believe the wastewater may increase the pressure on the rocks enough to cause seismic events.

A paper in Science last year concluded that four of the highest-volume disposal wells in Oklahoma are likely behind 20 percent of hundreds of quakes since 2008 east of the Rocky Mountains. And a 2013 study in the journal Geology concluded that a 2011 earthquake in the tiny remote town of Prague - a 5.6 magnitude temblor that was the largest in Oklahoma's history - was due to the injection of wastewater underground.

It, along with several others above 4, resulted in more than a dozen homes destroyed.

"If a similar size earthquake were to occur in Oklahoma City or near Cushing oil facility, you can image there would be a lot more damage and higher costs," said McNamara.

The study, which also identified several faults where earthquakes were occurring that had not been described before, will be used to develop a new earthquake-hazard map for Oklahoma that the USGS is planning to issue later this year. This will mark the first time the state's earthquake hazard maps will include suspected human-induced earthquakes, which will "aid in adapting building codes to ensure that structures can withstand more damaging earthquakes."

The USGS study was primarily done to track the location of the earthquakes, which faults were activating and the regions with potential to produce large earthquakes. Still, the study acknowledged that a "fundamental change in the earthquake triggering process may have occurred" and, of particular concern, is "whether wastewater injection by the oil and gas industry is influencing seismic activity."

"It's hard to image what else it would be," McNamara said. "Such an increase of seismic activity you only really see in volcanic regions or some place with very active tectonics like California or Alaska. It's very unprecedented to have such an increase in activity without something as crazy as a volcano happening and everyone knows there is no volcano happening in Oklahoma. If it's natural, it's unexplained."

The oil and gas industry initially insisted that fracking played no part in the earthquakes. But it recently has come to accept it may be partly to blame and embraced several measures being tried in Oklahoma to better monitor the earthquakes.

Among those is a "traffic light" system instituted in December 2013 where Oklahoma has the authority to shut down wastewater disposal wells when they appear to be linked to a flurry of earthquakes. It has twice take action, most recently shutting down several wells near the town of Cherokee after three magnitude 4 quakes occurred within a week.

Katie Brown, a spokesperson for the oil and gas advocacy group Energy In Depth, also said state regulators and geological surveys have formed an induced seismicity working group, as part of the State Oil and Gas Regulatory Exchange, to share science and develop best practices.

"Effectively addressing this issue requires a site by site approach, taking into account the fact that geological conditions are not uniform and similar wells in different areas may or may not have any nearby seismicity," she said by email.

Beyond the increased monitoring, McNamara also said it would help for the industry itself to be more transparent, a challenge when much of the oil and gas data is proprietary.

"Working with the industry a little more would be great," he said. "If we could get some of the information on their fault system, any detail they have on injection volumes. More data sharing would help."