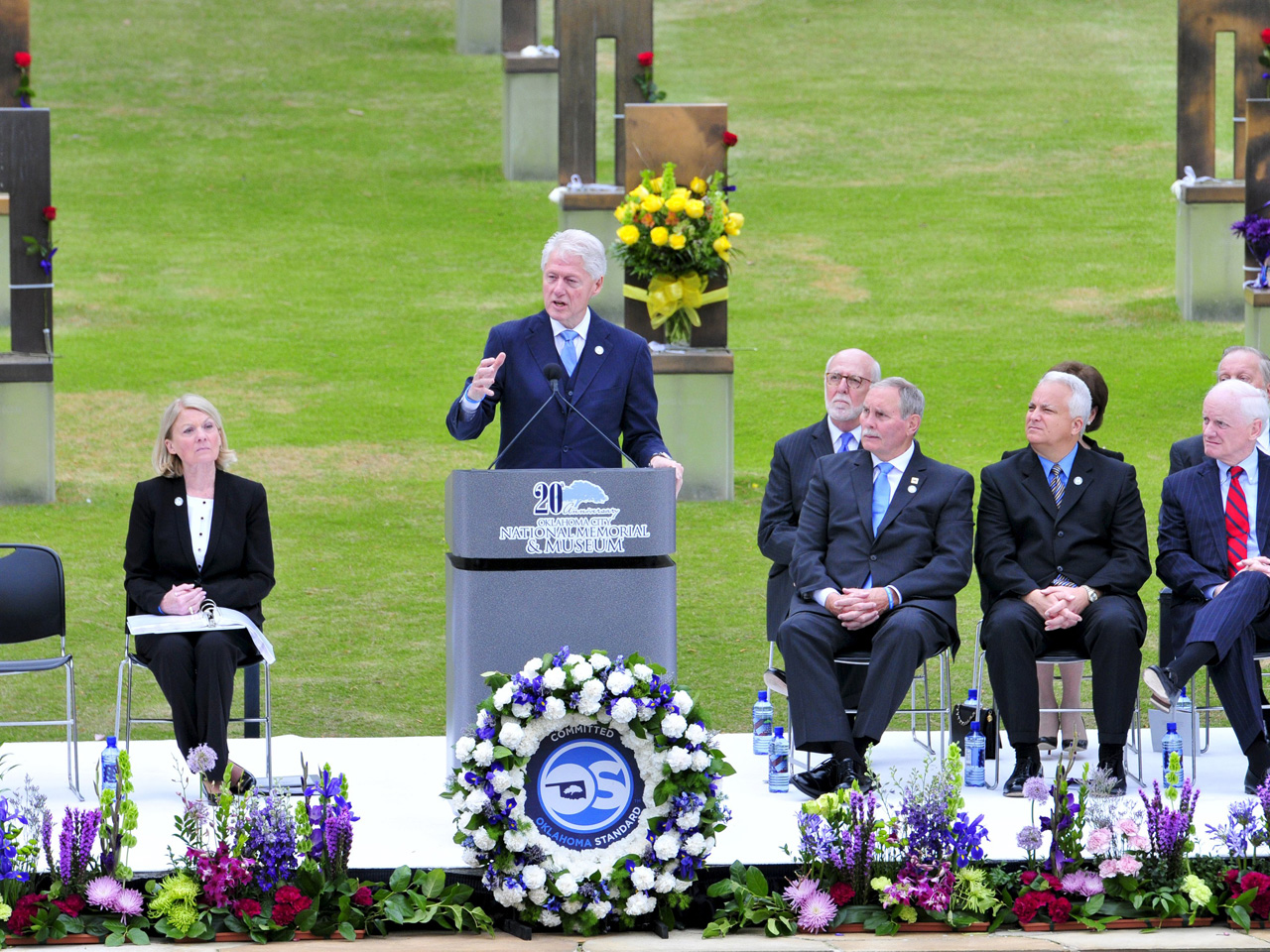 OKLAHOMA CITY - Several hundred people gathered at the former site of the Oklahoma City federal building to commemorate the 20th anniversary of the terrorist bombing there that killed 168 people and injured many others.

Survivors of the April 19, 1995, attack and relatives of some of the dead were among those attending Sunday's memorial service. The service began at 9:02 a.m., which was when the bomb detonated, with a 168-second moment of silence followed by a reading of the names of those killed.

"It's important to remember how tied we are and how much we, all Americans, owe Oklahoma City," Clinton said.

Timothy McVeigh, an Army veteran with strong anti-government views, was executed for carrying out the bombing. His accomplice, Terry Nichols, is serving life in prison.

The first time the victims were honored was on April 23, just four days after the bombing. Mourners gathered at the State Fair Park for a solemn ceremony, including Rev. Billy Graham, then-President Clinton and then-Attorney General Janet Reno.

On May 4, authorities ended the search for survivors. KWTV reports one rescue worker was killed and 85 others were injured trying to help save victims.