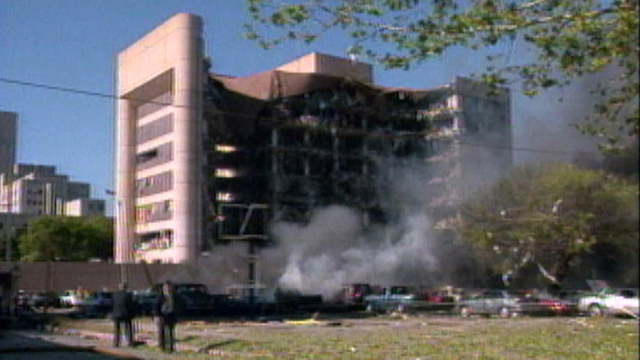 At 9:02 in the morning, on Wednesday April 19, 1995, the Alfred P. Murrah Federal Building in downtown Oklahoma City was bombed by Timothy McVeigh and Terry Nichols, killing 168 people and injuring hundreds more.

As the 20th anniversary draws near, 60 Minutes remembers the lives lost in an act of American terrorism that rocked the nation.

In 2001, the late Ed Bradley accompanied survivors and family members of victims to the Oklahoma City National Memorial. (Watch that story in the above video player.) A once chaotic and devastating scene had been transformed into a memorial to the victims, families, and survivors of the bombing.

The previous year, in March of 2000, Bradley conducted the only televised interview with Timothy McVeigh at the U.S. penitentiary in Terre Haute, Indiana. At the time of the interview, McVeigh was on death row, awaiting his execution.

Just before McVeigh's death, Bradley sat down with a group of survivors and family members of victims to discuss McVeigh's interview and execution.