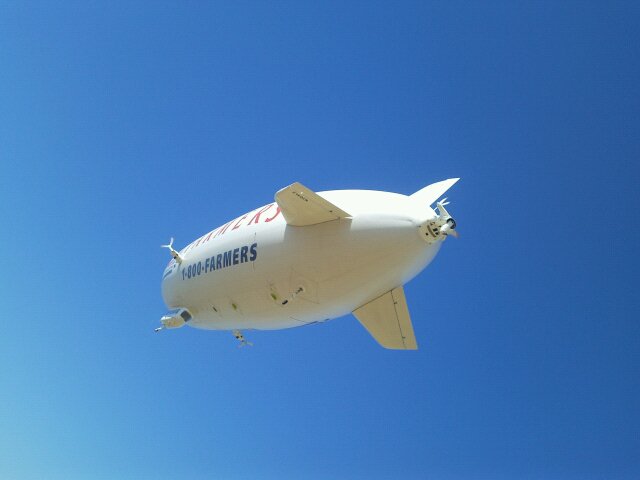 WORTHINGTON, Ohio -- A 94-year-old Ohio woman says she didn't realize a breakaway blimp had landed in her backyard during the night until police knocked on her door hours later.

The 128-foot-long blimp broke free of its moorings at a Columbus airport during strong winds early Sunday and drifted to the sky, then landed in Lillian Bernhagen's backyard in Worthington, less than two miles (three kilometers) from the airport, Ohio State University's Don Scott airfield. No one was aboard.

Bernhagen says she heard a bang while she was in bed but didn't think much of it because forecasters had warned of stormy weather overnight. She says she was stunned when she saw the remnants of the white and blue blimp covering half her backyard.

"Early Show" news anchor Jeff Glor had the story. To see his report, click on the video at the top of this story.